What's New in 0.8.1
- fixed a bunch of typos (thanks to Franka!)
- aligned the relationship bar thumb so it's better centered
- now the "hazel death" achievement should correctly trigger for ALL the scenes in which, duh, she dies and not just in one as before


This is the initial beta release (version 0.8 ). Nothing should be missing. Being a simple VN with choices I'm just looking for typos or (hopefully not) plot-hole or maybe unclear things.

I'm setting up redeem stuff for both Patreon and Kickstarter using itchio built-in system. For Patreon should be simple (anyone in the $15 tier can get the game), for KS might take me a little more time since it's the first time I do this

As always Steam keys will be added once the game is out there, and you'll be able to redeem them from itchio website!
Top

Is there a way to toggle lines for typo/bug reports? I tried F1, but that displayed a help screen.
Top

Aside from the usual eyes over hair and teleporting nose rings/swords, etc. from mirrored poses, this seems pretty polished. I will have a bunch of typos listed some time tomorrow after finishing the last couple of endings and checking some different dialogue choices.

I'm not sure I like the choice structure of not knowing what you'll actually say and thus have no way of predicting if you're going to insult someone or what, but I guess it is what it is, and we'll always have saves and rollbacks.

Other than that, I unpacked the script to check ending requirements, and was just wondering if you intended to make use of the sasha_suspect variable, because I see it changed but not used anywhere?
Top

Yes, though there's some room for mistakes and there are a few "explicit choices" (I mean where the text you say is displayed) that give more relationship point. Since it's relatively simple I figured out is enough to rollback in case you make a bad choice (depending what you want to accomplish).
And no the sasha_suspect is not going to be used indeed, I put it there when was writing it since wasn't sure about the final part yet, but then I thought was better to keep that "flashback reveal" to always unlock at specific point of the story for maximum effect

i just installed hazel and put censored off and sexy amour and sexy outfits on then went to put it in full screen the game crashed and whenever i try to open it again its not popping up is this a bug?
Top

I don't think that the uncensoring is the reason, maybe some graphic driver issue? As always if you have an error message you should post it here so I can understand. But I think could be a renpy issue. This game uses fullHD resolution so if you have a very old computer that might be the reason (but I'm not sure).
What OS are you using ?
Top

I'm going to do typos in the most annoying way and post screenshots, ten at a time (in spoilers). Only bug(?) I came across was that Hazel's Death achievement (Unlock one of Hazel's death scenes) only unlocks in one specific path, not any of the other times she dies.
Top 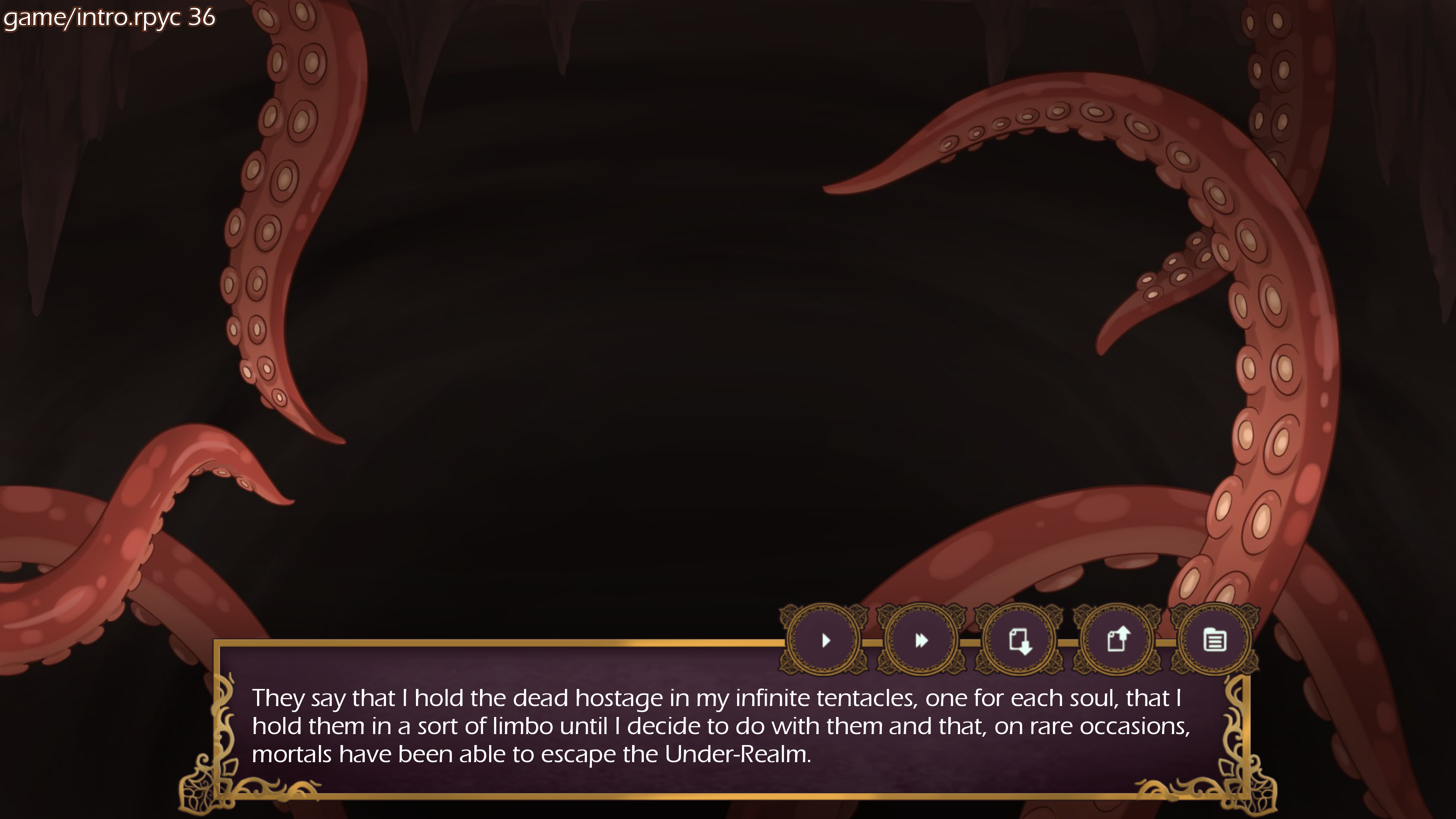 decide what to do 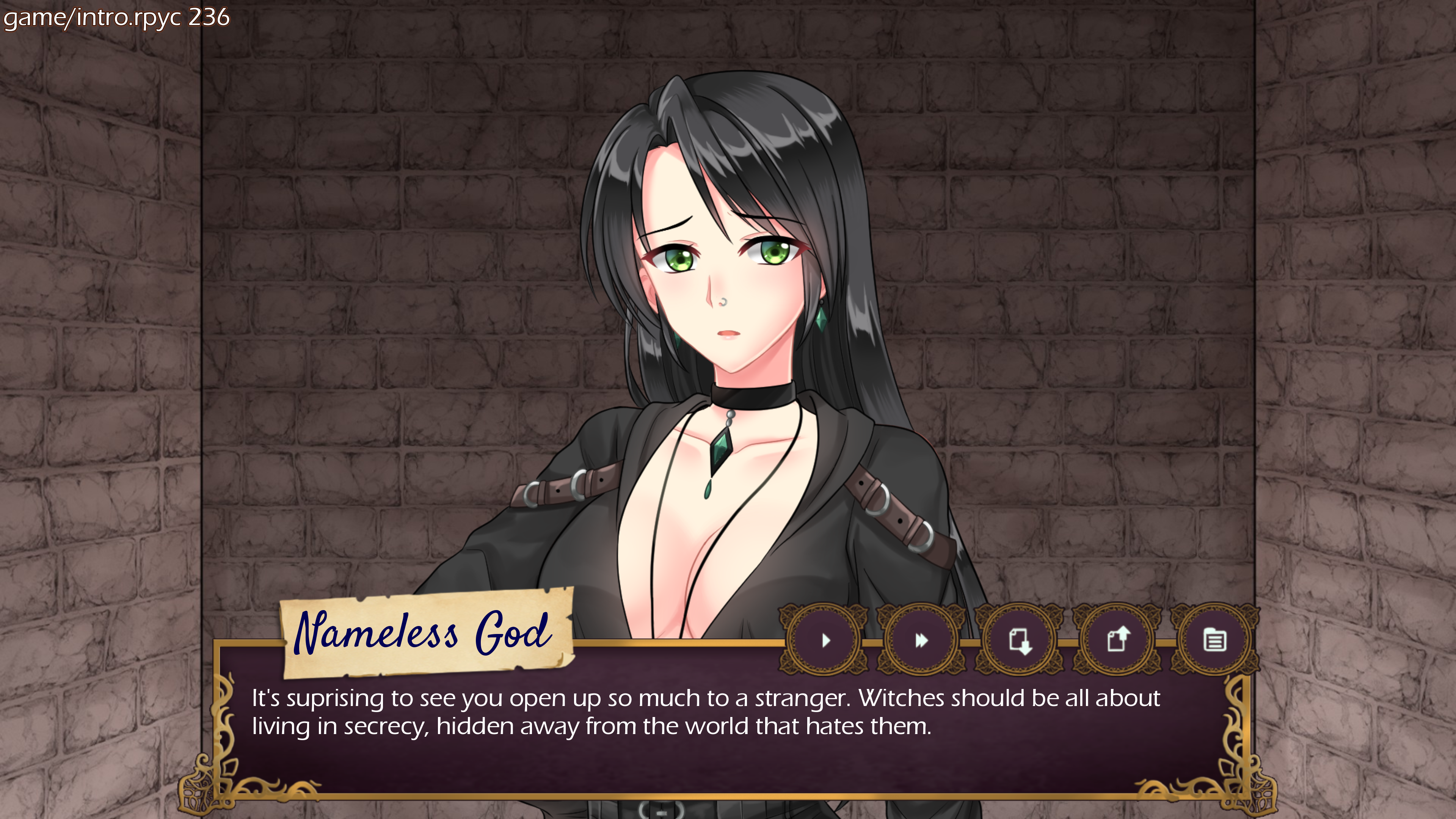 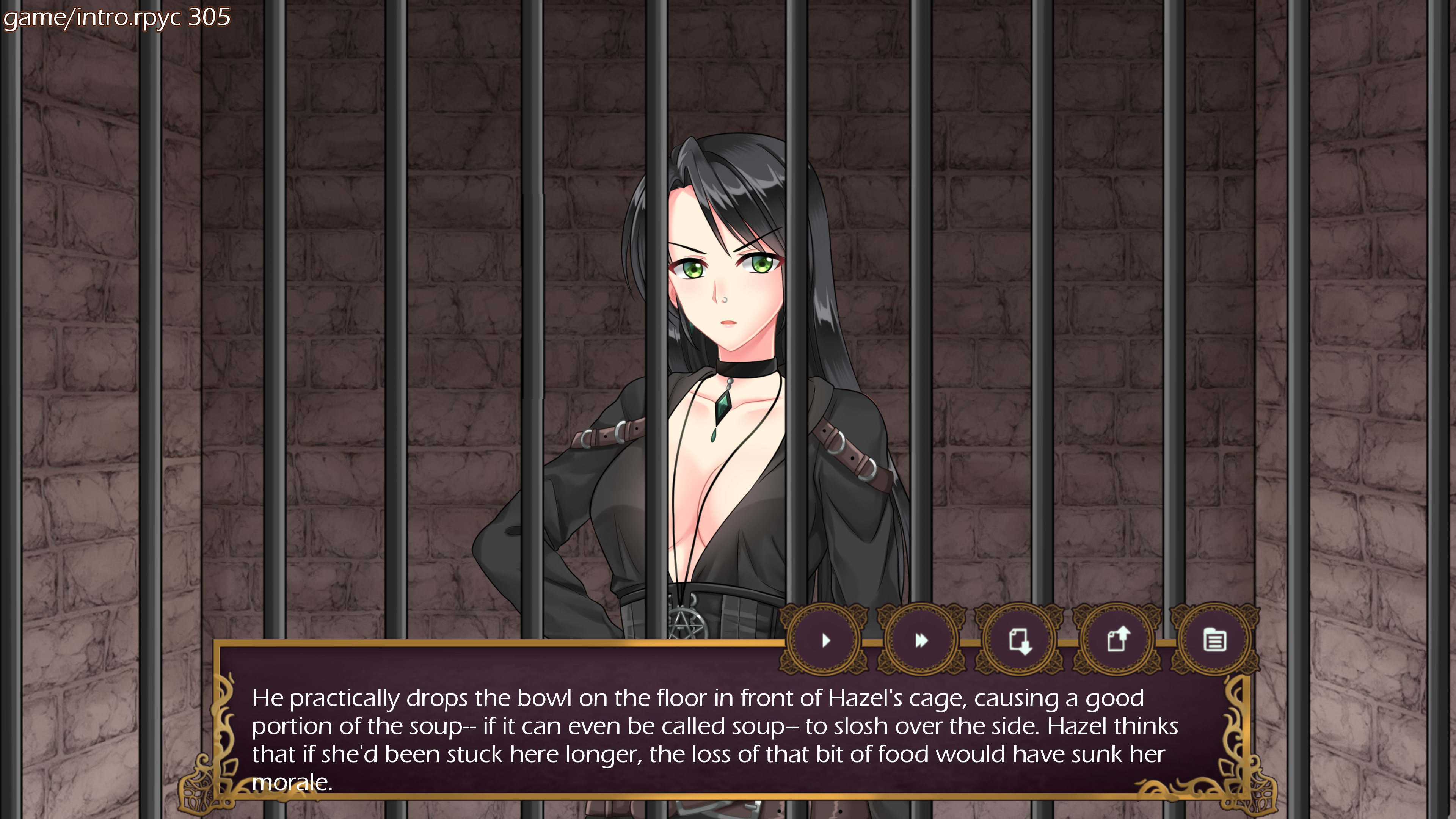 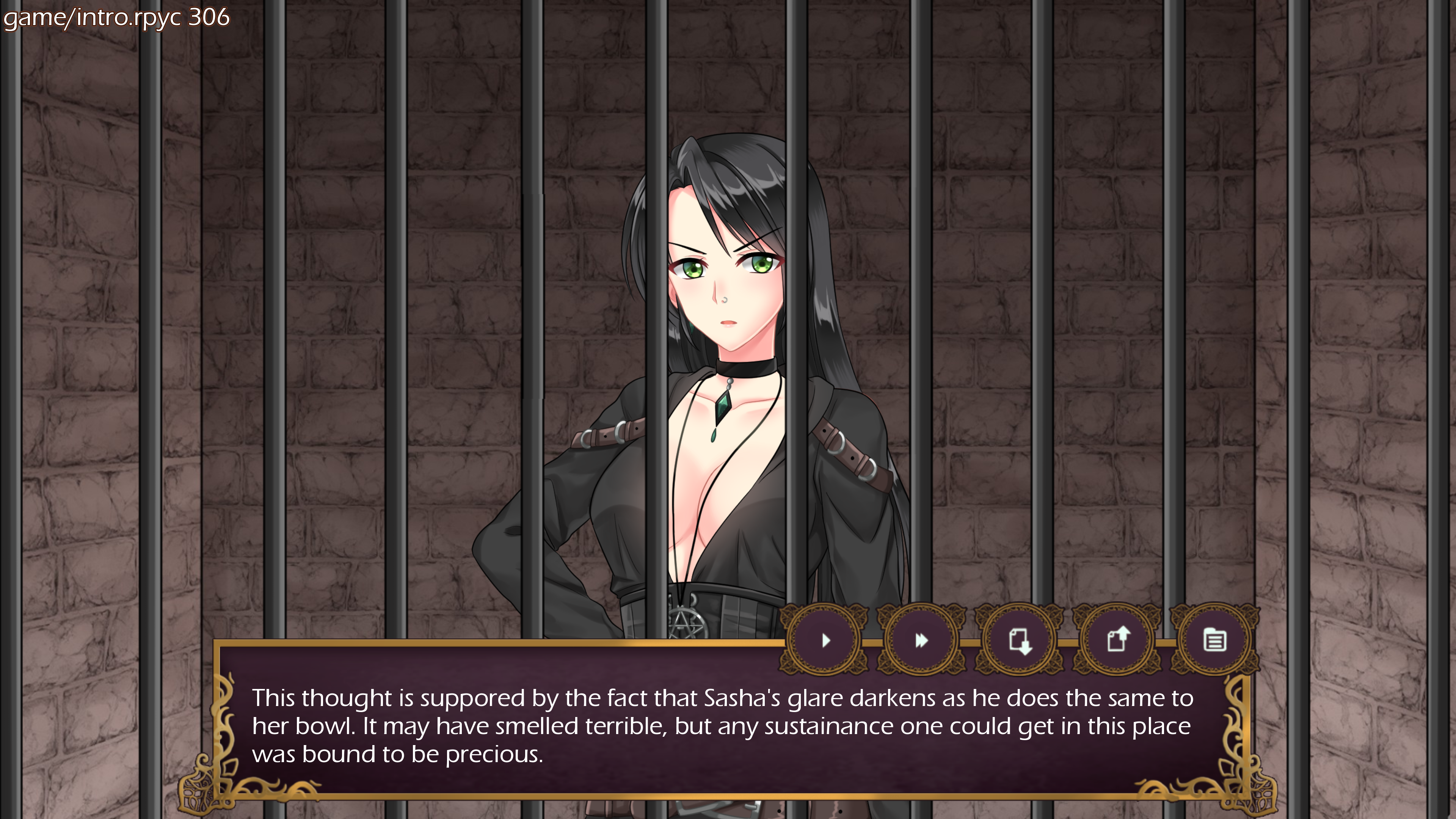 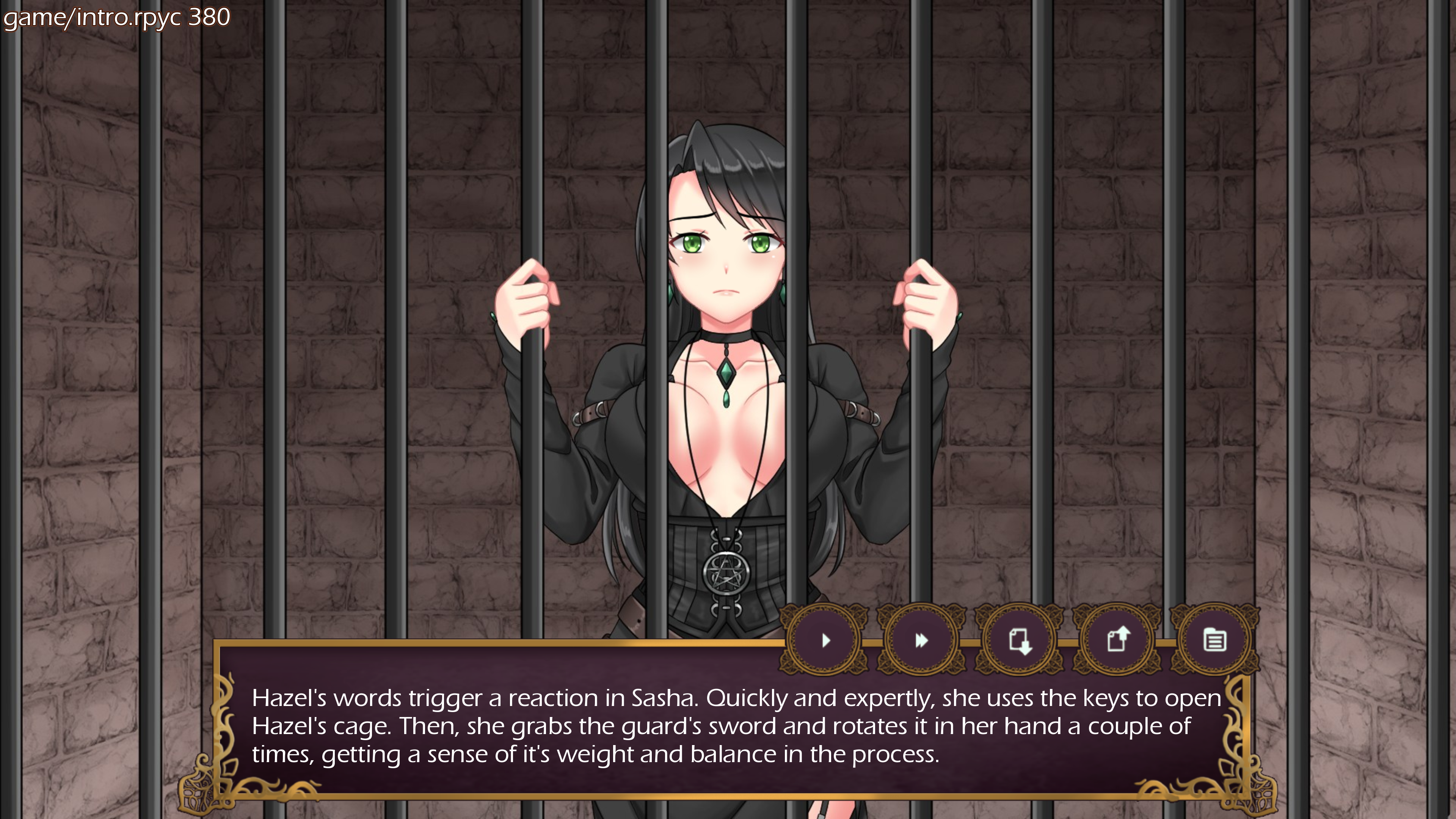 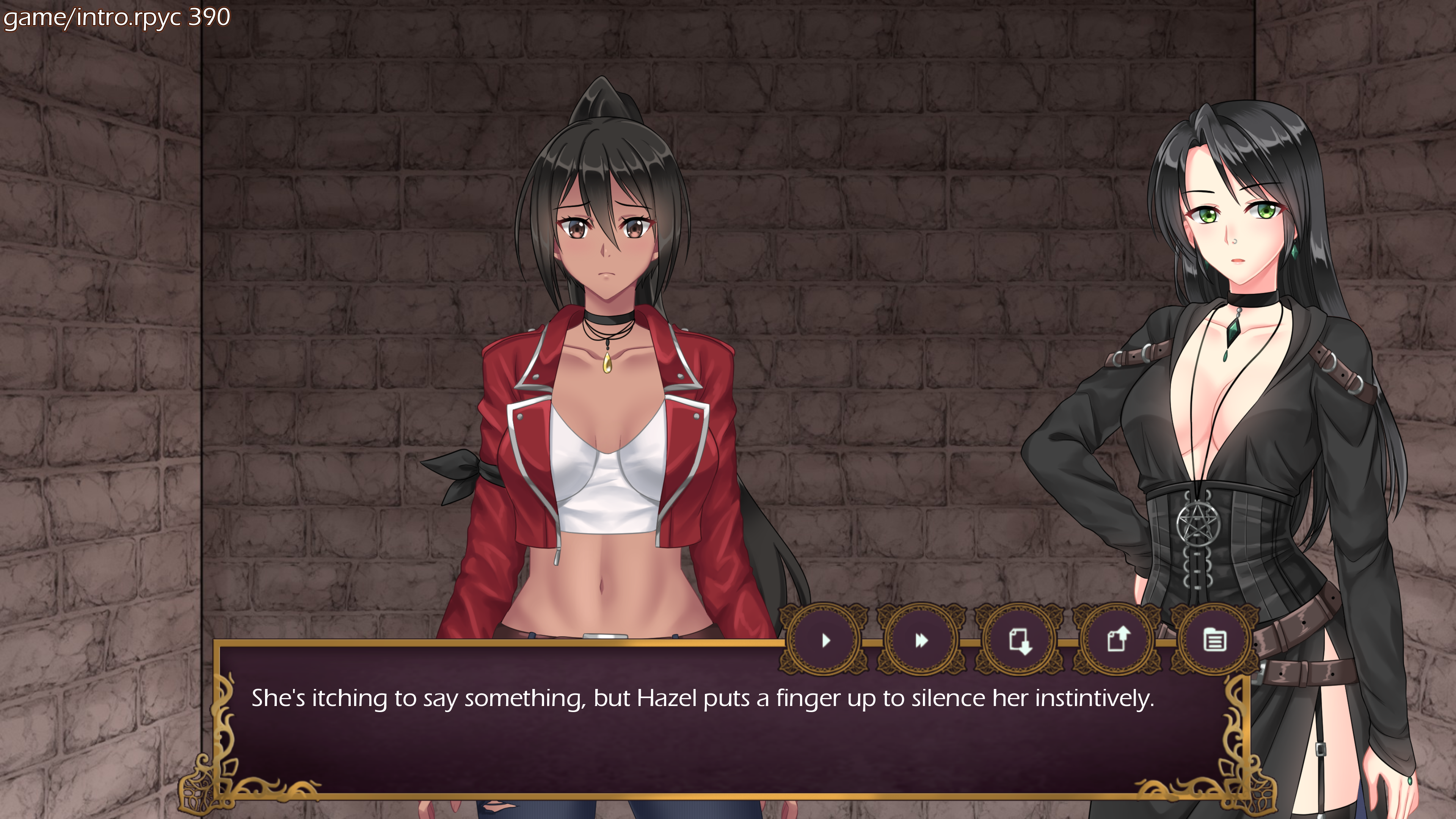 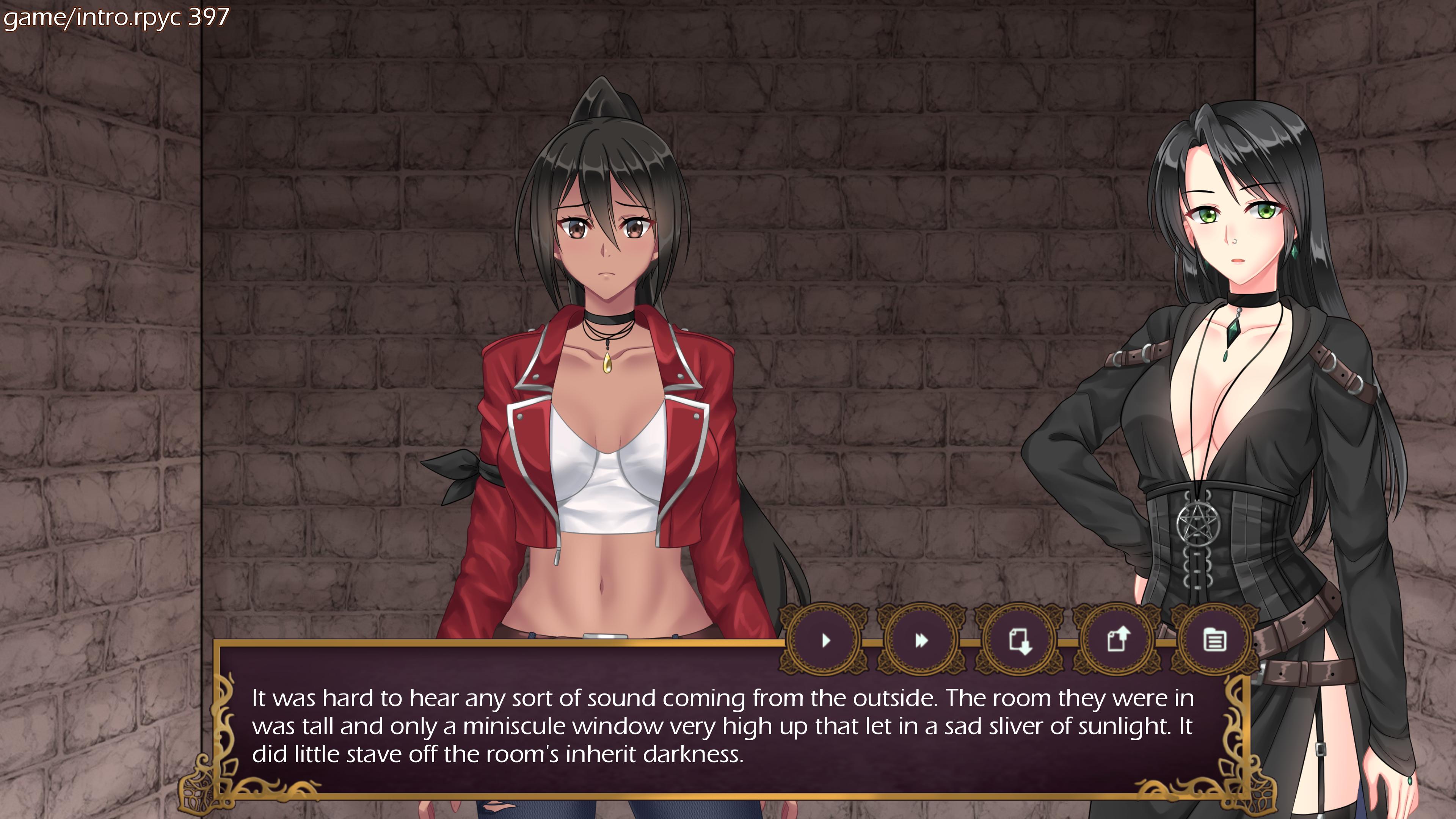 up that let
it did litle to stave off 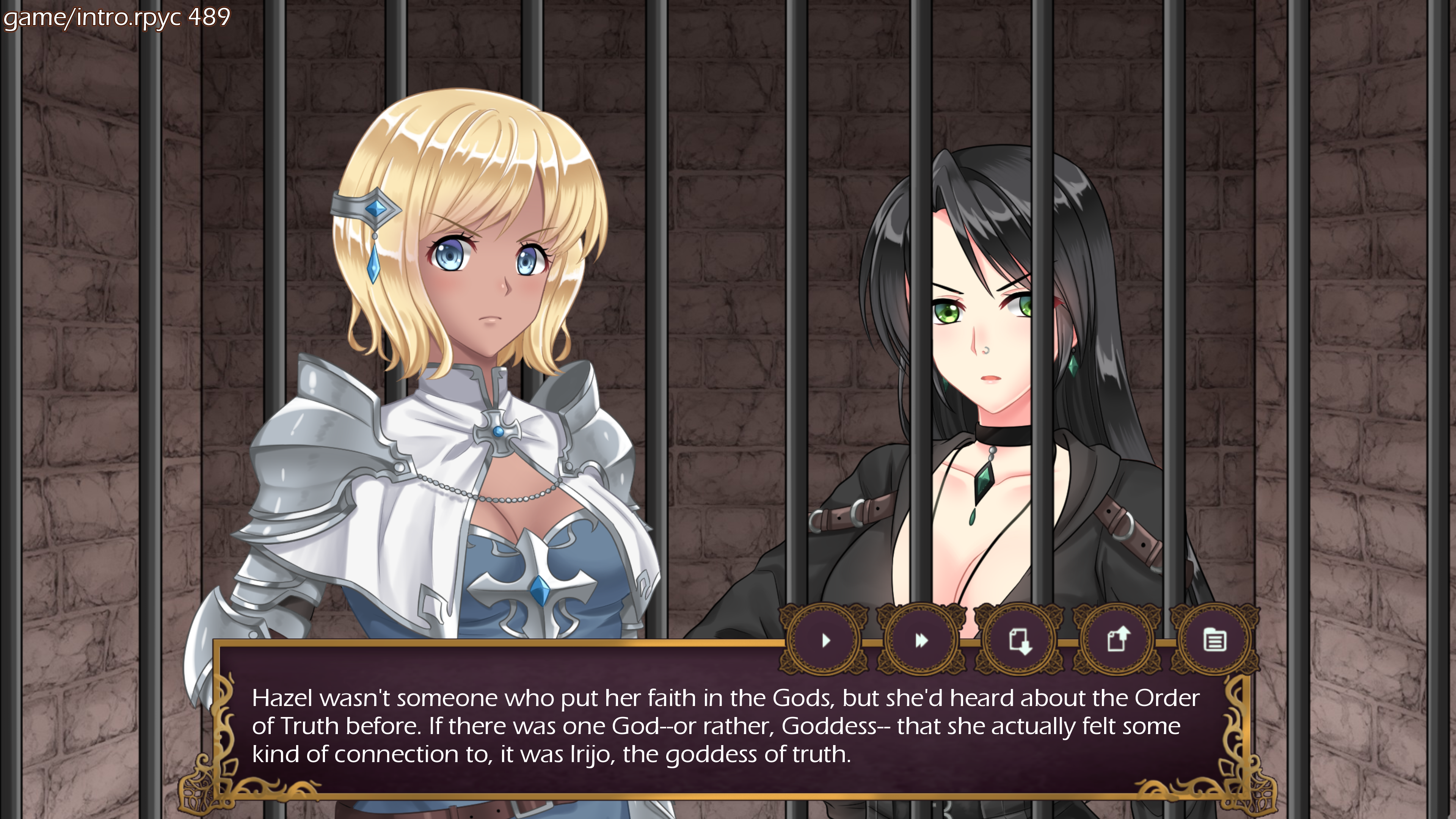 the Goddess of Truth 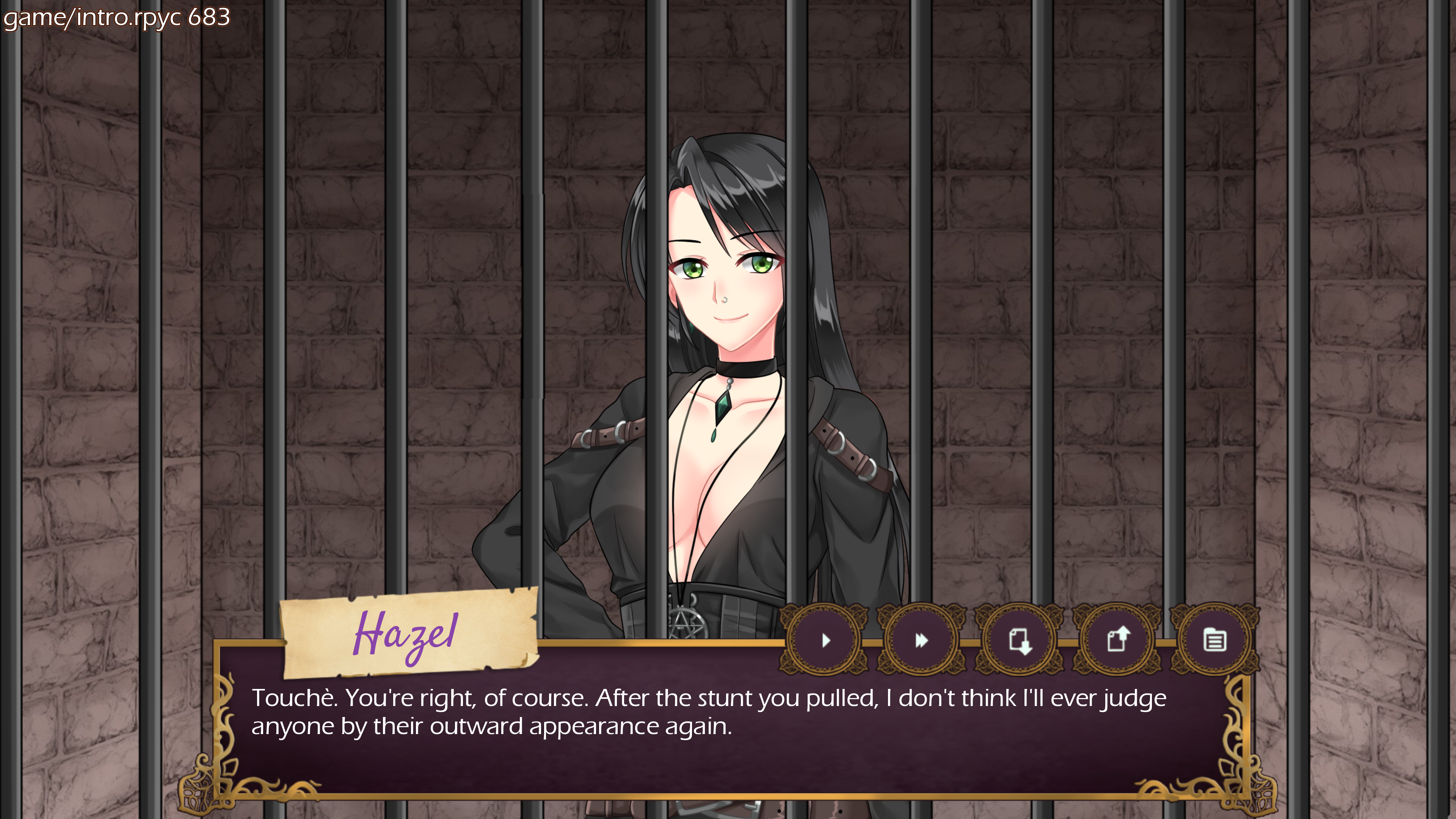 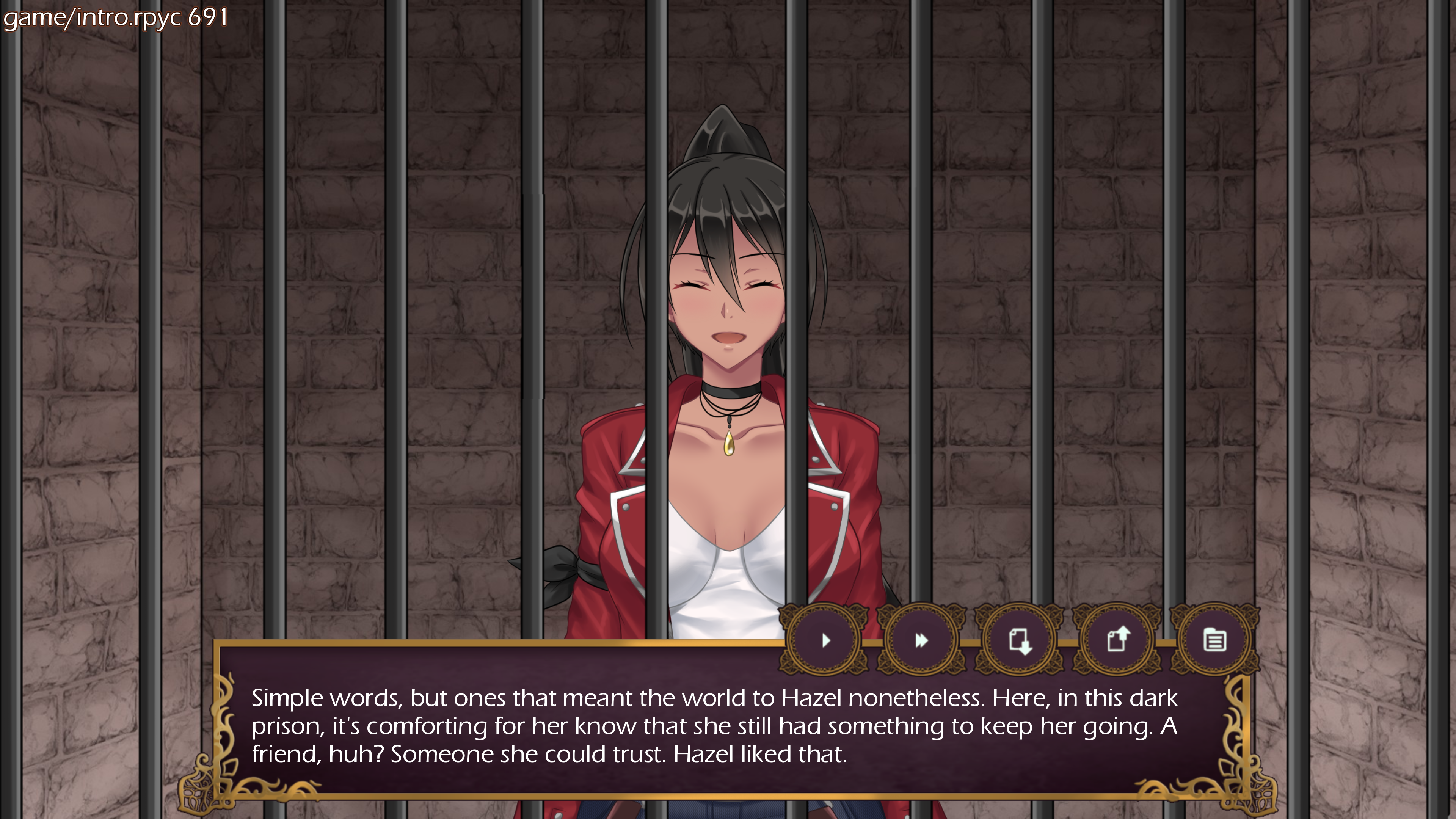 for her to know
Top 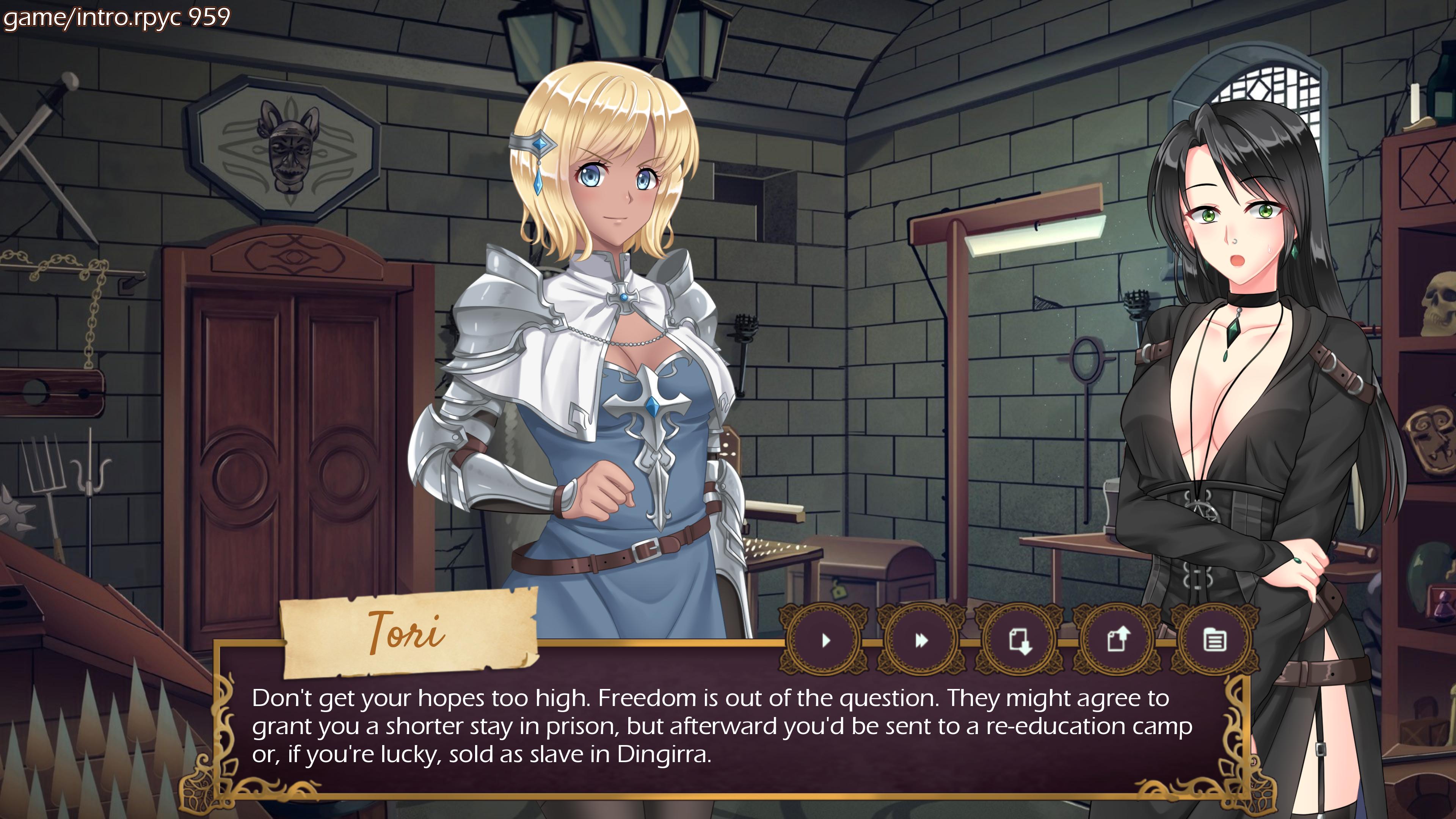 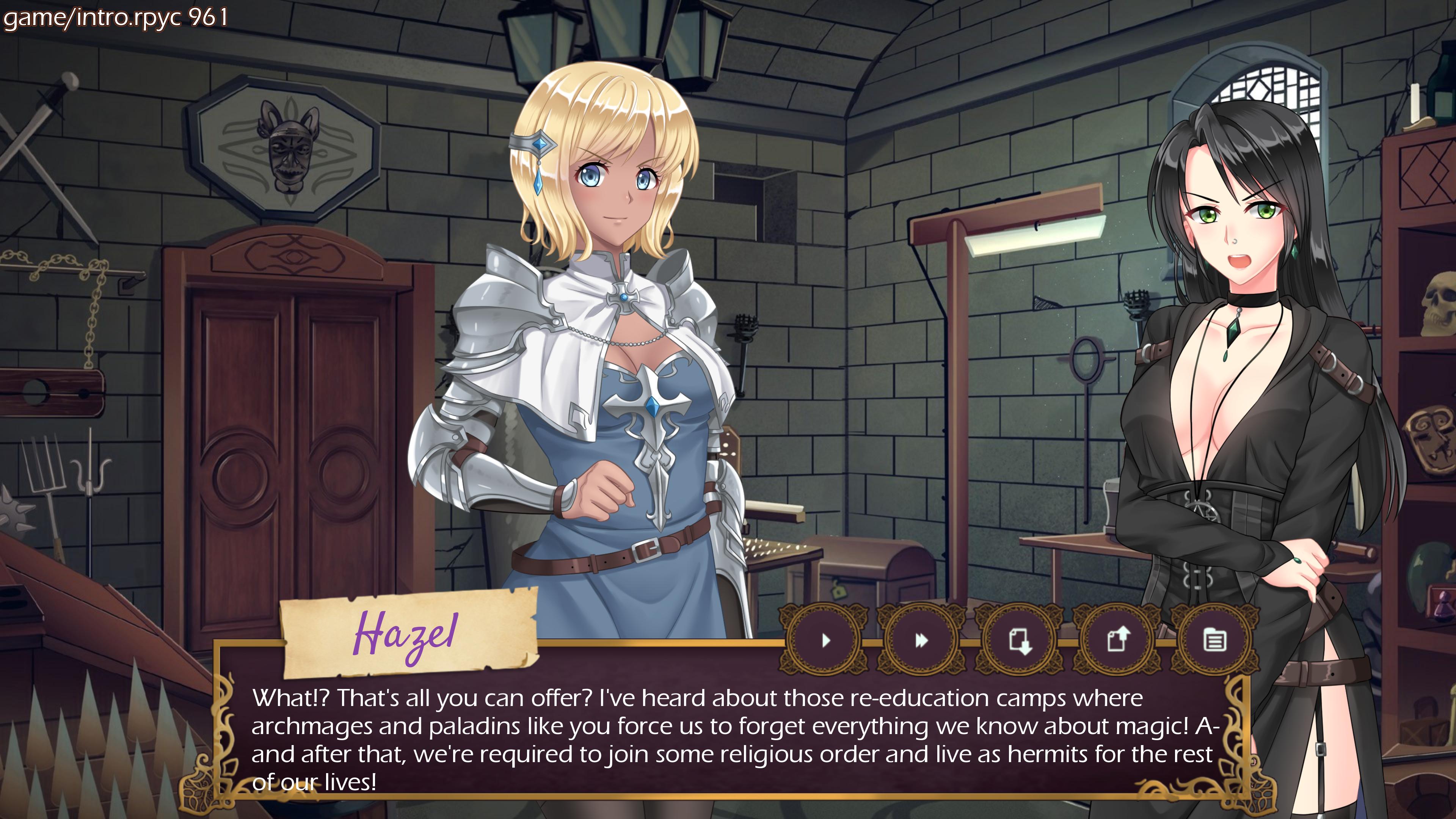 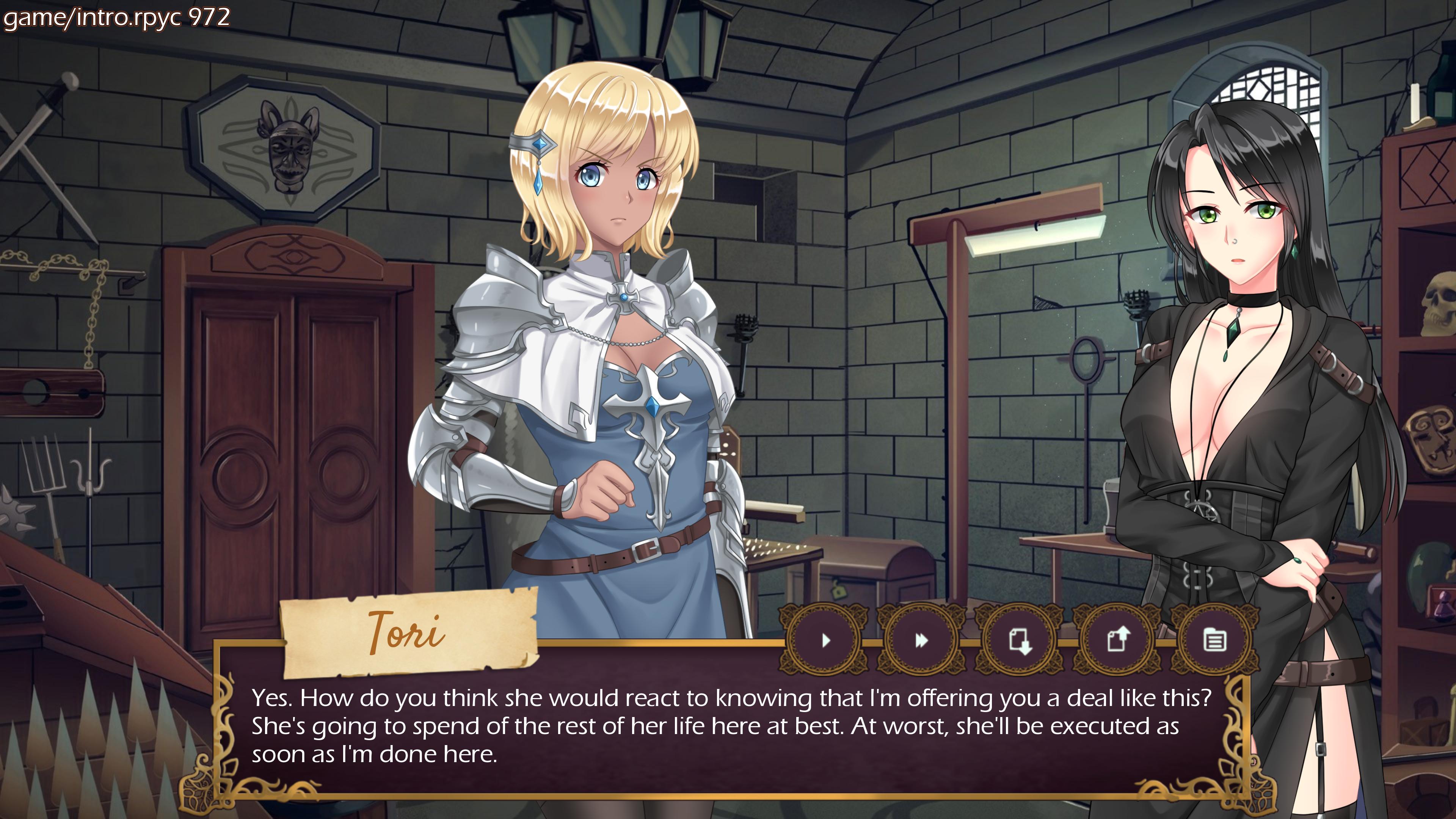 spend of the rest of 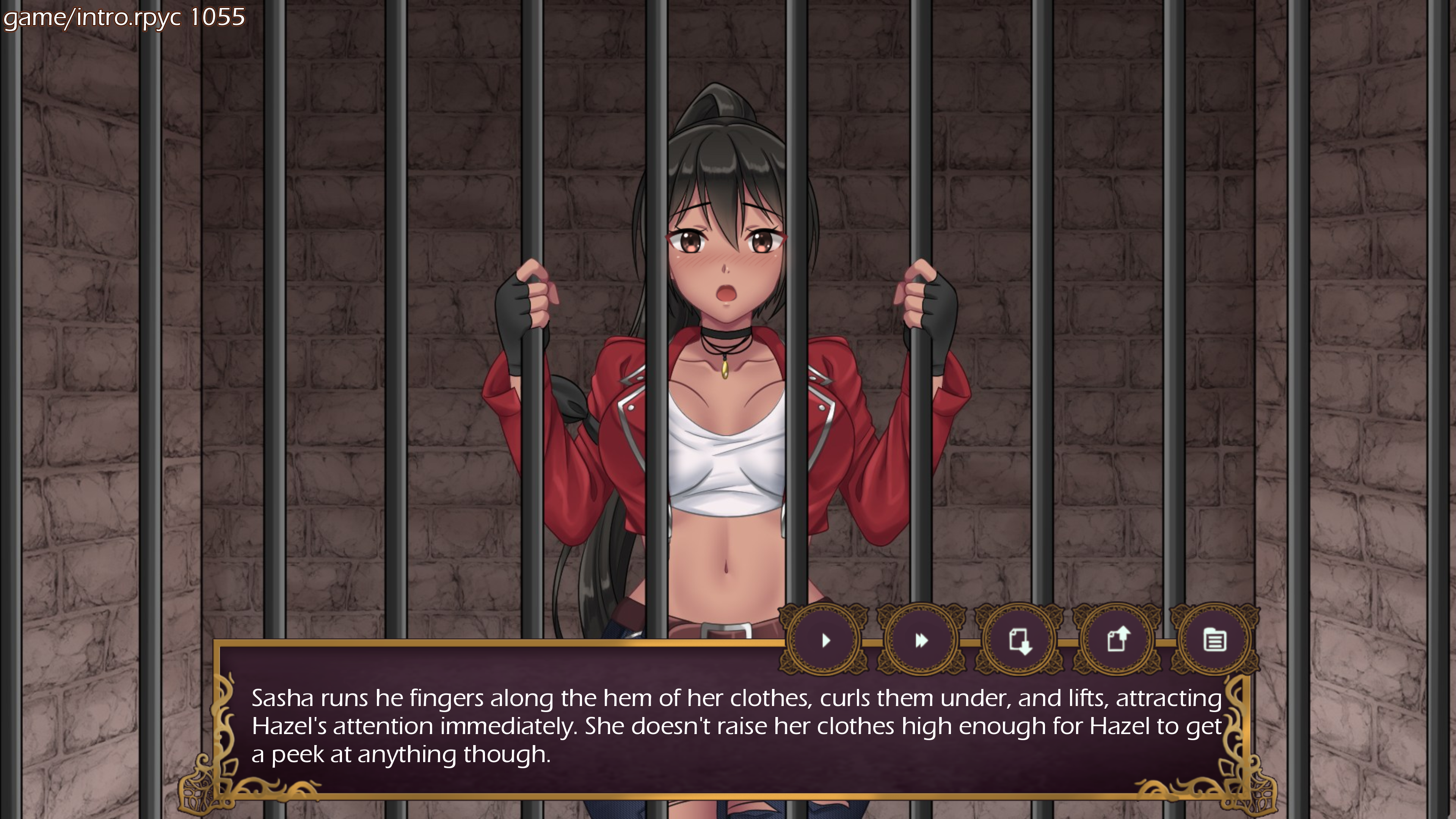 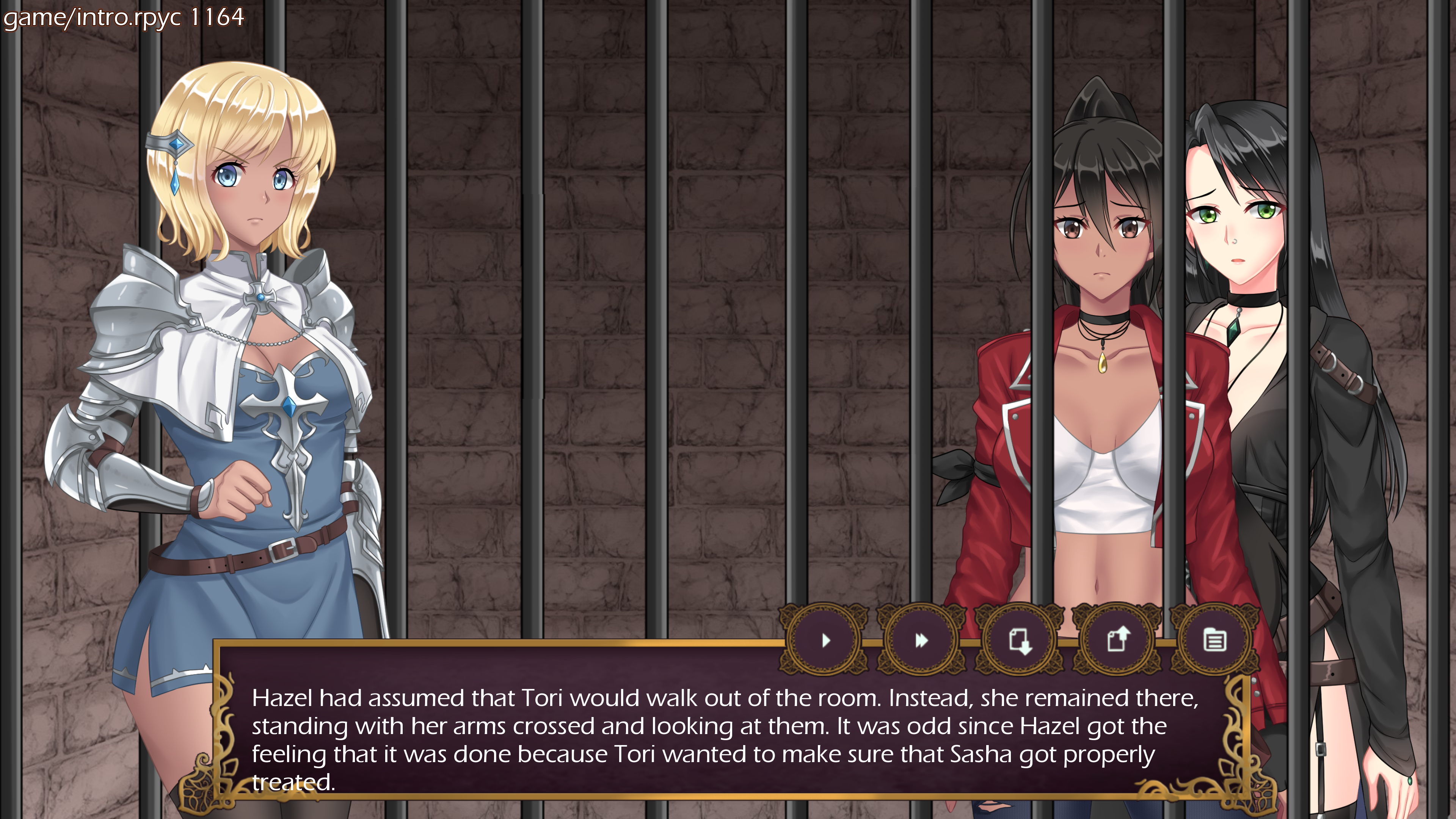 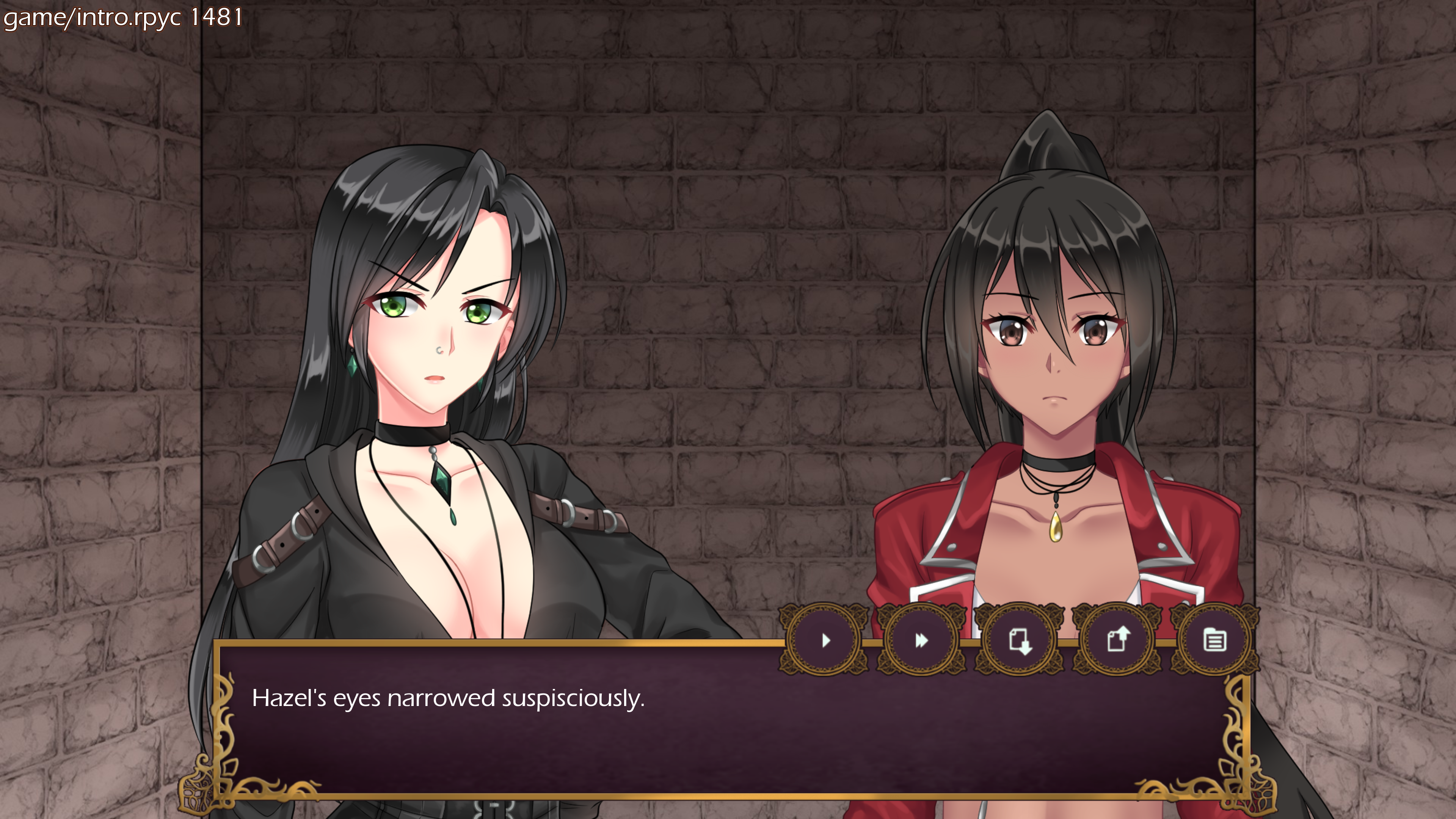 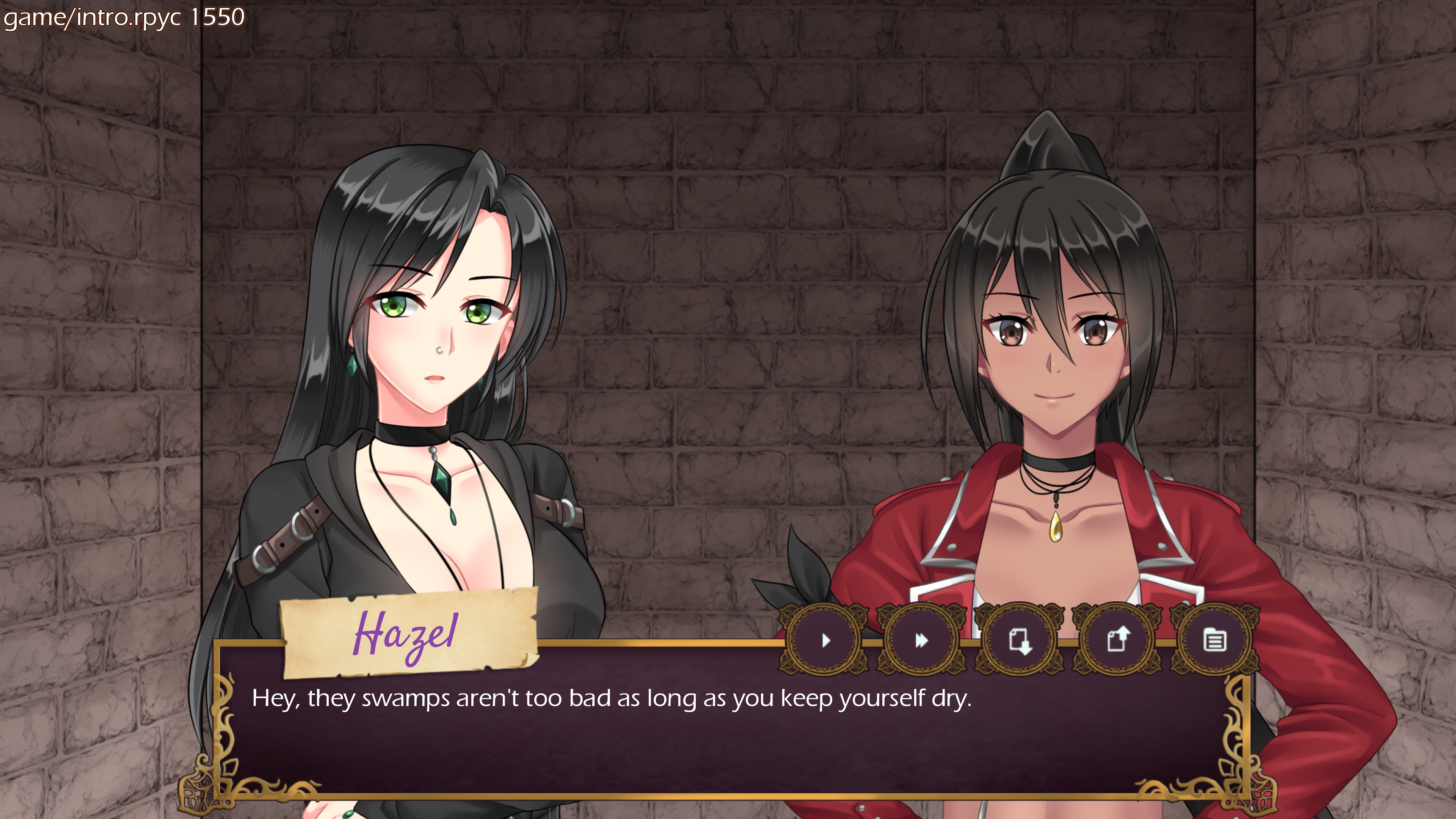 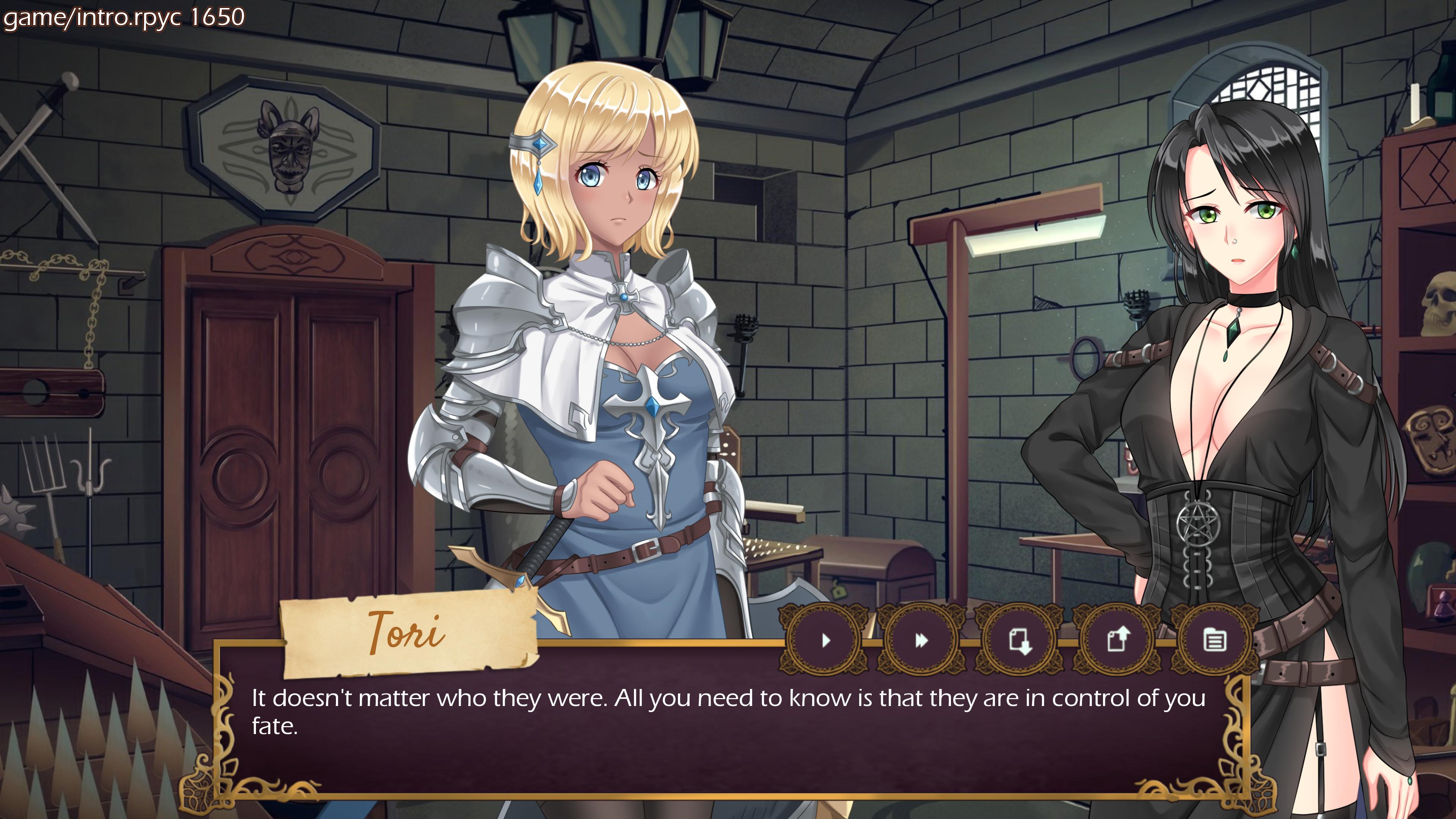 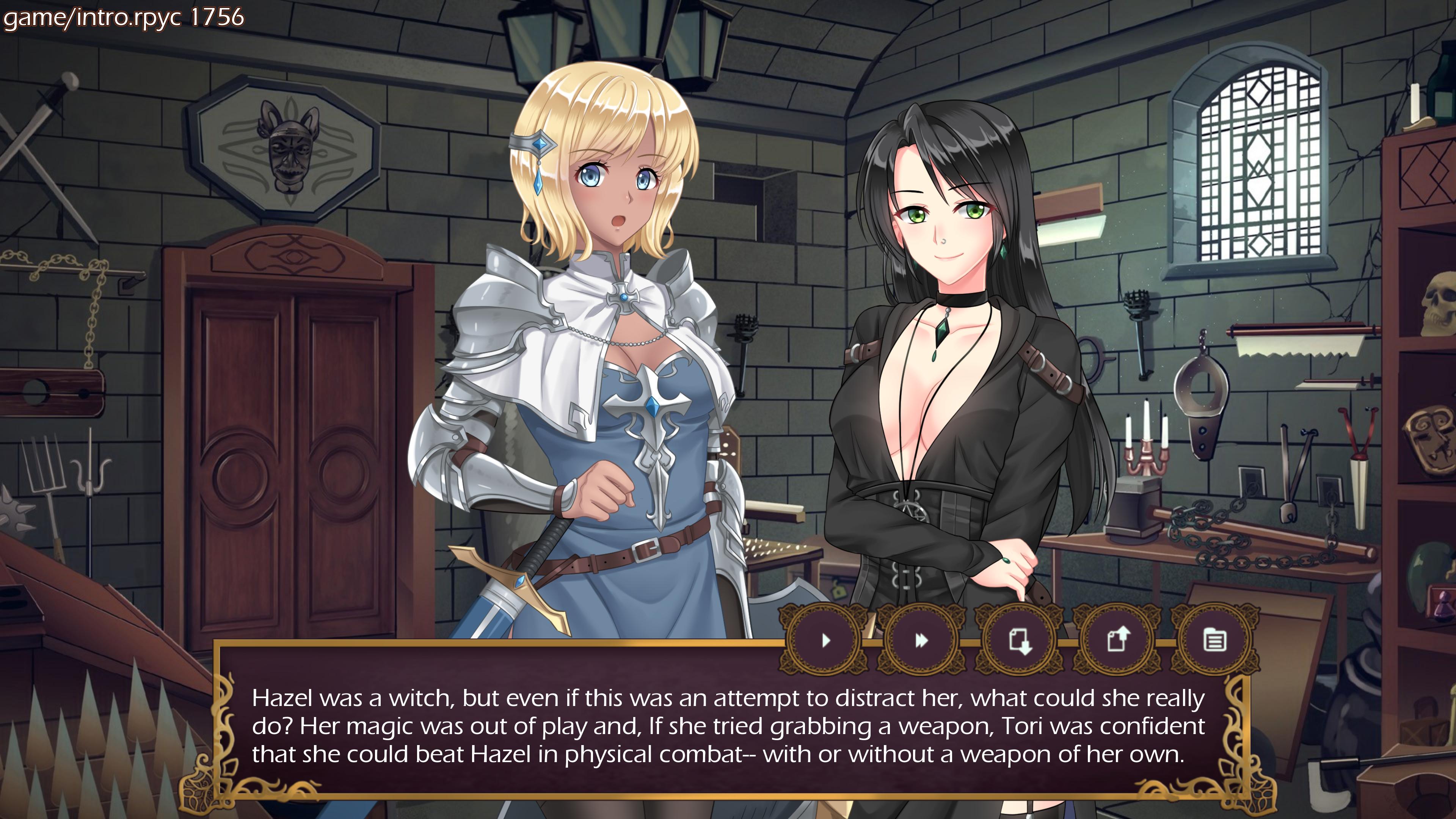 and, if she tried 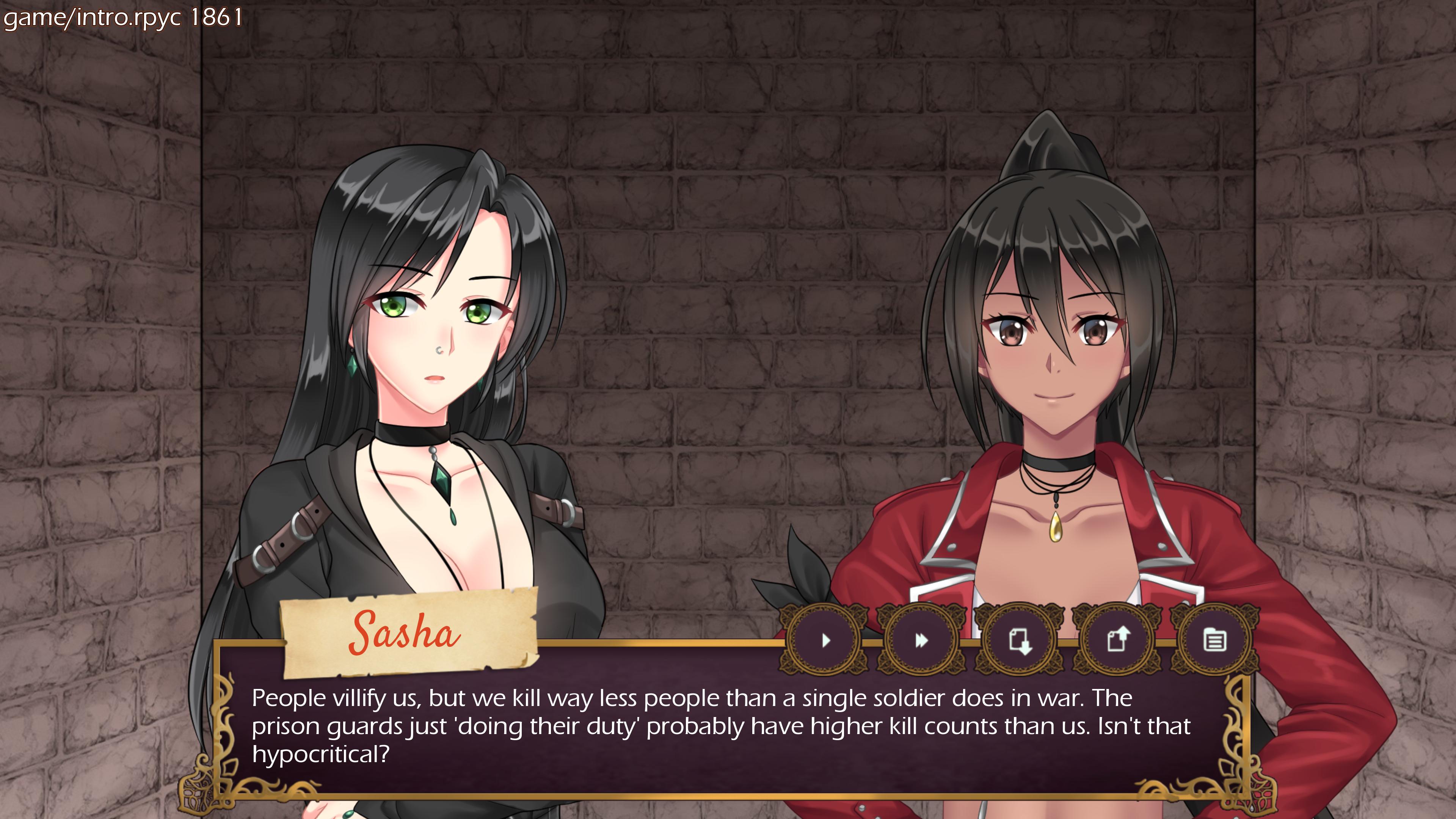