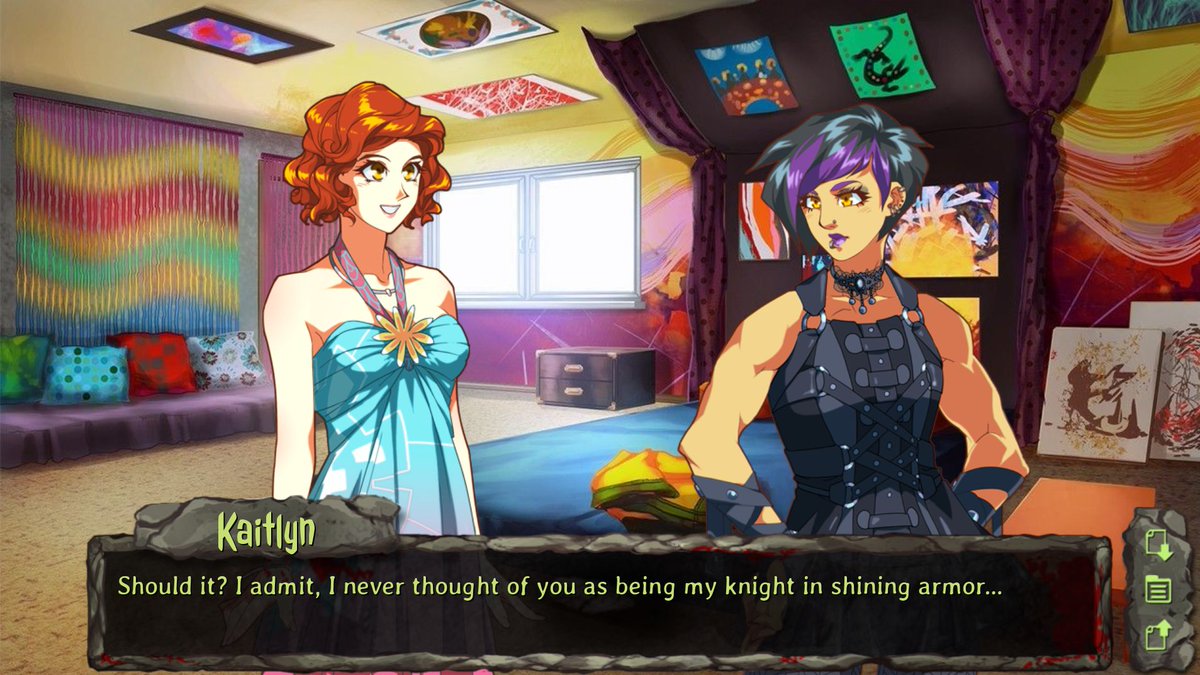 Started Kaitlyn/Sabrina now. I should be done with it in a couple of days max

Started Kaitlyn/Sabrina now. I should be done with it in a couple of days max 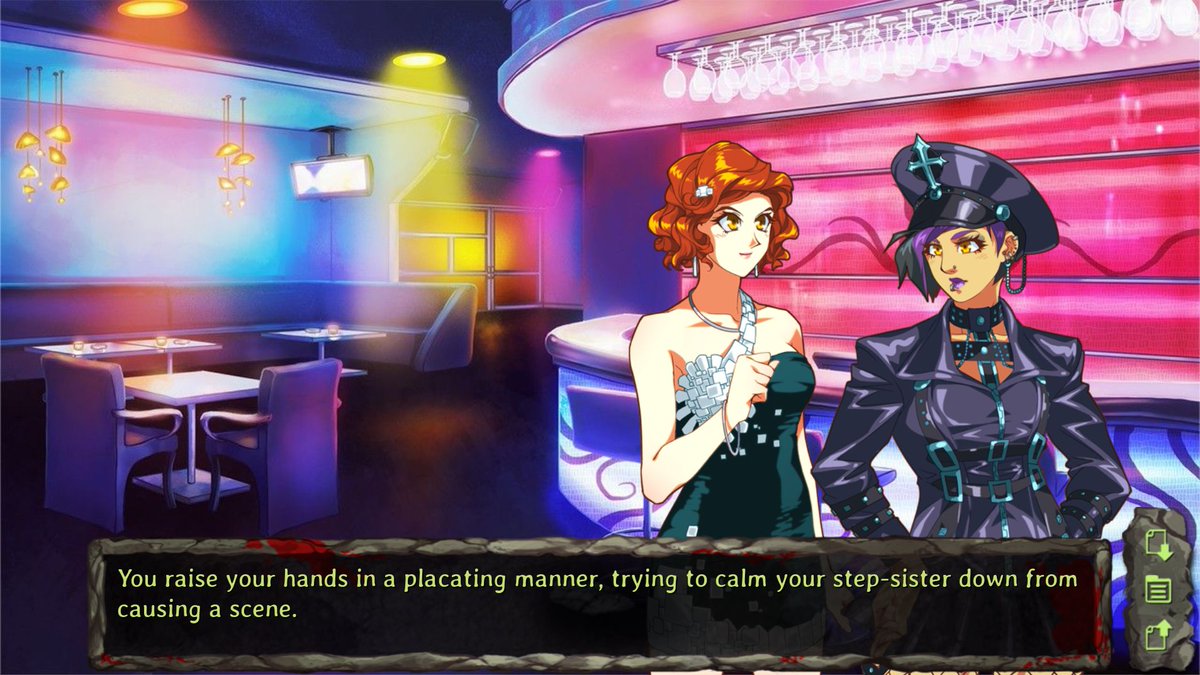 So uh... Yeah. Romances between step siblings--playing as either--anyone else find that sorta..."off" for lack of better term?

Not trying to tell anyone how to do their job or step on any toes, just feel it might be better written if they weren't related.
Which again, I just mean as my own observation; no offense intended to anyone.
#ChambarasArmy #ChalassasFreedomFighters
Top

Not trying to tell anyone how to do their job or step on any toes, just feel it might be better written if they weren't related.
Which again, I just mean as my own observation; no offense intended to anyone.

Just want to point out Heilina(sic) 3 there was a 'step' romance in that game, it all depends on the context, and what the player allows IMO (What they are comfortable with).
Top

For some can be a turn-off. For others could be very exciting. I personally find nothing offensive about a step-brother/sisters love since they're not blood-related. There are PLENTY of books/movies with that theme. In some cases even very heavy on sexual references/imagery. Since this game is really not much sexy (unfortunately Rebecca won't draw anything too explicit) I think it's fine

During the game you can really see how their love started when they were kids and continued thorough the years. It's quite sweet. There are also some sketches made by the artist that needs to look like if a kid drew them (Sabrina studied arts) and are very cute.
Top 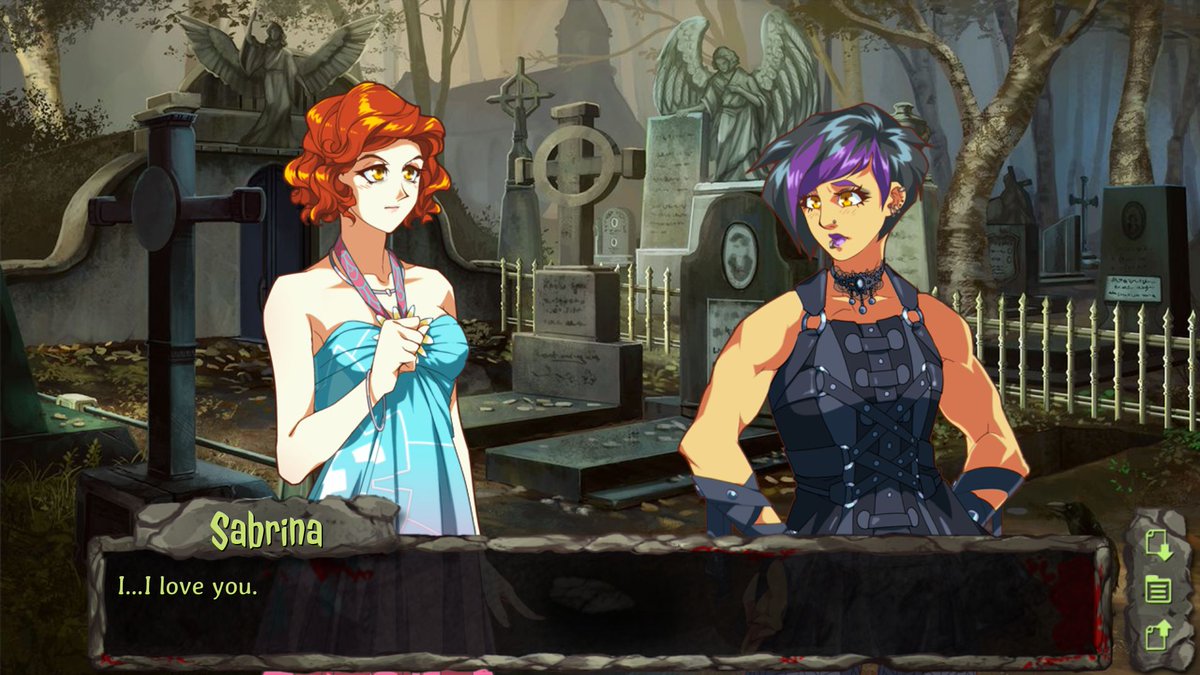 What better place than a graveyard for confessing your love!??! lol
Top

Same place, this time during a party

Tell me this means there's parties in graveyards!!!!!!!

Yes, well it's obvious from the video

Anyways, today finished testing Kaitlyn/Sabrina path, so I can say that Love Bites is 50% finished. Of course once I have tested all the routes I'll still need a few weeks to put together all the gameplay and do another final quick testing, but we're making good progress. It's mid Semptember though, so not sure if the game will be out before end of year, but as I said worse case early next year

I spoke with Miakoda, she's currently working on Tyrone's path. I think we're probably going to start beta/pre-orders in a week or two. I mean, since half of the game is ready, would be good to get that one tested already and so people who want to play it can play already half without waiting.
Then the rest of the game should be done in the times I said, consider that after it's written, needs to be scripted and I need to test it myself. So even after the writing is done, probably 1-2 months will pass (maybe less, hard to say).

Anyway it's not the first time I do this (remember SOTW beta that lasted over 6 months?

). Of course people can just wait until the full game is ready