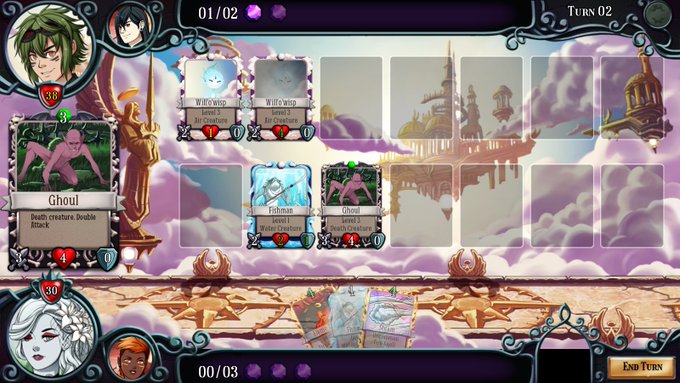 so great news. SOMEHOW (haha I basically did trial and error like 100 times ROFL) I managed to automatically assign spells to enemy heroes and they would use them almost in a clever way (it's a bit random so sometimes they make amazing choices, other times not but that's fine).

This was the biggest obstacle to get this game done I think. I am now going to work full speed on the gameplay part, and I really think I can get this done later this year (demo of course, not full game!).
Top

Today I'm finishing the last storyboard of the character's past, the one of Aquaria (I left her for last for no particular reason, was just random).
It's crazy thinking that even if each route was 10k words, total just for the memories would be 120k words. Current count is 50k so minimum the game will be 170k words, plus there are also other main plot scenes.
ARGHHHHHHHHHHHH

this is not a short game! lol
Anyway, I'll take it easier to not get burned out but eventually I'll get to the end of this HUGE thing 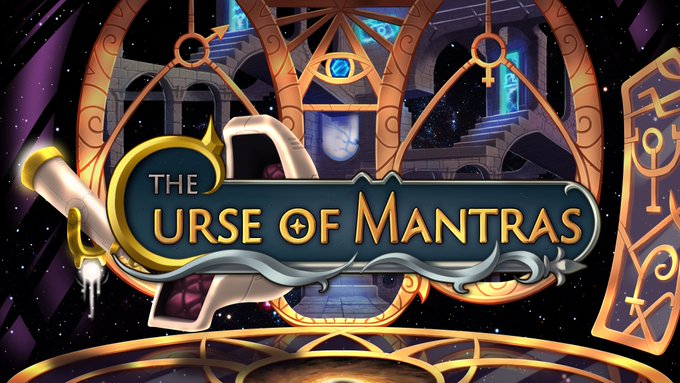 final logo/title screen done! I think the yellow C is noticeable enough to read "Curse". I wanted to have a very unique logo for this game and I like the final result 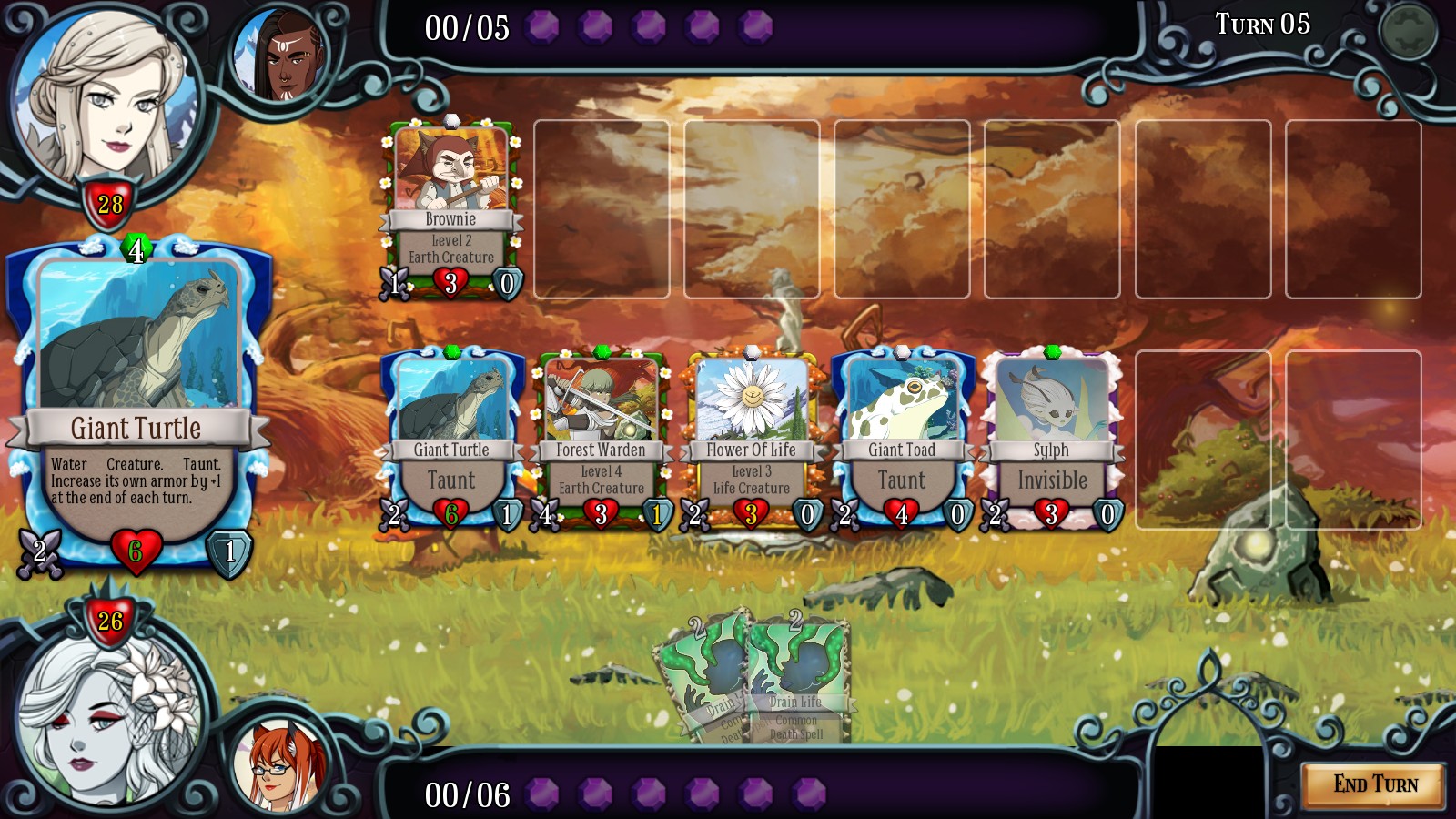 added a different border shape for taunt creatures, I think now they should be more noticeable?
Top 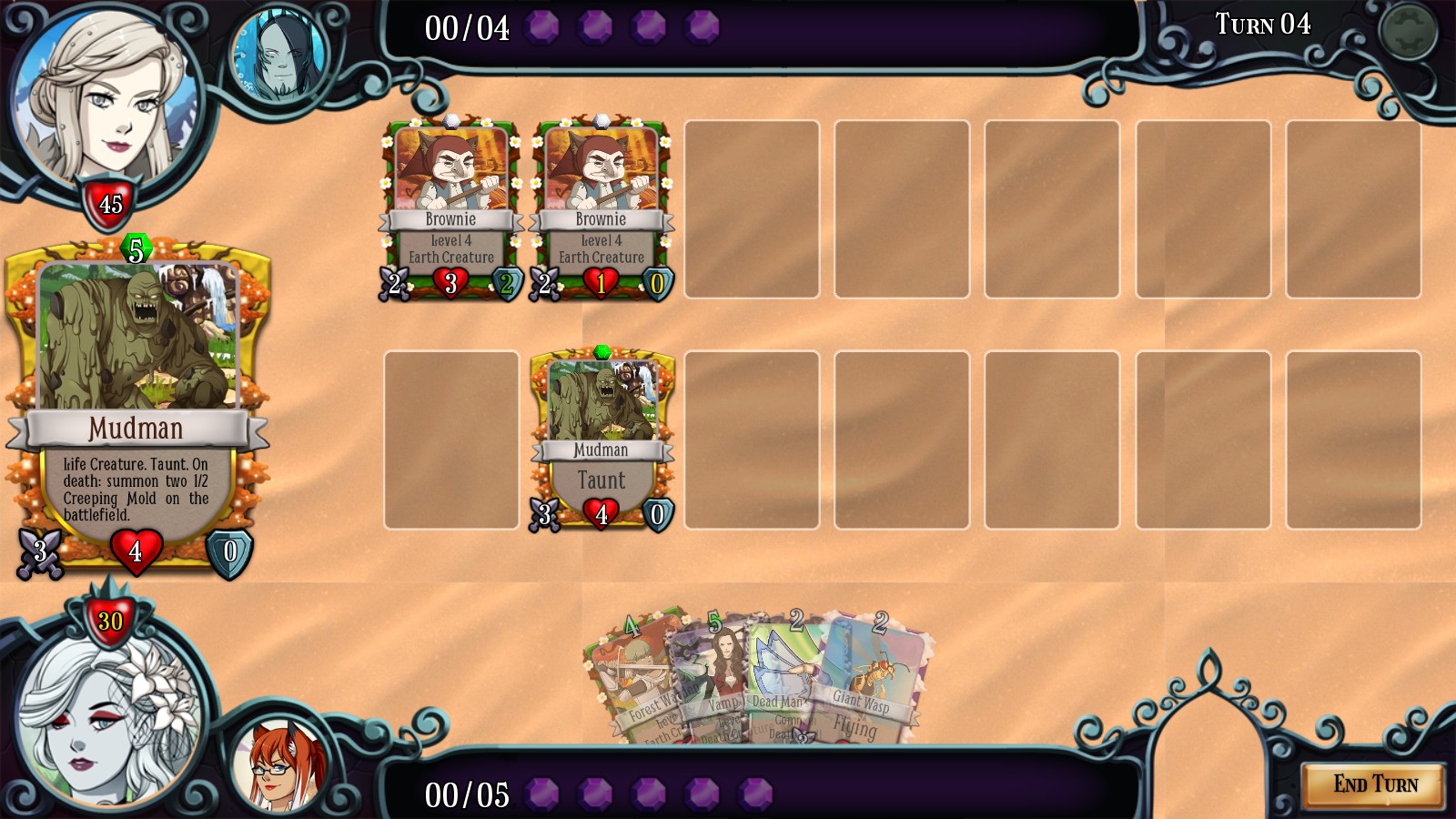 after some thinking, I'm also going to offer the possibility to play with a basic/simple background (this is just a quick test I made with a texture found on internet).
While the backgrounds are great, originally they were made for a sort of pokemon/combat game, and I find them too distracting for the card game (even PSCD had just simple BG and worked great). So as player I would definitely always use this. But I'm going to leave the option for those who prefer the animated backgrounds

As for the backgrounds, I'm kind of torn. A simple background helps make the cards stand out more. However, I like original background and would hate to see it go to waste.
Top

It doesn't go to waste, I'm going to offer player the possibility to play as they want (with fully animated bg or without it). Better than offering the choice, I don't know what to do 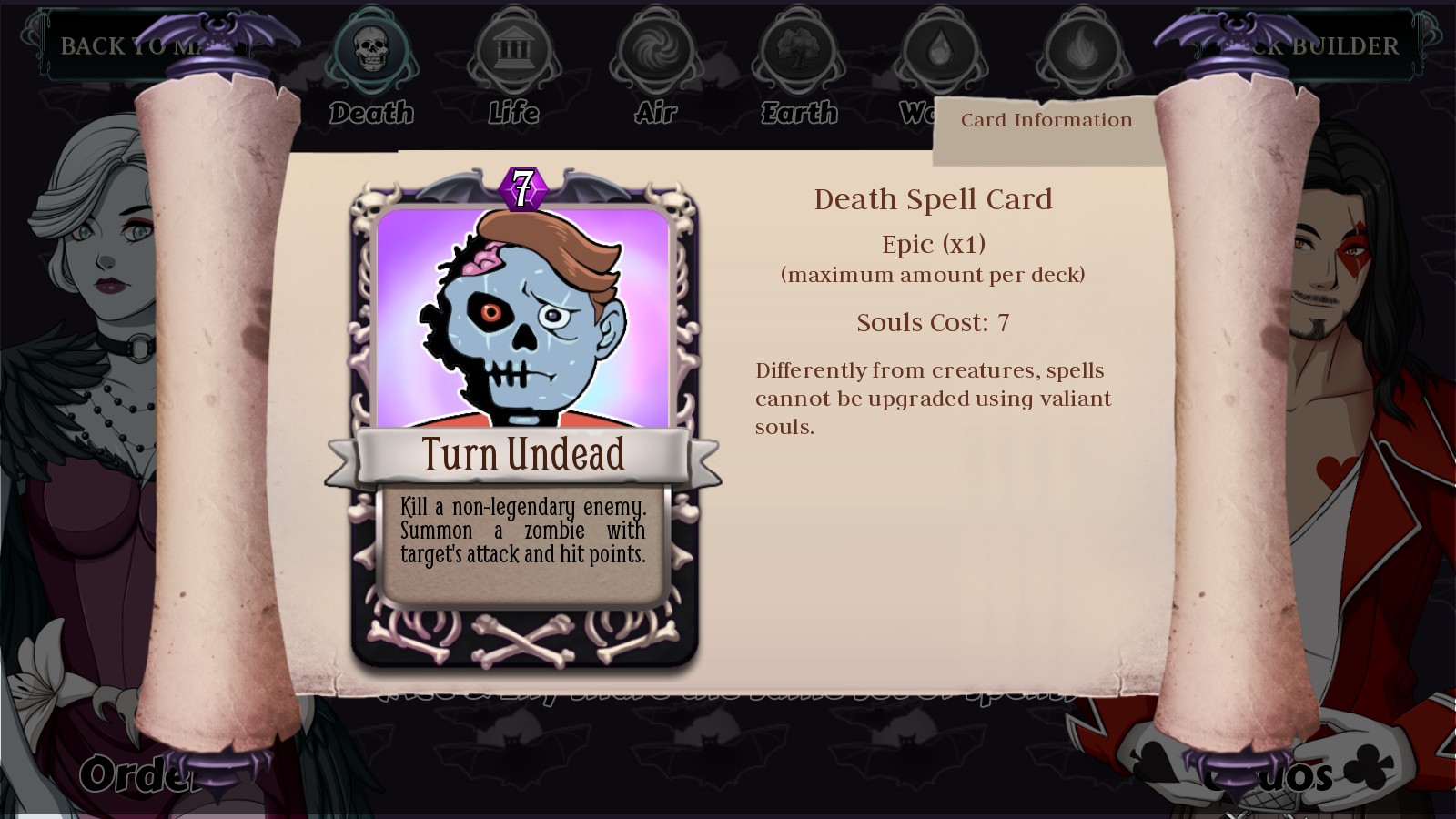 this spell might be a bit OP, but in the end in a card game the randomness plays a HUGE part, more than the deck itself. Since this game is much more similar to Hearthstone, sometimes I could defeat enemy in 4-5 turns at Hard difficulty, while other times I lost.
In general I think should be easier than PSCD, at least for experienced card players: in PSCD you had to kill some enemies to gather the required resources, while here the mana goes up by 1 every turn up to a maximum of 10. So if you focus on the enemy hero it becomes easier (this is why I also had to remove the possibility to attack the hero on same turn the units are summoned, even those with charge). Flying/breach creatures are also going to be very powerful

I am a bit scared that if player get a bad luck will get grumpy and leave the game, but on the other hand card games work this way

If I ever do another card game in future, I'll do it more like Slay the spire or Monster train, mixed with RPG elements to mitigate the innate RNG of cards

Slay the Spire style games have far worse RNG than traditional shuffle-your-deck games, because even the cards you get for your deck are randomized throughout the game. I would much sooner give up on Slay the Spire than a traditional card game, where I 100% constructed my deck. StS can be seriously infuriating because RNGesus gave you loads of crap cards and randomly matched you with impossible enemies.

Maybe the swing of "Turn Undead" is a bit much, if it both kills an enemy and gives you an ally that potentially matches the cost of summoning a similar ally? I wouldn't know yet, not really knowing any other cards. The main issue with a card like that is that, while it allows for comeback, it can also be used to get even further ahead while denying your opponent. I like comeback cards, but I feel they should be designed for that, rather than be abusable while you're already in the lead.
Top

Yep Slay the spire is particularly infuriating sometimes haha, it gets saved a bit by the "meta" game (earning more powerful cards as you go on).

Regarding that card, remember that are limited to 1 each deck, so the odds of drawing it are really small (I'm currently using 25 cards decks in the game). But of course it can be tweaked if necessary, like getting only half of the stats, or maybe start "stunned" so it can't be used in same turn.

I've played countless matches, but I haven't reached that card yet (I just designed it lol). In general so far I can win 90% of the matches at hard difficulty. However, I know all the tricks, and in general I don't like to make a card game difficult artificially too much. In some Hearthstone "story battles", you can go on only if you use a specific sequence/set of cards, and at that point it's no longer fun for me.

We'll see during testing, for sure I'll need to tweak the cards even more