Feeling better recently, and I'm taking care of not overworking myself. But I've already designed the foundation of the first game (or maybe of all the 4, since they'll share same system). I am going to try experimenting once again, this time I'll add an "overdrive" system. Each character will have an ultimate skill (very powerful obviously) but that can be used consuming this overdrive value, which currently I put at 3 (so max 3 uses).
That overdrive value remains from battle to battle (I think, not sure yet) so in practice people could want to save it for later and more difficult battles and so on.
Another feature will be the reintroduction of the front/back row system, and each game will have max 6 party characters (so you can fill a whole party with it with no reserves), which will solve the problem of "unused characters that lag behind", since you'll use all the characters for most of the time 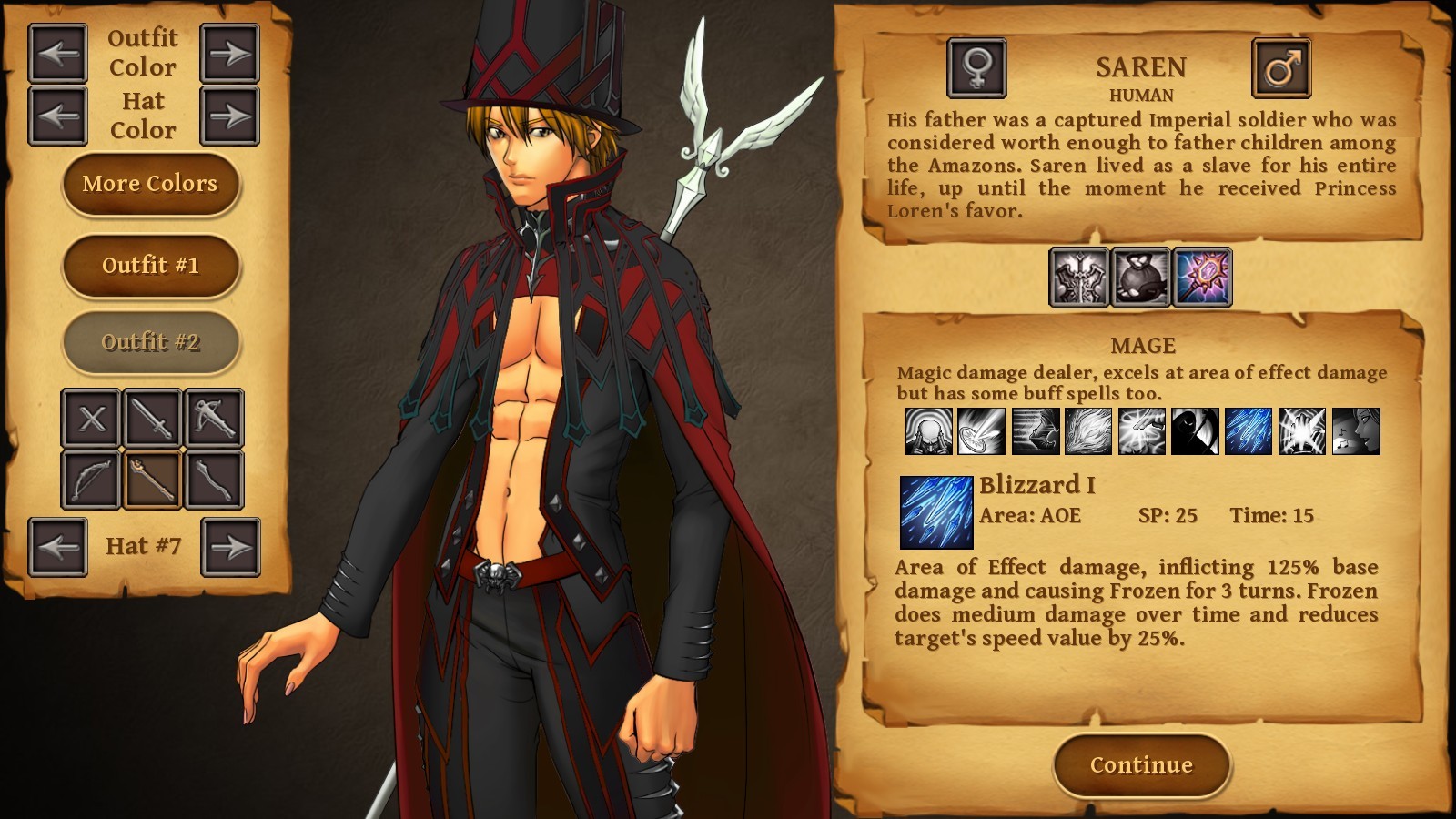 NEW SUPERSLICK character creation screen! and yes you can play also as Mage this time

Haha it's still going to take ages. Luckily I'll have only 6 party members this time!
Top

Yay!!!! I loved the front/back row system, so I'm really excited to hear it's coming back. Overdrive also sounds really fun, both from a gameplay strategy perspective and as a way to give characters their moments to shine. Also, that character customization looks tasty.
Top

I plan to use same system for all the 4 games, so I need to design it well. I'm not sure if to give the player specific skills every game or not. I mean, same skills could get boring? but on the other hand having different skill in each of the 4 games could look strange. Not sure yet!
Top

You can keep some old skills and replace others with something different.

I am happy about the return of front/back row since it opened up more tactical options.
Top

Yeah, I think PS2 worked fine without it (and also made sense, since the first game didn't have it) but for the 4 Loren spin off games I definitely wanted to recreate the "original feeling" and the front/back row was an essential part