I should add a "wrong outfit mode" 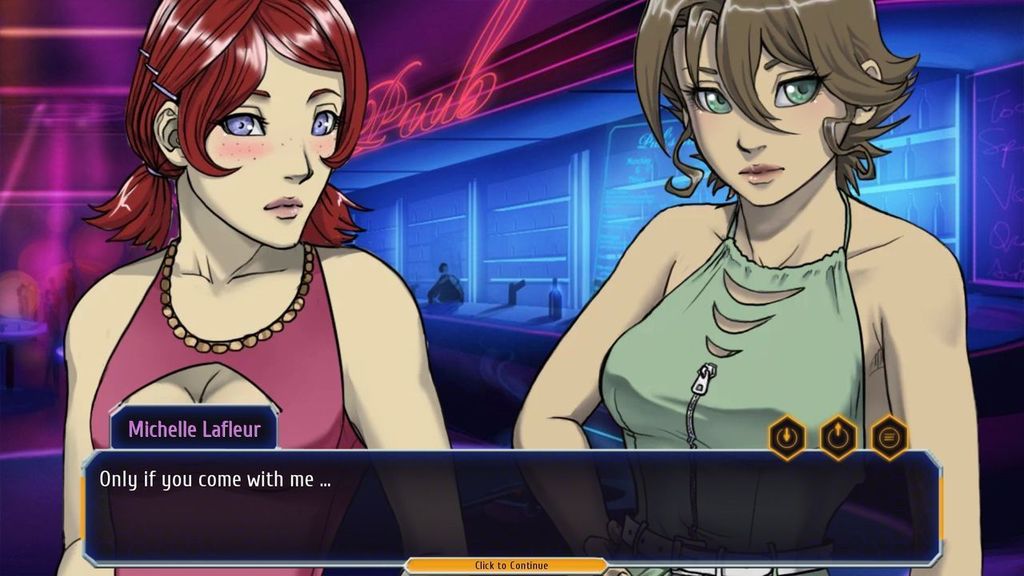 After a break of about 2 weeks to code Corona Borealis (I haven't finished it of course, but made enough progress so Jill can show a demo at a US convention) now I'm back on this. I am taking some time to rewrite all the characters intros, since this will be also useful to me. A sort of summary of what happened in the first game, each character personalities, etc.
Even if I wrote that game myself (it was actually the latest game I fully wrote myself back in 2011!) obviously after 7 years I don't remember all the details. For example that Lisa/Joshua Nelson parents were killed, and they were raised in an orphanage, etc. I have already some ideas in mind regarding that... so you won't see me posting many news because I don't have much to show, but work has resumed.
Top 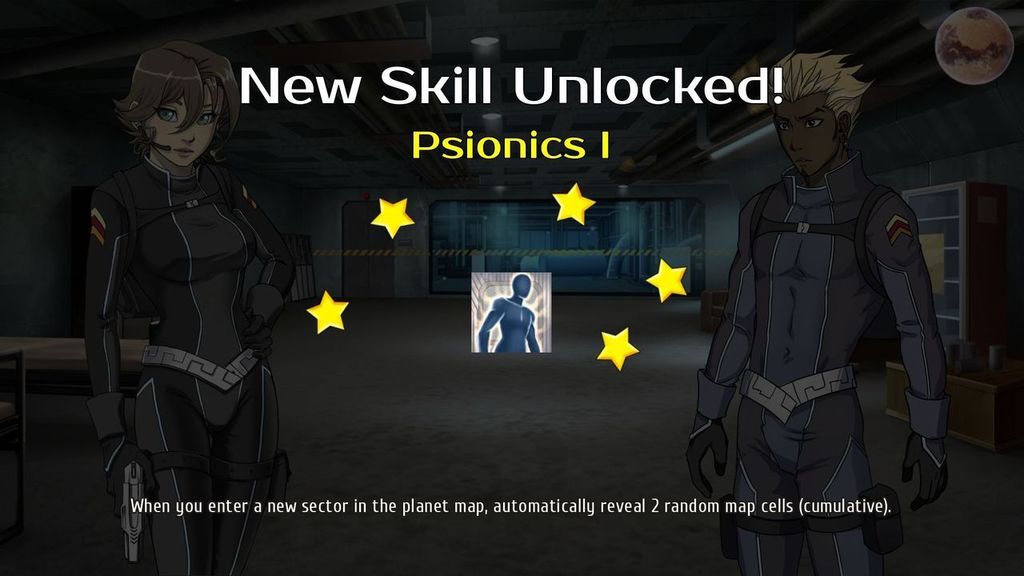 I've made a rotating star-thingy!

it looks better animated. Since I added some... "interesting" new gym outfits to several characters I'll have to add and review them. Also probably I'm going to recode all the characters to use a new system by renpy since it works better. Will take me some time... 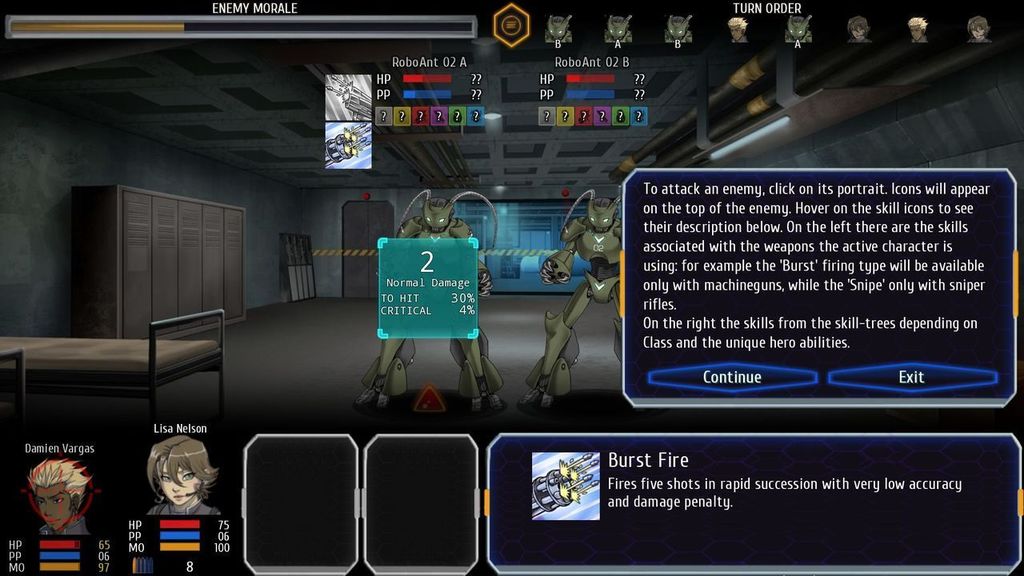 doing a much more detailed tutorial today since there are several new features (especially compared to the first game).
Top

I've also decided to tweak the enemy info system: if you have the required Culture value=instant info unlock. Otherwise you can slowly learn about enemy info during each fight. I think it's more fair this way, so Culture is not anymore an almost "must have" skill. I mean as it was before, I would expect everyone would get Culture for their main character (since he/she will always be present in fight, so the ones that makes more sense to have).
After this change, Culture is still important but players might think to not always invest points in that skill-line.
Top

There was a game I played (I think FF13) where the characters had a skill and an item that could scan the enemy and give you all their stats. But if you didn't use it, you'd slowly learn about their attributes during the fight. So for example, when you went to use a fire skill, if they were weak or resistant you'd discover that and know that for all future fights against that enemy. Same for status effects like immune to stun, etc. HP stats were revealed after the mob dropped below something like 90% HP or after a certain number of attacks (for those really armored tough bosses). And sometimes when you defeated an enemy, it revealed all of those stats you hadn't discovered yet.

I don't know if all that makes sense in this game as the gameplay and pacing are fairly different and I don't know how many stats you have. There were some disadvantages like needing to use every element to get the full information, but it was also a real-time game and the AI was smart enough to not cast spells the mob was immune to, so an AI caster would quickly burn through their skillset and uncover elemental strengths/weaknesses right off the bat. Something like requiring 22 different spells to get the full info would be a bit much for a turn-based game.

But I do appreciate an alternate approach to revealing information previously locked behind one skill.
Top

Yes I thought to do that way too but would be a lot of extra work, since I would need to track for each enemy (since the stats are a bit randomized even for the same enemy type) if they were hit by what kind of weapon, etc.
Since now in the battle log I already give away some info (like the elemental resistance, even if it's obscured in the main view) I thought at least to do this system

will be tweaked during testing and at least for this fight you almost kill them all before you can get all the info for sure, so the culture skill still makes sense.
Top 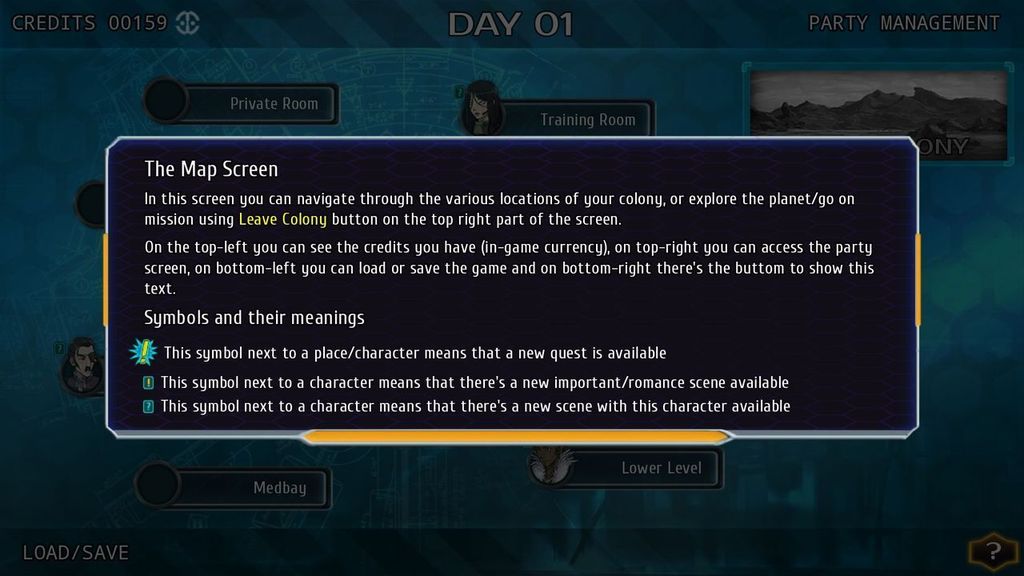 more tutorials!
I am also toying with the idea of leveling usable items. Probably just grenades, since medikits would be a bit too much I think. Will work on this next 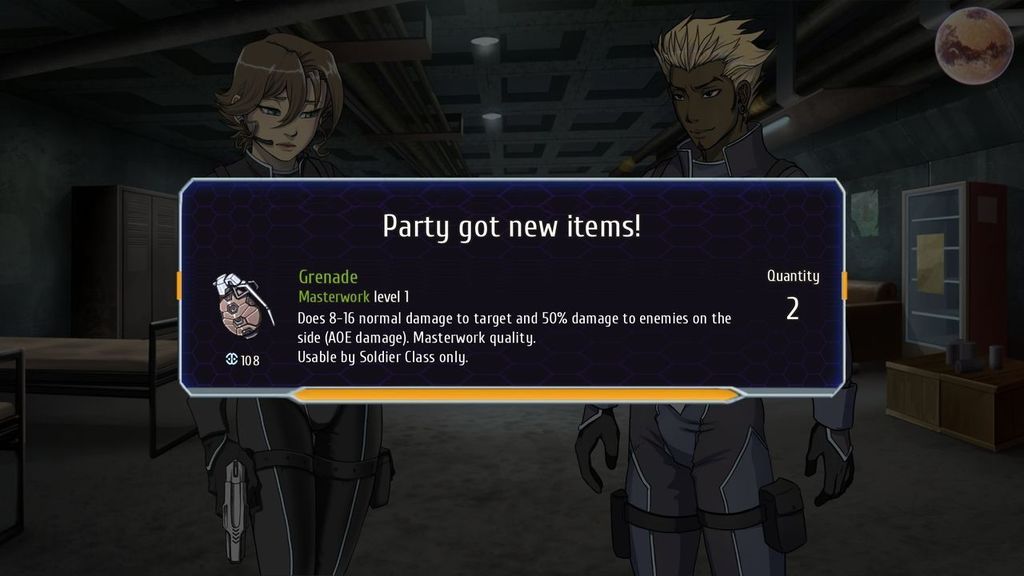 I could do the same even for medikits and aqua pura, though I'm not sure I'll do that, for grenades can be fun, but for medikits and other healing items I will probably just keep the percentage heal.
Top

playtesting continues, basically using cheats I'm testing every scene with each character since there are variations depending if you were in a previous romance or not. Remind me to never allow to continue romances again...