I know some people are more active/prolific/inspired at night. Personally I always go to bed at midnight max, so that's not my case

What myosky posted is true, very often if there's a deadline or something pressuring you, you manage to get stuff done quicker than you normally would.
Top

I am definitely most inspired after sleeping - that's what you get when your dreams are very vivid.
Top

Haha not sure if to post in this super-old thread or start a new one... anyways, some new art, WIP of characters screen: 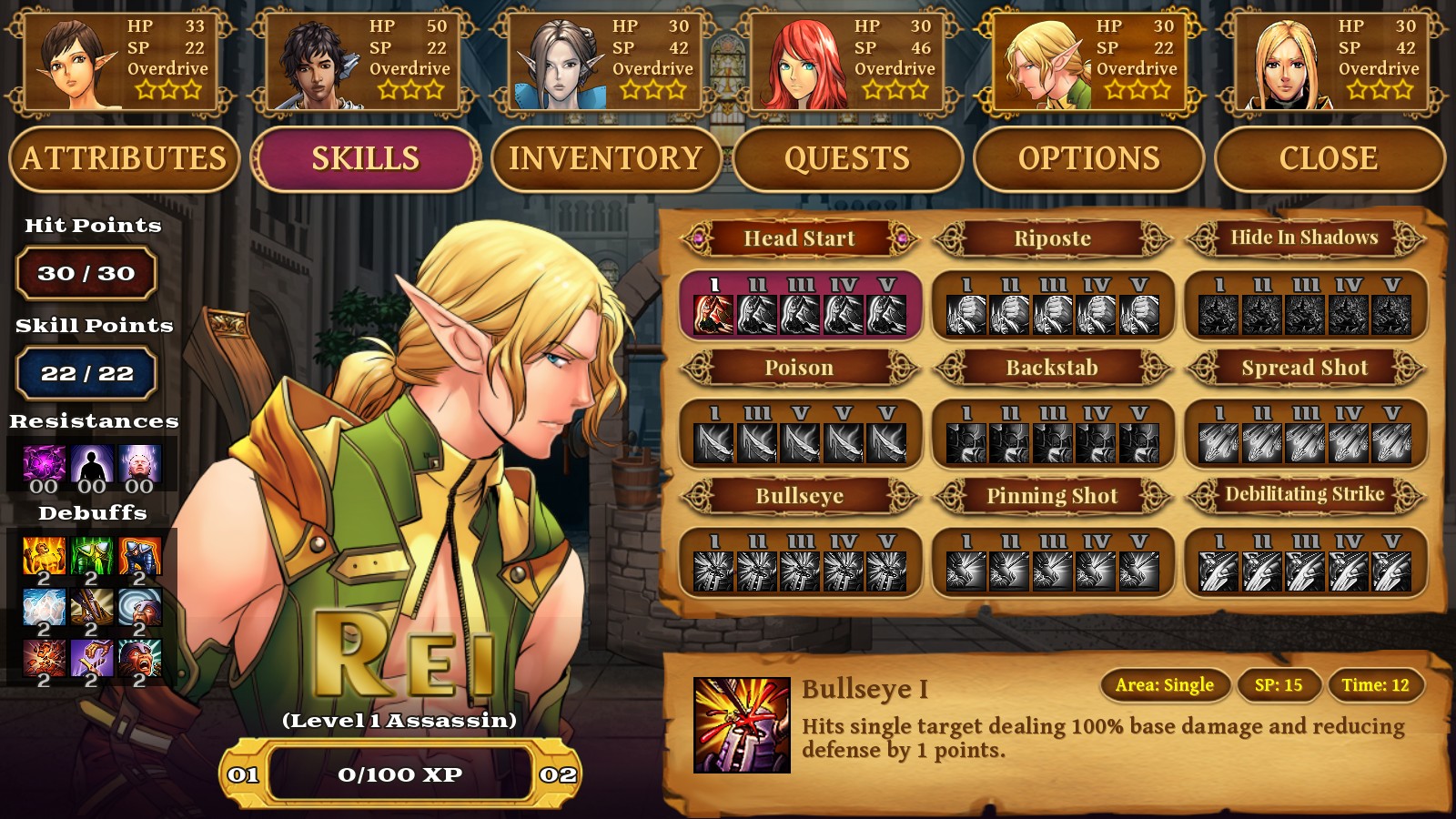 I'll have some characters recolored to merge better, but the GUI and skills are 90% final. 9 skills each character but with 5 levels each should let me not go insane with this RPG but at same time offer enough customization.
On the left also you see the new resistances divided in 3 (this game is fully based over the 3 number!

). The first column is elemental, and under elemental falls :burning, frozen and shattered. And so on. I think it's better than the old 4 elements since in the end it was too much, better reduce the number of resistances so that armor/weapons feels more meaningful. We'll see if I was right