asked Undead Lily's artist to fix the existing sprites, since while the lineart is by the holy Loren's artist, it was colored in a way that made them look worse I think. At least the difference is very noticeable for me. Not all character had issues though, but I am going to review them all and improve them when needed/possible

Yea I would say it is a lot better now (Not to say that it was bad before, but now it is better).
Top

Indeed, it certainly has a more refined finish to it.
Top 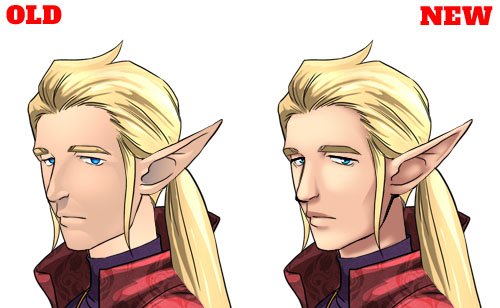 another "fix". In this case even the original image wasn't bad, but still the improvement is noticeable IMHO

Agreed. I like the greater contrast between light and shadow in the newer image. It makes the images pop out more.
Top

The new updates look better without a doubt though as you said the original doesn't look bad just a little off. Clearly it was the coloring that makes the difference.
Top 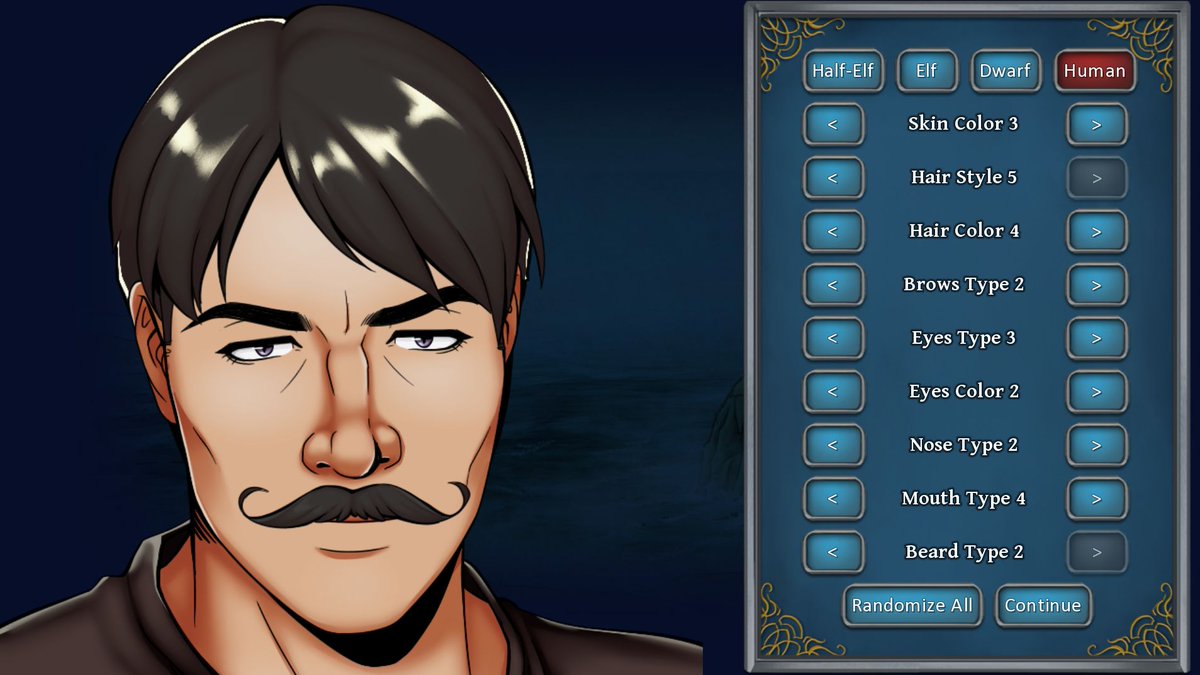 asked artist to add the beard to human characters too, and voilà, here's Mr. Evilmoustache!!!

I still can't get used to beardless dwarves. And the male dwarf looks like a badly drawn Asian stereotype to me. I love the art in this with the exception of the dwarves, they just look all wrong, but since they aren't romanceable(booo), I guess it doesn't matter that much. Will be really hard to put them in my team though as it is just jarring and pulls me right out of immersion.
Top

mastro wrote: ↑Fri Jun 09, 2017 5:45 pm Jack, what you're doing is unique in indies. I may be wrong but, I don't see many Others who not only offer boy or girl protagonist, but even so many romances. The "more bisex romance" is a good choice. Not realistic? what matters? better if game was "realistic" so then you get complaint like with SOTW because of few romances? No, you're on the right way.

As to the bisex romance, I think it is good as long as it is not thrown in a player's face. Example of poorly done is Anders from DA2, example of done correctly, as far as a possible romance you wouldn't like if you were straight male, is Draco from Loren. Draco hints at his interest, but doesn't throw it in your face like Anders did in DA2. It so turned me off Anders in DA2 that I never romanced him on any playthrough.
Top

Well not all dwarves MUST have a beard. If they shave

or maybe they just don't grow it. Galan is also missing some hair so maybe it's something genetic

I don't remember how Anders was done (has been a long time since I played DA2)!
Top
Post Reply
108 posts