No, that's not a problem, it should recognize your info automatically. If doesn't, just register again

Haha found the issue I think, by mistake I left some old code in the skills file, so there were two Restore2 classes. Ren'Py coder said that might cause issues, so will update it. It shouldn't happen very often though, otherwise other people would have found the bug during the beta, since saving is a common activity!

update: game coder also said that probably happened only because you resumed an old game with an early version. Otherwise was impossible that nobody else found the bug during the 3 months of beta

So if you just start a new game with current version should work fine.
Top

Hi!
The official trailer says iOS, but it's not in the iTunes store. I did not see any informational timeline on its release for the platform in the thread concerning release of your games. I anxiously await to play it on my iPad!
Top

Yes when I do the trailer I include all the platforms I know that the game WILL be out (since I cannot redo the trailer later!). So yes will be on Android/iOS/Kindle, but I want to wait in case some more issues/bugs/updates come out, to avoid doing many updates on mobile. Usually after 2-3 months all my games come out on mobile, unless there are technical issues (unfortunately happens often on iOS, less for Android).
Top

my game auto forwards text even when i don't have skip on is there a way to turn it off?
Top

In the preferences there's a slider "auto text", if you drag it to the maximum right will stop auto-advance.
Top

thx for the info that was driving me crazy
Top

So, I don't expect that you'll be updating this ole game, but since I decided to play it a little again, I ran into this bug. If you click the party button inside the shop, the shop choices carry over to the party screen, messing things up. 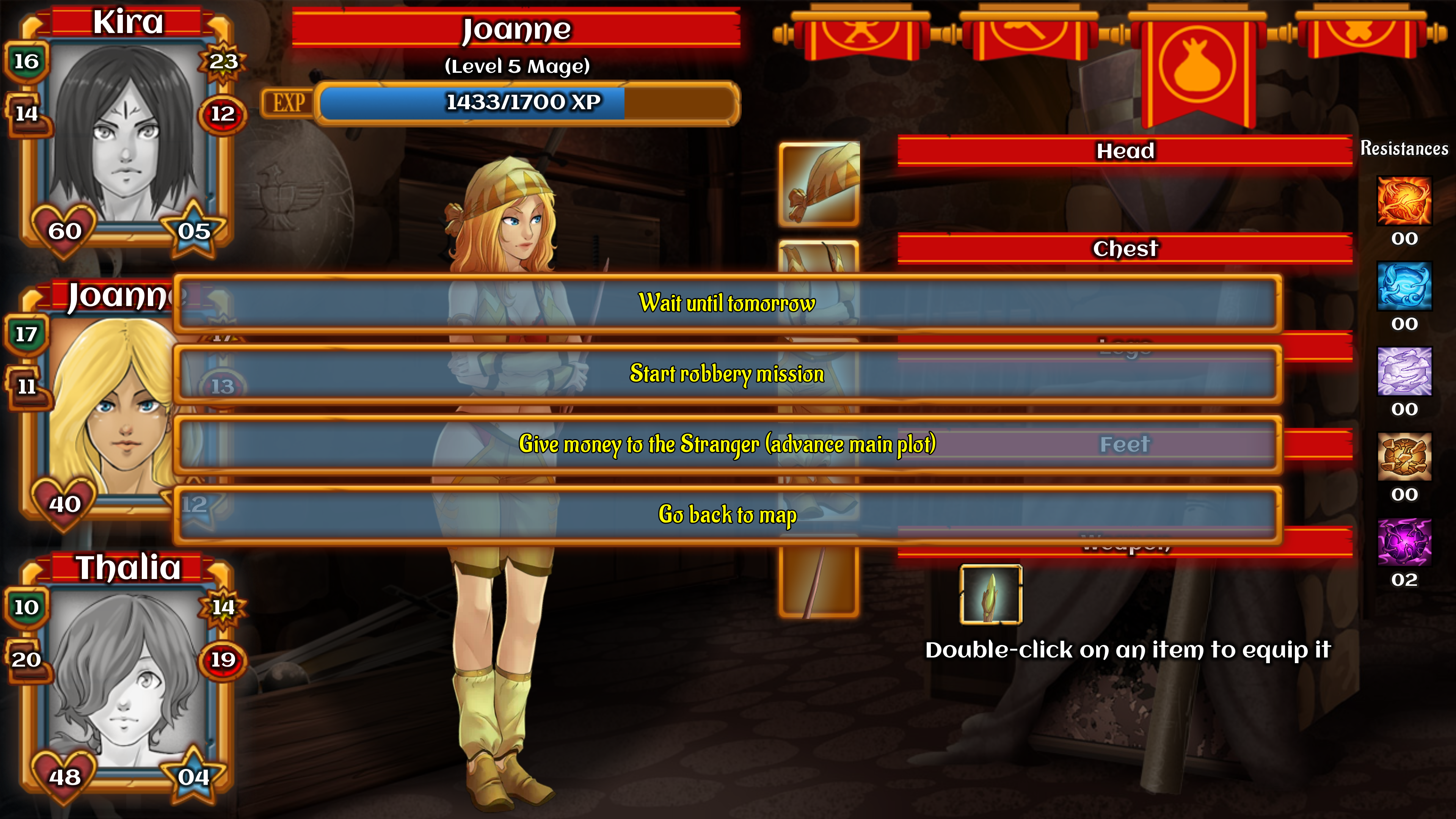 Ah, lol. No I can update this, I noticed it happens whenever the choice menu is displayed (even during normal choices). I updated it to version 1.0.5 on Steam, need to update it on itchio as well

I updated it on itch.io now, not sure if you have it there. I'll update on Steam probably tomorrow (now is late)

Return to “Queen Of Thieves”