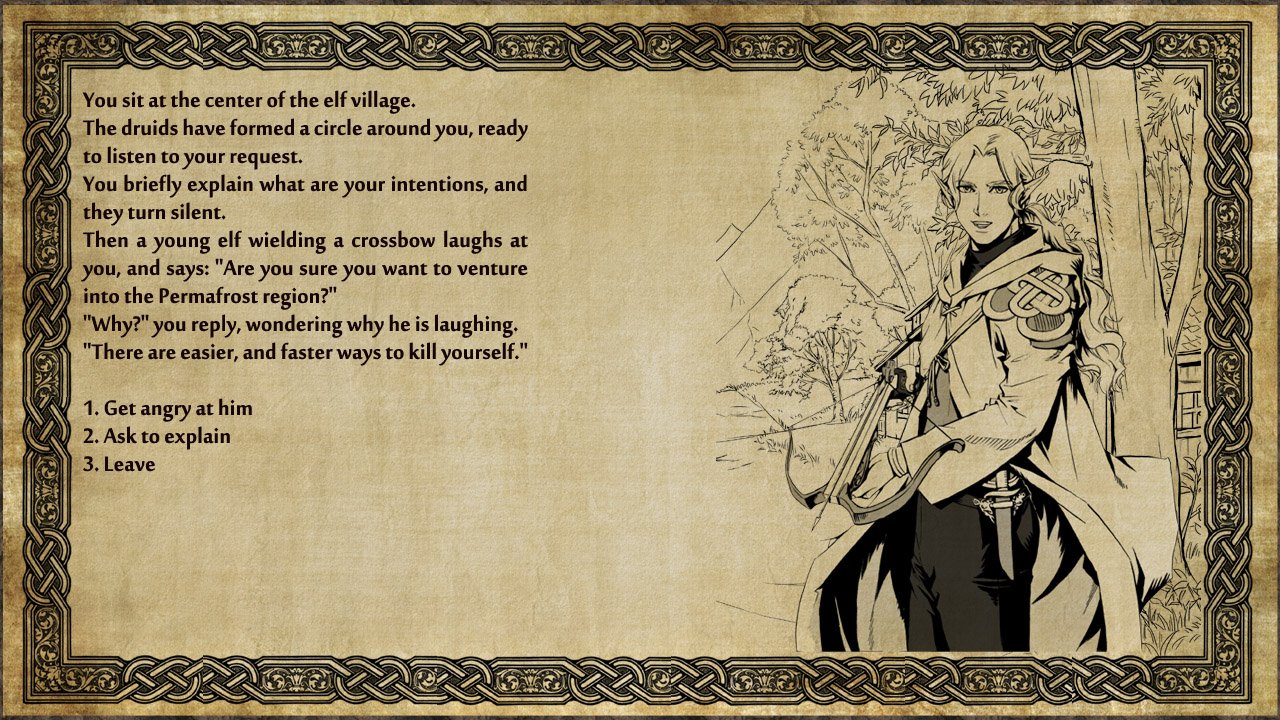 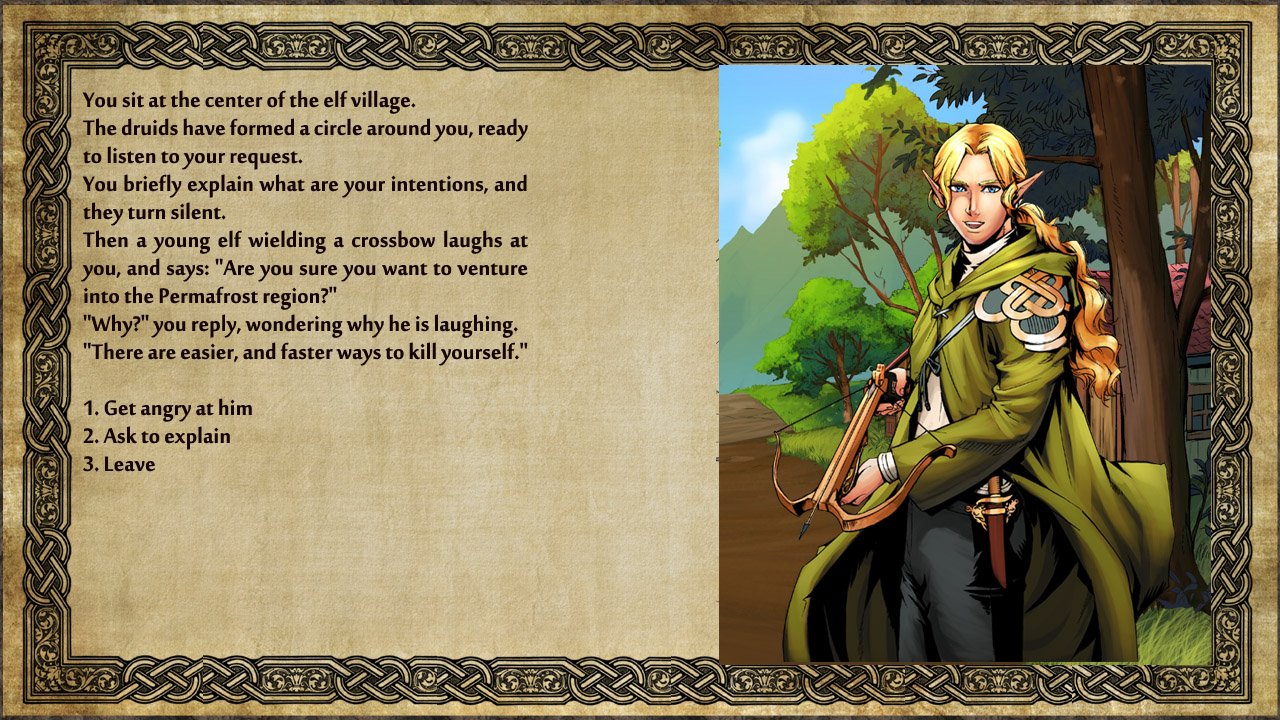 I made two more attempts of a mockup for a possible "book-game". Well in practice a visual novel, but written like a book instead of dialogues.
Which one looks better? I think the B/W fits well with the "old look", but on the other hand, colored images looks better... especially if there are more going to be some romantic/spicy scenes...

The B&W is awesome. But maybe I just don't like the specific shading in this example.
Top

Is there a less saturated more vintage-style color shading you can try?

Yeah I asked same question on twitter, and while almost everyone voted the B/W, they also made me notice that the colored one wasn't really colored well for this thing. Some sort of water-color could work more. Maybe I'll make some other tests (even if I also need to think that I can't color them myself, so I'll need to find someone to do it).
Personally I like the B/W one too

I appreciate some black-and-white art, and in some cases can even help with the atmosphere. Onibaba is an example of a film that made good use of high constrast black and white.

That being said, I wouldn't want it every future game. Make sure it works with the look and feel you are going for.
Last edited by Jaeger on Tue Dec 29, 2015 9:56 am, edited 2 times in total.
Top

No of course it would be only for this specific game. I don't plan to make all games black & white

Like when I mentioned I could do some more sexy games in future. Are only experiments I am doing to test the market.
Top

Prefer color myself; but as stated above, the coloring is off for the design.
Top

After a while the poll is quite even! interesting.
I think I should do another one, about the writing style. I mean, like the normal VN dialogues, or "prose" (I think is the right word)? like how I wrote the example above.
Wondering if people prefer the VN style, or would be fine even with prose (like a book).
Made a twitter poll about it: https://twitter.com/pcmacgames/status/6 ... 0832019456
Top
Post Reply
9 posts • Page 1 of 1