Thanks glad you liked it!
Top

So I just finished 3 of the routes. Zoe, Jade, and Rika, thought I would offer a little feedback on the routes.

All in all it was a fun little game, definitely different from your usual style. I wouldn't really like many more games written this way personally, but as a one off it was neat to see something different. I especially love me some College/University romance's and I always enjoy seeing more of those.
Top

Thanks for the feedback. The Zoe kiss scene at the end was added by me since there was this unused CG and I wanted to add some sort of vague possibility that maybe Zoe wasn't just using Kayla as "a sex toy" the whole time

About choosing who to hangout is not possible due to the way the game was written/coded, I am not going to TOUCH this again ever, I spent way too much time on it already, but I can tweak the relationship values for example, if you say that's too easy to max Zoe's relationship. But following Franka's guide in these forums, you should be able to get to the Halloween point and then from there choose a romance to pursue, and reload from there for each love interest without having missed much.
Top

About the relationship values, it's the old curse of wanting to choose the "best" answer (most points) for every choice. If you do that, you'll get Zoe Halloween and probably choose beteeen Zoe and Rika route. That happened in my first game anyway, which is what prompted me to see if I could equalize relationship values at Halloween.
Top

In any case considering it's a plain VN, shouldn't be too much bothering to replay it right? with fast-skip an all that built-in ren'py functionality?
Top

It's super quick to replay with TAB key and rollback after choices to get +/- relationship. I don't see a real issue, but it's true that Zoe is heavily favored in points. In just one of her scenes before Halloween (the jogging scene), you can potentially get 25 points from 4 choices. Meanwhile, I think Jade can get a maximum of 25 points total before Halloween, and two of those choices will also boost Zoe by 15 points. It's certainly not designed around equal points, but I don't feel it has to be.
Top

Ah yes the jogging scene! I'll tweak the values of that one when writer is done reviewing the texts. It doesn't need to be equal indeed, but I think I've exaggerated a bit in that scene

Today have done a big update and bumped the game version to 0.7.8 to reflect this. The story overall remains the same, but there have been various adjustments in particular for Lana, and also Zoe. The endings have been reviewed/edited to match better the story, etc.
Not sure if worth replaying for those who already played the first version. Remember that if you have set "seen text" you can just fast skip and the game will stop only to show the new texts

I ran into a bug at the Christmas party. If you choose to see Rika, you get the scene with drugged Zoe afterwards, but you can then choose to see Zoe after that, and you'll get the same scene again. 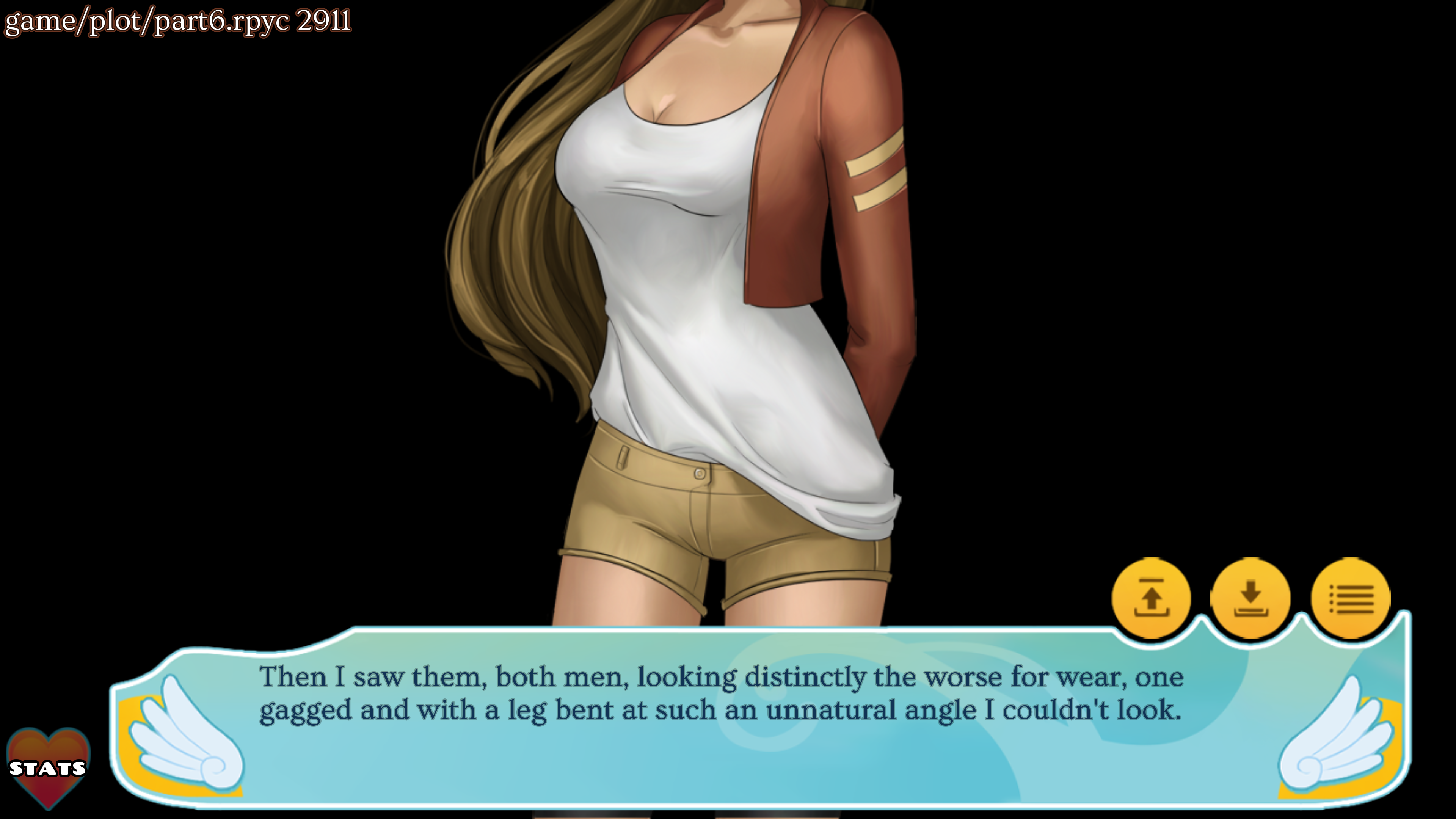 Do you have saves of both bugs? Thanks!
Top
Post Reply
65 posts