As usual here's the link for the beta version:
https://winter-wolves.itch.io/volleyball-heaven

Be warned: the game uses strong language and contains mature themes. It's very different from my past games

What's New in 0.8.1
- fixed a bug that was triggering Jade's job scenes by mistake on Rika's path towards the ending
- now Pina Solara sprite (Lana's ending) is not reused to show Rae during Xmas scene and fixed also the character's name display (before was displaying Pixie)

What's New in 0.8.0
- fixed a bug that wasn't returning properly if you picked "Find Rika" during Christmas, causing Zoe's scene to trigger twice
- fixed a bug of missing background/wrong images in a later scene with Zoe (no details to avoid spoilers!)

What's New in 0.7.9
- fixed a bug that was assigning automatic bonus point to team members already from week 2, instead they start from week 11 and only in a few weeks, not always!

- getting Jade's job is now a pre-requisite for her romance (to avoid plotholes) so if you don't get it, her romance path will be disabled
- during several points in the game you'll get +2 relationship to all team members (not Emily) to make it less frustrating beating all the opponent teams to unlock the bonus CGs
- added a "stats" button to display the team alchemy stats any time during the game
- New kinder, less abrasive Lana texts (from Christmas Day scene)
- New proper endings for Lana and Zoe indicating continuance of relationships. (BBQ scenes)
- Revised gameflow.rpy endings to more closely match original writing style
- Minor addition to Christmas dance scene to indicate Zoe's fondness for 'cruel' practical jokes on people.
- fixed several typos/grammar mistakes

What's New in 0.7.5
- fixed two small plot-holes in Jade's path: when you're hired you can choose if to go shopping with her or Lana. Choosing Lana was originally supposed to end the romance but I managed to still make it work adding variants to some lines of texts (would be bad to just have a sudden "romance is over" over a simple and apparently harmless choice!)
- added more info about Norma Sex CG in the gallery screen, explaining how you unlock it (since you can have sex with her in two occasions but only one has the CG)

What's New in 0.7.3
- by mistake a scene regarding Rika's job offer was always called even if you refused
- tweaked car scene with Kayla and Terry to make it look less absurd (due to Terry crossed arms pose ! :D)
- fixed a few typos

What's New in 0.7.2
- the hot spring CG for some reason wasn't showing in-game (while in the gallery worked fine) this has now been fixed!

And if you play it and find any errors of course let me know as usual! Even if it looks simple there's some branching going on behind the scenes so I might have left behind some small plotholes or mistakes. Thanks

There's strong language and then there's, apparently, this... 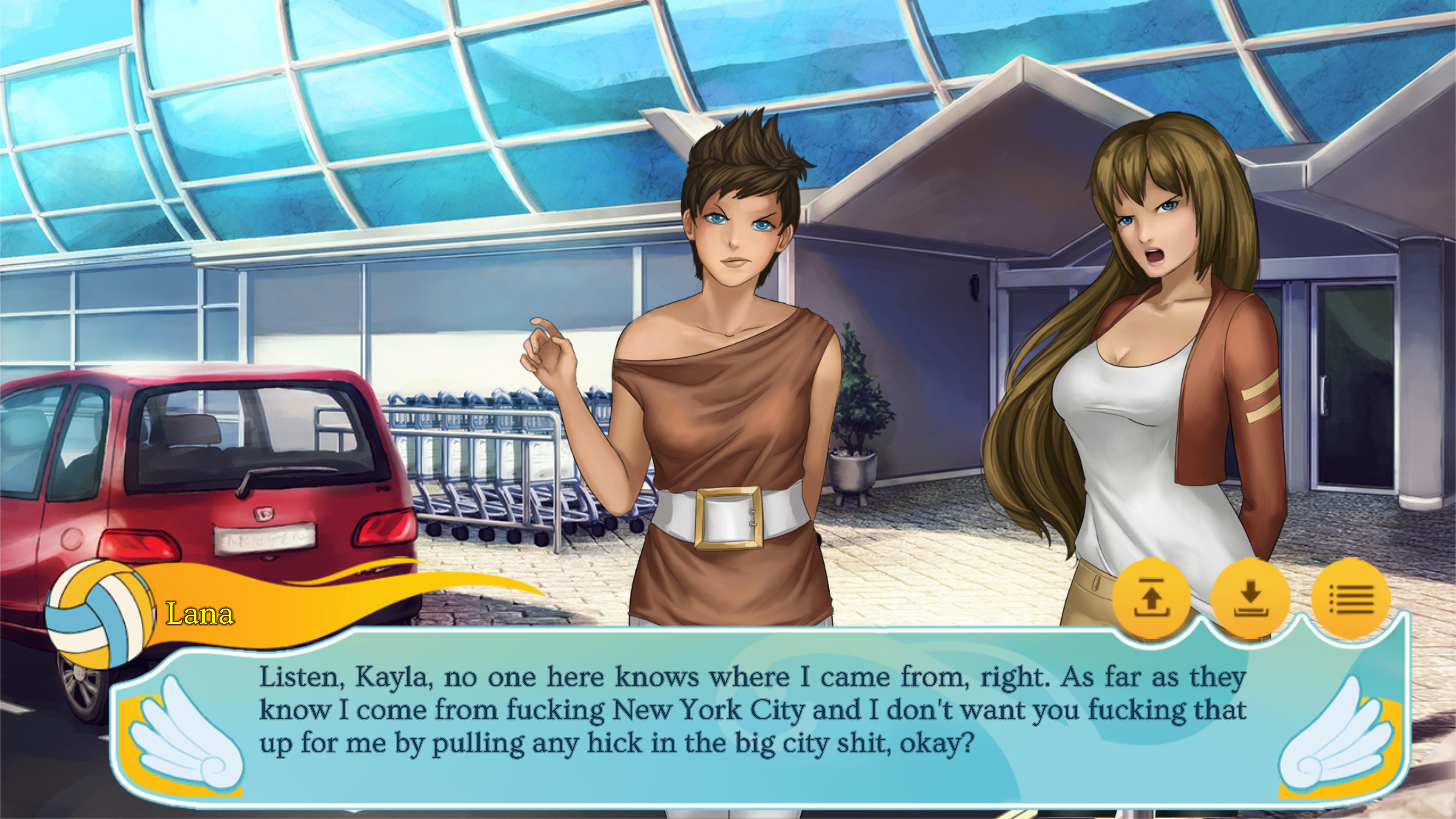 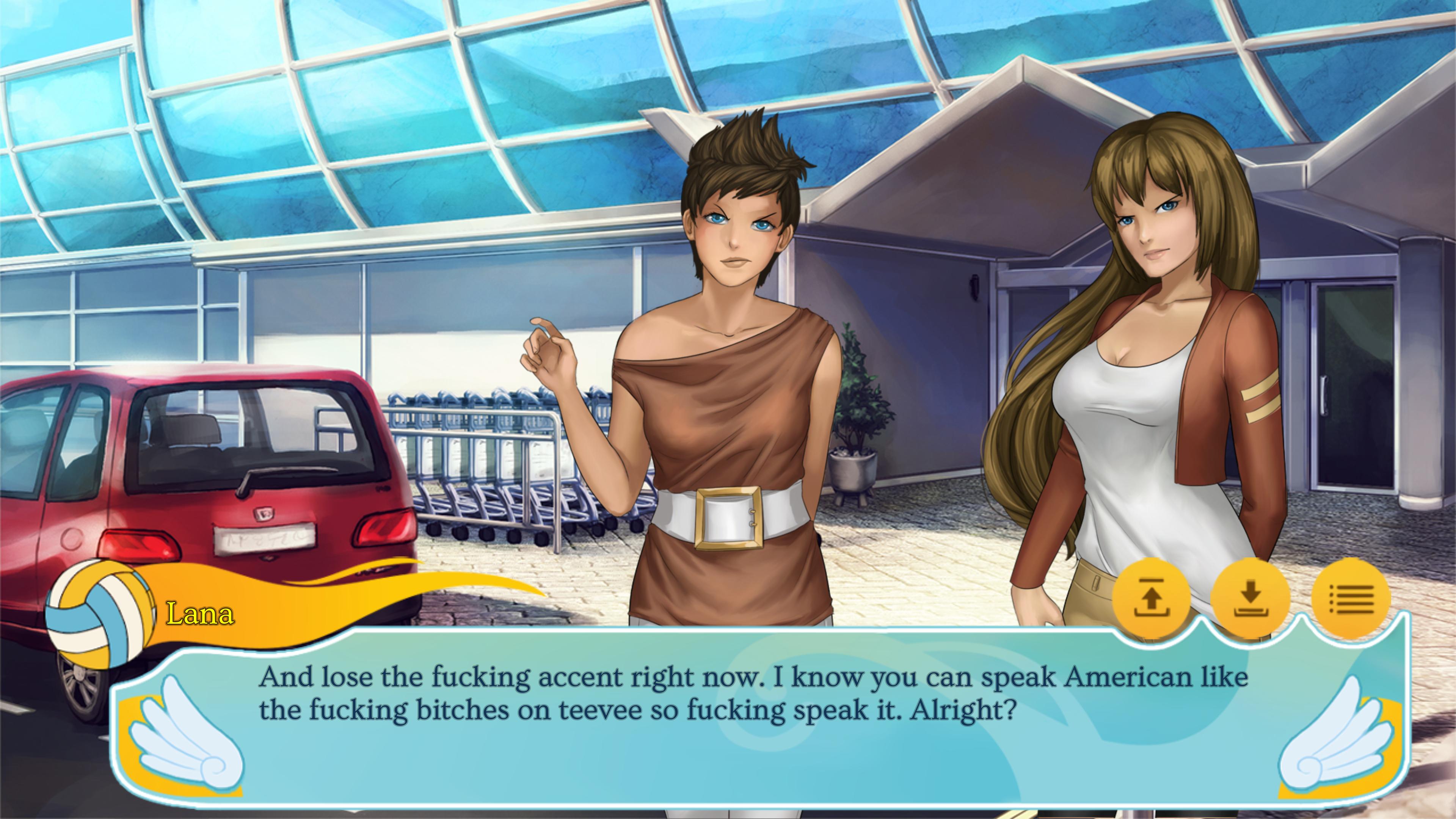 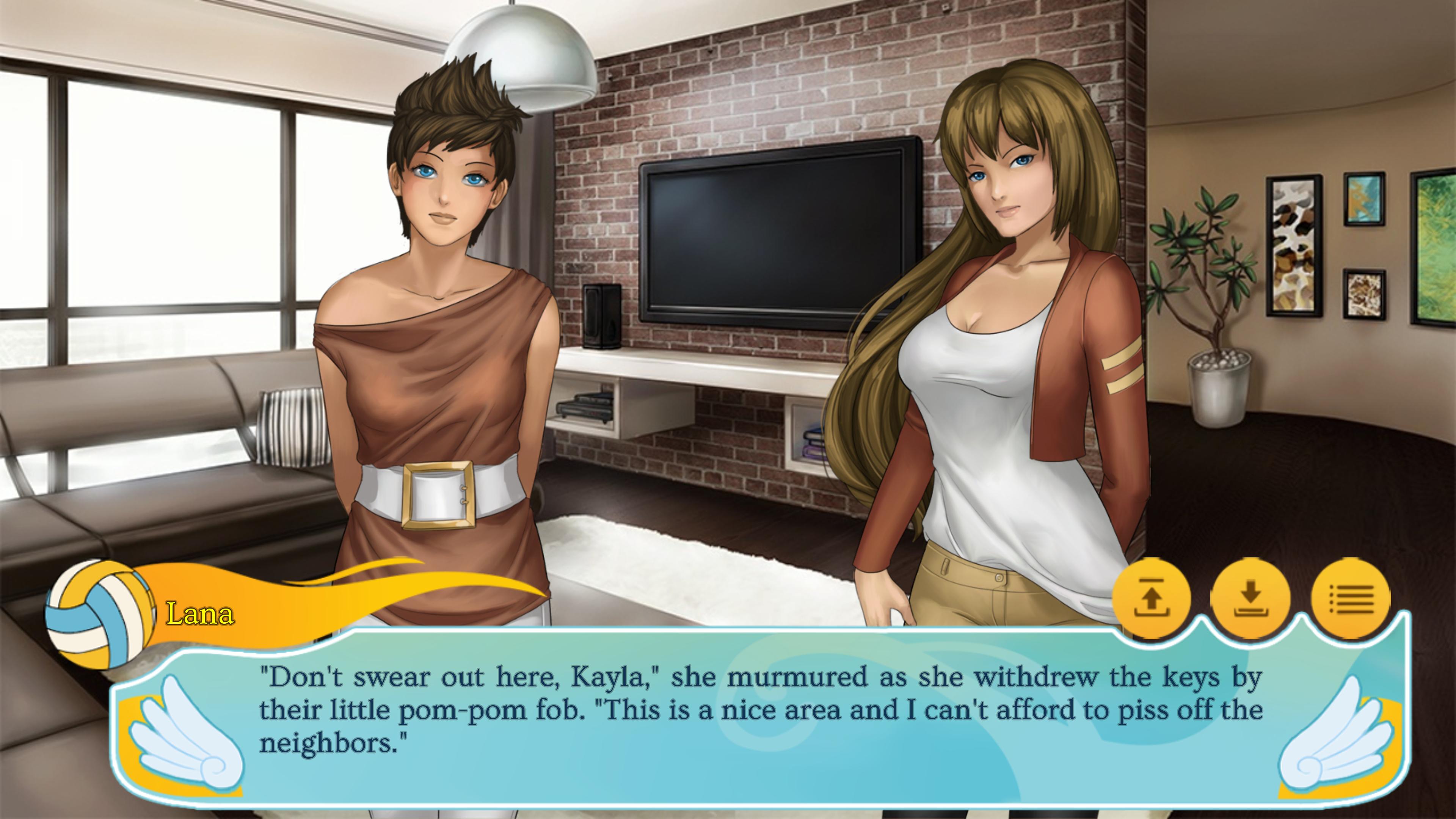 I'm assuming this was deliberately done to provoke the reader, but that's just ridiculous.

Between this and Kayla cringe-breaking the fourth wall, I'm about to stop before I really got started... Well, I guess I gotta force my way through it and hope it improves, for the power of yuri!
Top

...and now the fourth wall breaking becomes its own character that speaks on my behalf. Yeah, I'm out... for now at least. I don't want to offend anyone, but the writing really doesn't work for me.
Top

Sorry that you didn't like it, but it's OK - I knew this was very different from my other games, and that's why I wanted feedback from people.
Also if more people complain about the strong language, it's not like I can't edit it a bit and remove / tone it down before Steam launch. Since the art of the game (in particular the CGs) is really pretty would be a pity if people were put off by the writing only.
I'll wait more feedback before taking a decision.
Top

From those screencaps, I don't have an issue with the amount of swearing. I have met plenty of people in my life that swear that much (if not more) and I am not using hyperbole. I admit Scots are infamous for swearing a lot (We make fun of ourselves for it) but I also follow a lot of Australians online and this is positively tame for them. If you've ever been to a The Flaming Lips gig then the lead singer Wayne Coyne uses f*** as a filler word when he's talking between songs. It was kind of strange hearing an American swearing so much, I admit, but it does exist.

I confess to having not played the game since, personally, while I love Yuri I'm just not that big a fan of the art for this game (No offence to the artist. It's just not my style). Also I really hate fourth wall breaking and if that exists like people say then I'm definitely not interested. The last VN I read with that sort of stuff made me audibly groan.
Top

Thanks for the feedback. The art of the CGs though is done by a different artist and is amazing

now that I think about it, probably I should include at least one of those CGs in the game page to show the difference.

Edit: I have added one of the many CGs to the game page: 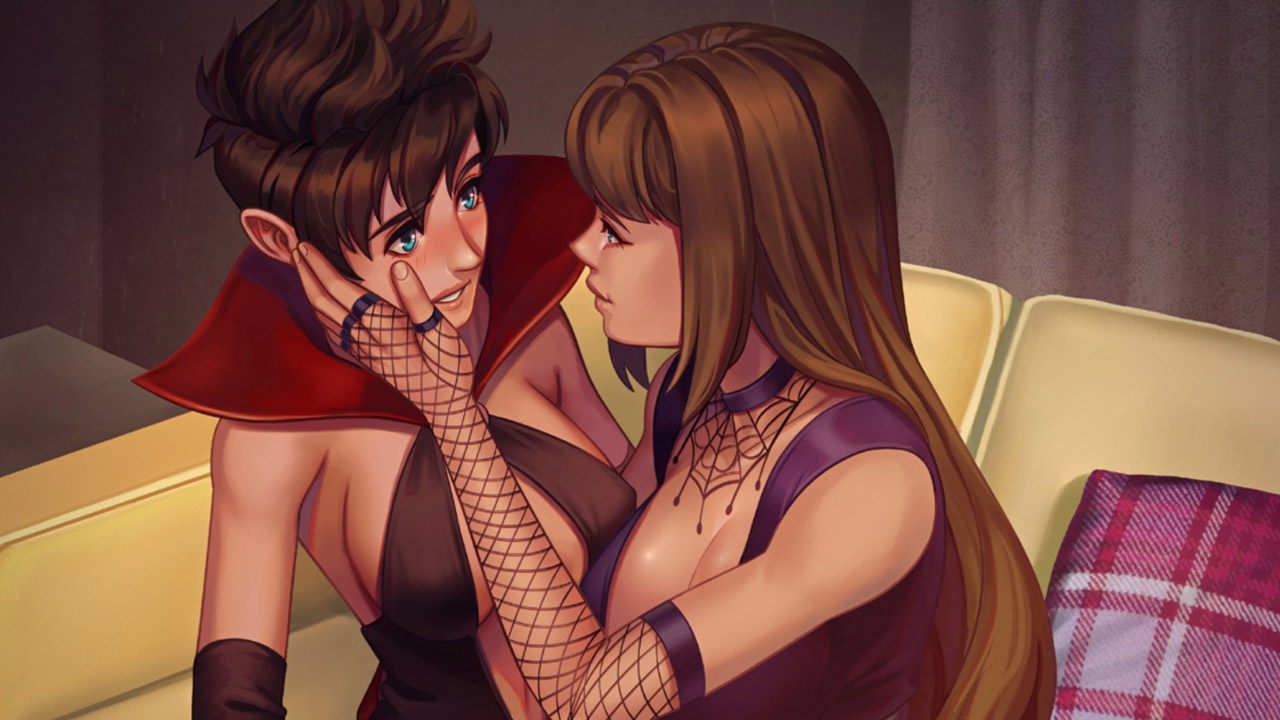 The CG art is definitely more my style.

Haha I bet. It's impossible to not like such finely drawn ladies!

I played some more, and after getting a bit annoyed again, I tried a fun experiment. I unpacked the script and counted the number of times the root word "fuck" was in there. Care to guess?

Spoiler:
I might not have been totally accurate, but I found 1064 instances of "fuck" in the 200k+ word script. That's something like 0.5% of the total word count.
I personally find that highly excessive, but I guess, if I power through, I'll become desensitized eventually. Also, that's not counting other words like "bitch", "shit", "piss" and what have you, of which there are also plenty.

I understand using expletives for impact, I don't get using them in almost every sentence. It's extremely distracting.

Looks like Emily and Rika have the fewest foul words, so I guess I know who to romance.