So the cat's out of the bag: blog/2017/07/announcing-volleyball-heaven/

Even if I didn't announce this until now (and it was a good move, considering it had trouble development once again

) it was in the works since 2014 or so. That's why it is "yuri only". As you know in all future games I'll try to make at least two romance combos, but even if I announced it only today, this is still "an old game" (or at least a game I started years ago).

In the next blog post we'll introduce each character as usual

Oh this is finally official now.

I could have probably waited a bit more, since with all the other things going on, I'm not sure if I'll manage to release it before end of this year. But at least won't take 3 years like... ahem... "other games"

I just realized, we don't get to see who the main character is yet. Or is she the one on the extreme left?

Yes, though I noticed now that she still has the "old name". The right name is Kayla

Will this game be using the new RPG framework? Will it have isometric battle maps? 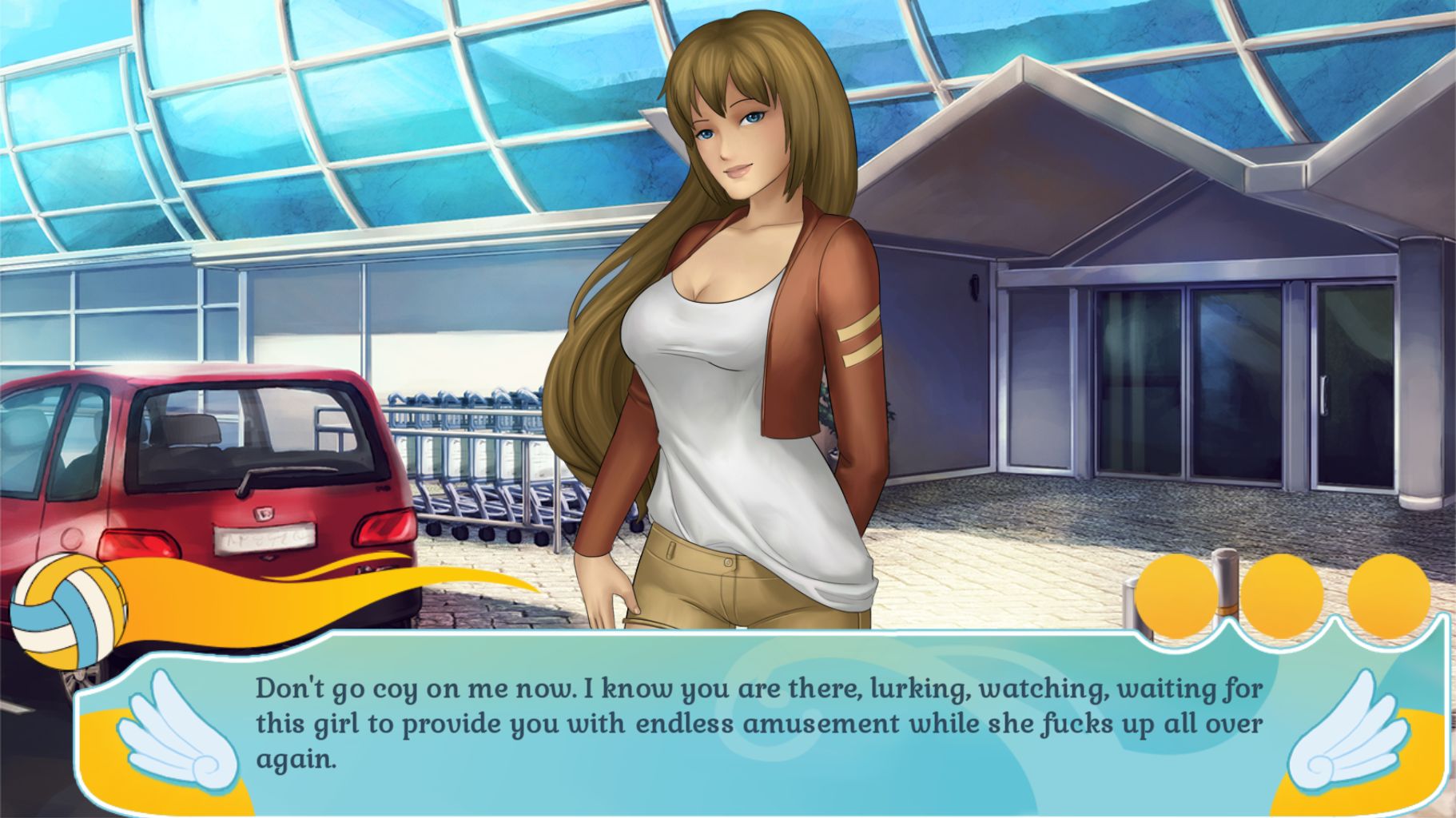 writer started scripting, though as usual I'm reviewing every scene myself. In the game the fourth wall is broken but in a way similar to House Of Cards (the protagonist talking directly to the reader). I kind of like it, in some scenes it's very hilarious and works well

Fourth wall breaking is fine when the story is being presented as if it was narrated to us by the protagonist, but I'm not at all fond of fourth wall breaking when it reminds us strongly that we're really just playing a game. That breaks immersion, and I don't find that very clever.

I guess we'll see, I'm obviously getting the game either way.

Yes, I don't like it much either in general, however for example in House of cards works great (IMHO of course). In this game, while reading the story sometimes I forgot about the fourth wall breaking completely. I mean it's present, but it's not the whole focus of the story of course