by jack1974
I've been thinking more about this, I think the issue is how the normal hair is drawn. For example this is the romance CG lineart (just a preview!): 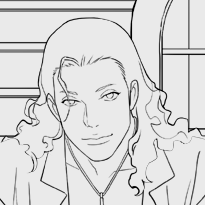 and I think there, even with long hair, looks great. So I think the problem is to have his normal sprite match more the romance CG lineart, I think that should be possible. I've asked another artist to try changing it (since this was Loren's artist and I can't ask him anymore).

and I think there, even with long hair, looks great. So I think the problem is to have his normal sprite match more the romance CG lineart, I think that should be possible. I've asked another artist to try changing it (since this was Loren's artist and I can't ask him anymore).

That would be great, in the CG his hair look much better, while in his sprite it looks kinda afro and it doesnt really suit him, thanks a lot for this and I look forward to play this game and romance him

by Zeta123
I think the line art is fine. It's the way the hair is colored that makes it looks bushy. It would be great if you could recolor it.

either with coloring or tweaking the lineart.

artist sent the "hair tweak". I think it's better (the old one looks a bit unrealistic and too long compared to the CG).

by jack1974
On the art front, people on Patreon already saw the... VERY INTERESTING

sketches for the pin-up images

I did, for each love interest (plus Karen, because AMAZON QUEEN!) a pin-up image, both naked (ahem) but also dressed, so they can be used as CG in the game, based on the story.
Now I'm reading the various "camp talk" scenes and... damn I got inspiration to do more. There's an interesting scene with Leena fixing a boot, and I can't help but picture that scene in my head. A sexy Amazon showing her legs

and of course also more with the males.
I think I need to commission another batch!

I just commissioned a new pin-up image for all love interests. This time not for Karen, since she already got a bonus image in previous batch (the idea of Karen riding a griffon was too cool to not have at least one image done).
All the poses/situations are very interesting, and like with previous pin-ups, they can be used fully dressed in the game story itself 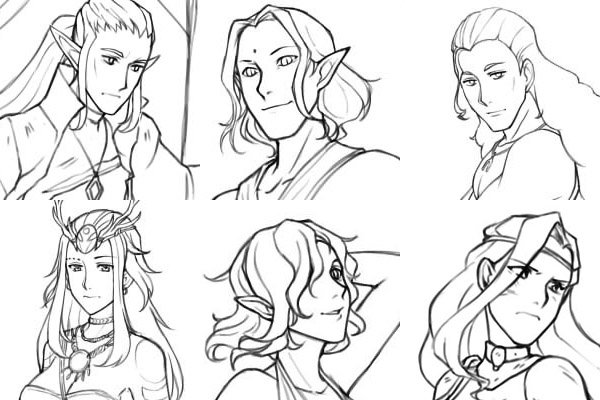 ) of the first batch of pin-up CGs. I have another round coming. There's also a bonus Karen pin-up which is probably one of my favorite.
Yes it's another artist as you know since Loren's is no longer working. Some people will complain like happened with Amber. Personally I think it's well worth having a different artist but have bonus hot CG than nothing

p.s. Jasper still has the old hairstyle but will be fixed during coloring! 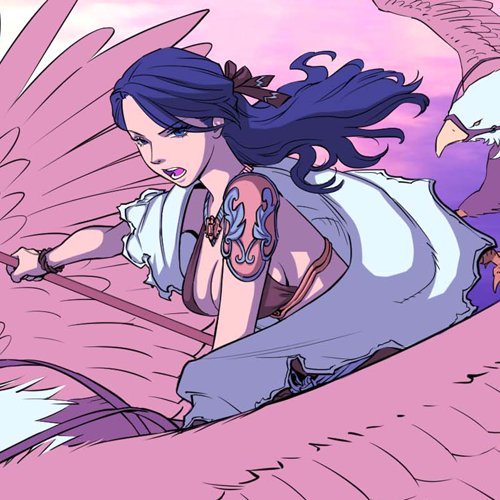 the game romance CGs and some non-romance CG were still done by Loren's artist. Now Dennis (from PSCD) is coloring them all. This is a close-up detail of a much bigger scene, with flat colors only (so not finished) but already looks epic

(Well that scene IS epic to be honest!)

by SirSlothMan
Ahh Karen, how me and Elenor miss you so, hopefully you'll see each other again... one day. :D
All times are UTC
Page 7 of 11
Powered by phpBB® Forum Software © phpBB Limited
https://www.phpbb.com/