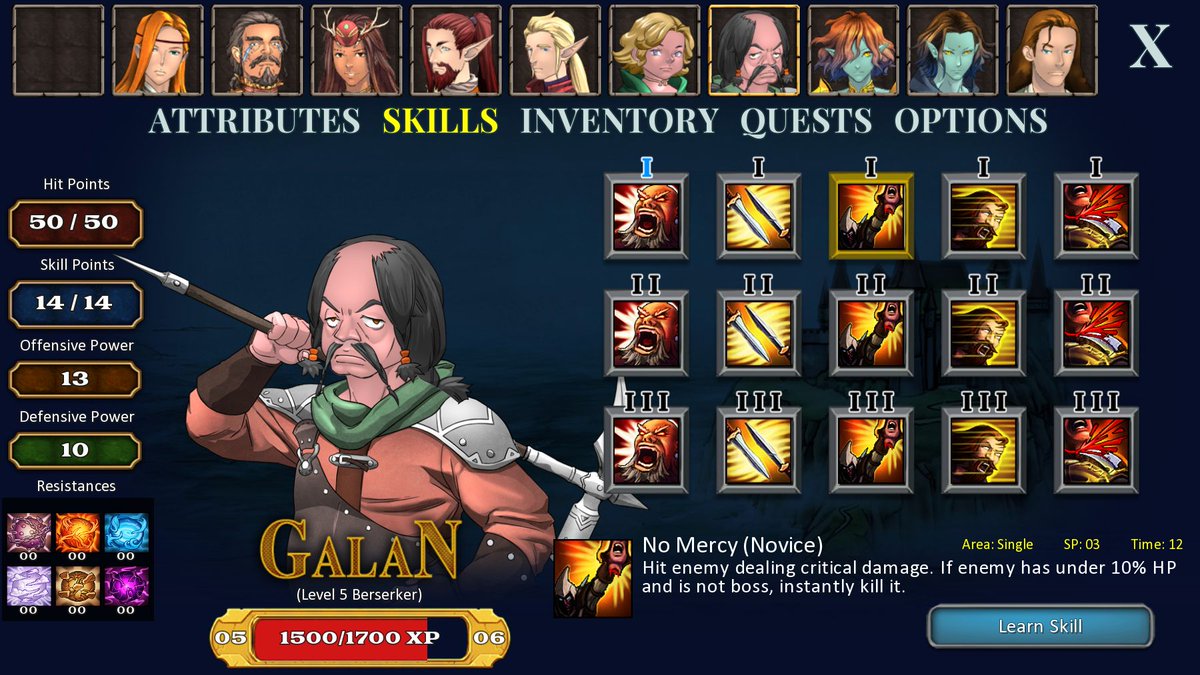 Added something that I remember was requested long time ago (in Loren I think? not sure).
In the skill screen beside the usual HP/SP and the resistances I also display two other values: offensive and defensive power. Of course during battles will matter more HOW you use your skills. However that gives an idea of the character's strong/weak points.
Offensive is currently obtained by Attack+Critical Hit
Defensive is Defense + Speed

I know that Speed might also influence attack. That's true, but I still have to tweak of the battles will play out in this game. I used QoT as base, mixed it a bit with SOTW

So Speed also influences how hard a character is to hit, reducing damage in case the blow doesn't land fully. Anyway if later during testing those values are misleading I'll simply remove them 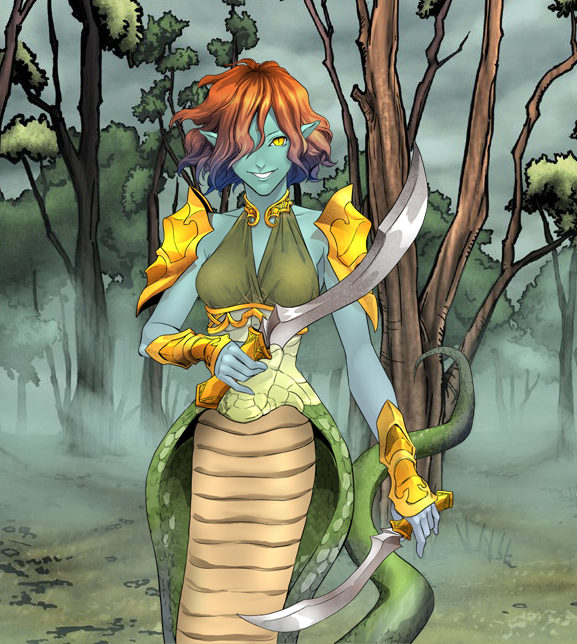 She looks amazing! and after reading about her skills and design ideas, I'm loving her even more as I really enjoy the dual wielding and how she uses her speed.
Top

And now I imagine some fantasy duels... Chalassa vs Syrlsissa, who would win?
Answer: Loren 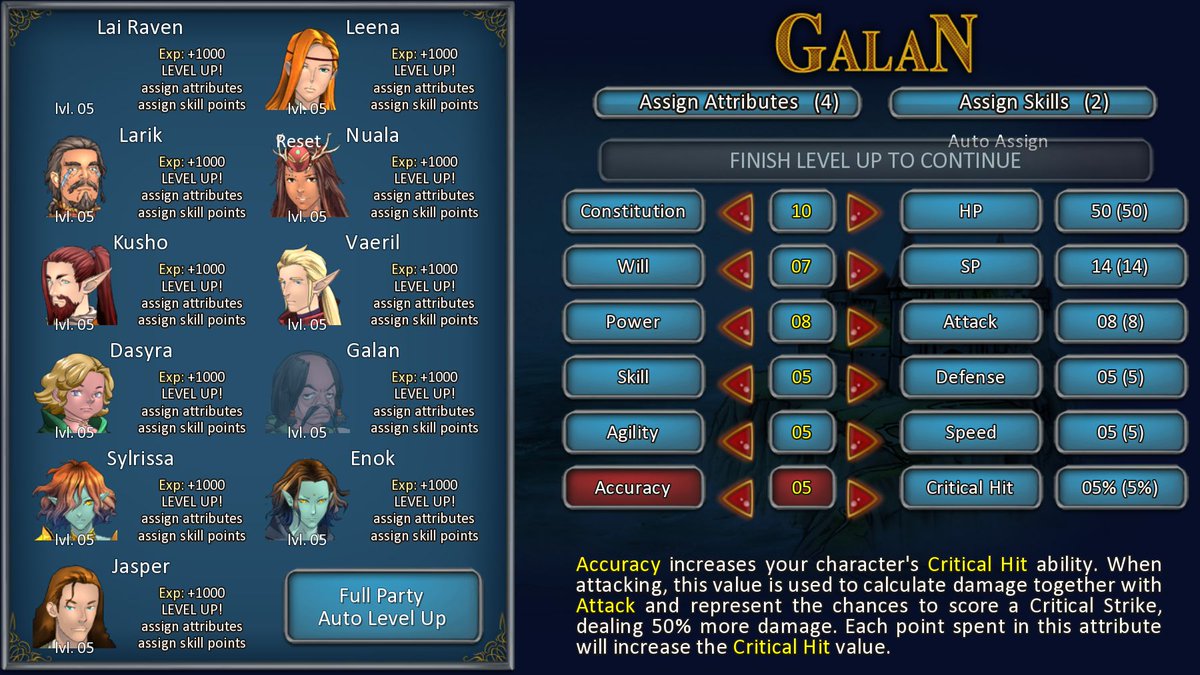 coding the level up/post battle screen. This mix between SOTW and QoT code bases is hard but I think should manage to make it work

The "Lai Raven" on top-left is just the name I put to my main character (you can name yourself). It's still empty because I haven't the art yet.
Top 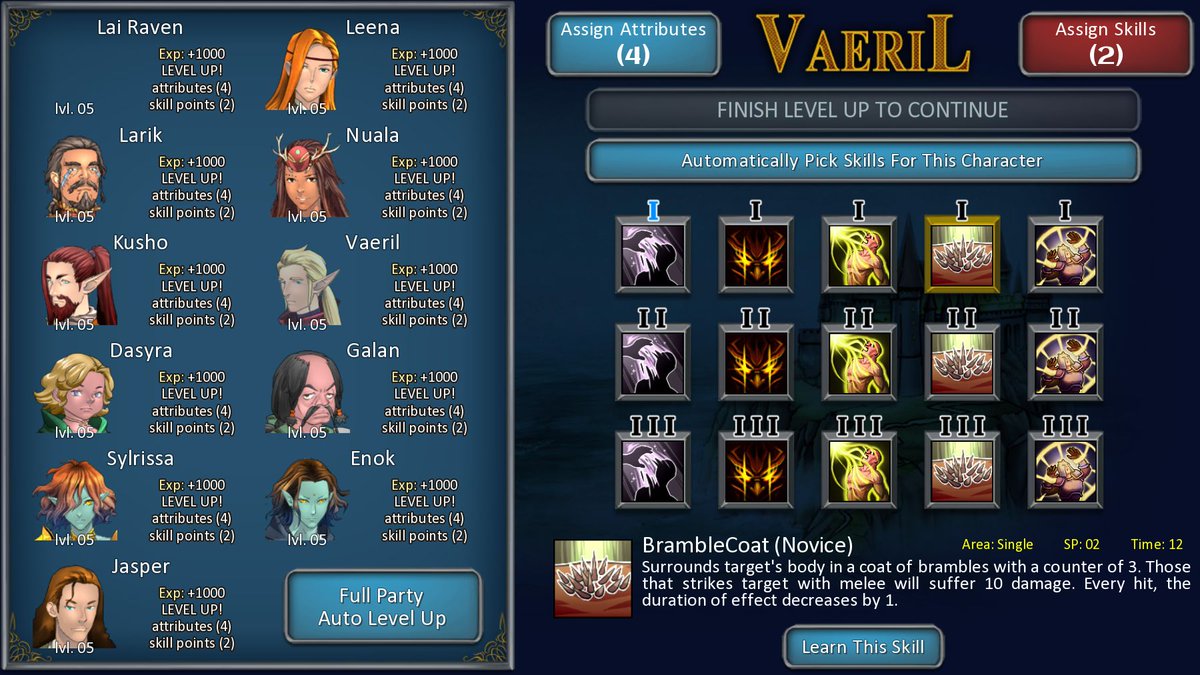 Finished coding the level up screen. I might have some more custom skill icons made, so they're not always the same

Tomorrow will start doing the battle screen, the biggest change of this game. That will take me a week of work probably!
Top

What's the skill on the left? Some sort of absorbing spell or HP and/or MP?
#ChambarasArmy #ChalassasFreedomFighters
Top 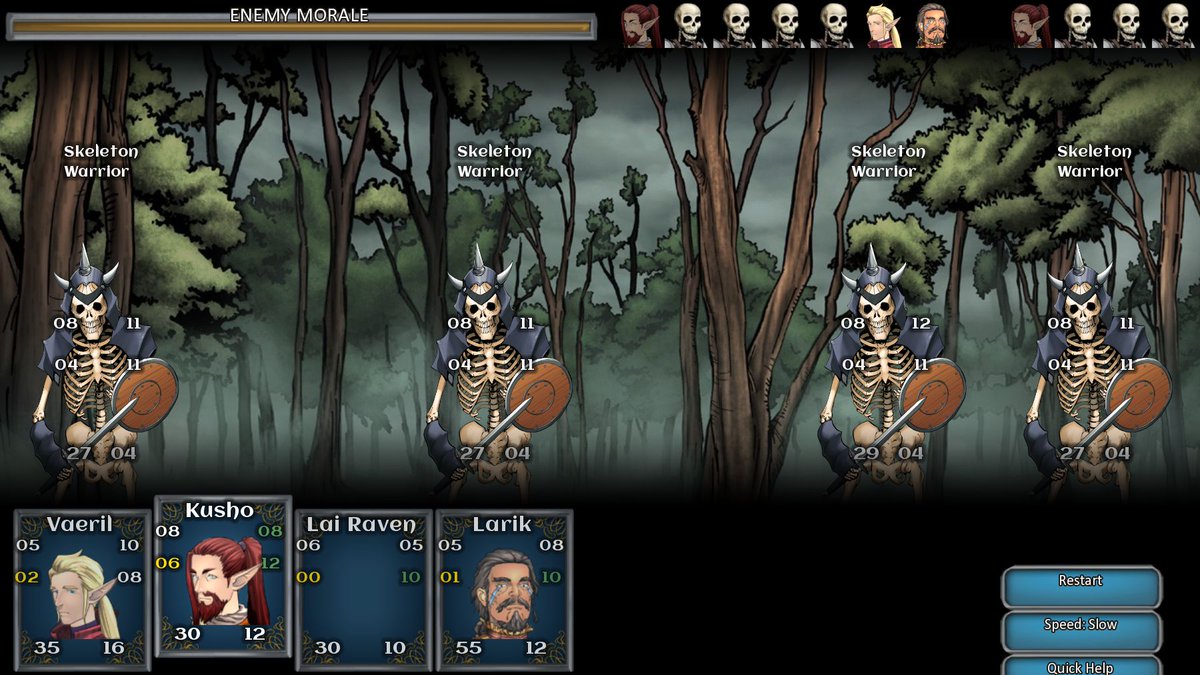 the new combat screen layout. Obviously it's a BIG work in progress

).
I need to find a place to put the log, even if I'm thinking to maybe not always display it on screen (like a button that can open it in a pop-up window or something).
I also decided to not have randomized items since would mess up a bit everything, I will have hand-crafted items for each party member, so will be also fun to discover what is the best equipment for each character

What's the enemies' morale going to be used for?

Influencing their will to fight, how hard they hit, something else?
#ChambarasArmy #ChalassasFreedomFighters
Top

Yes, also in some cases (not bosses) they could flee the battle in panic. Need to tweak it so it's not too powerful though