So looks like that next year (2021) this game will finally be out!
It went through several changes, also because in the meanwhile things changed A LOT (as often happens in this business). For example since the original idea back in 2014, now Steam not only allows adult content, but yuri dating sims with adult stuff do EXTREMELY better than regular ones without... the extra exciting part

Because of this (and also for other personal reasons of previous writer) I've decided that was better to rewrite it and also do new art. Not because the old one was bad (indeed even the poll where I asked people what I should do was close to 50/50) but because it needed more spicy stuff (old art didn't have base naked images for example, and they'll be useful in several points of the story

I think for the writing too but for that, I'll let you judge once the game is out.
Top

So the cat's out of the bag: 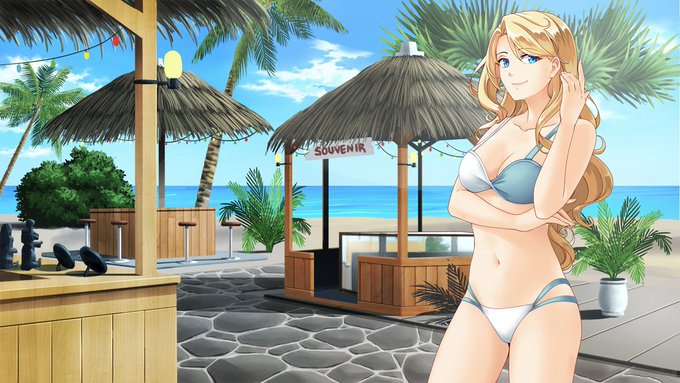 Deji is redoing all the characters sprites. I'll have a blog post explaining everything in detail shortly 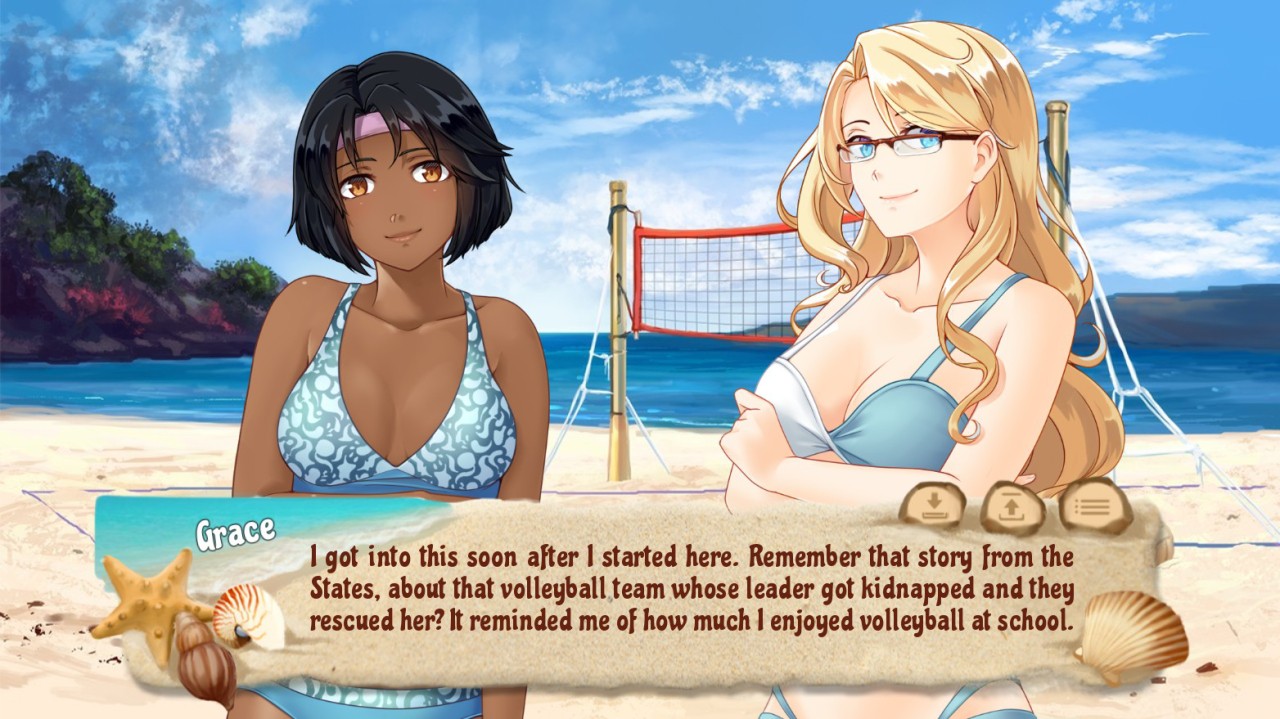 Made a blog post about it, and here's Grace. She looked cute already in previous artist version

Also a fun VBH reference for those who played it!
Top 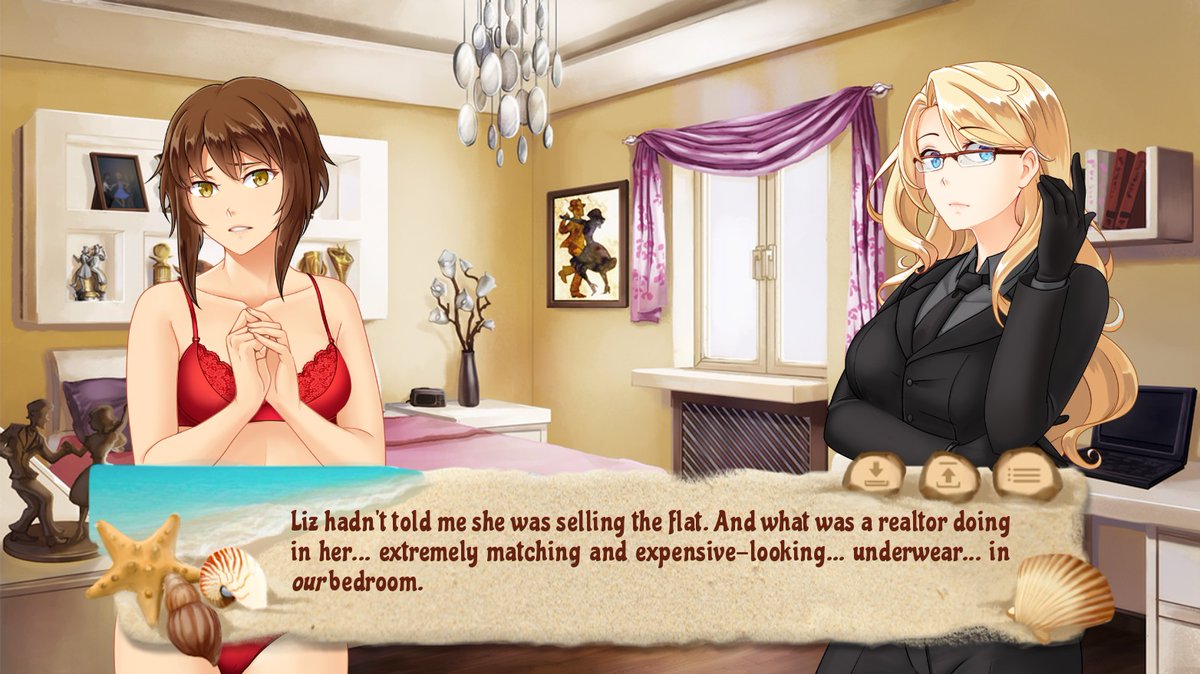 This game is rather funny, in this scene Sybil didn't really understand what is going on...

Today I got the last two missing character sprites! I might still need a few new backgrounds, but most of the art is done 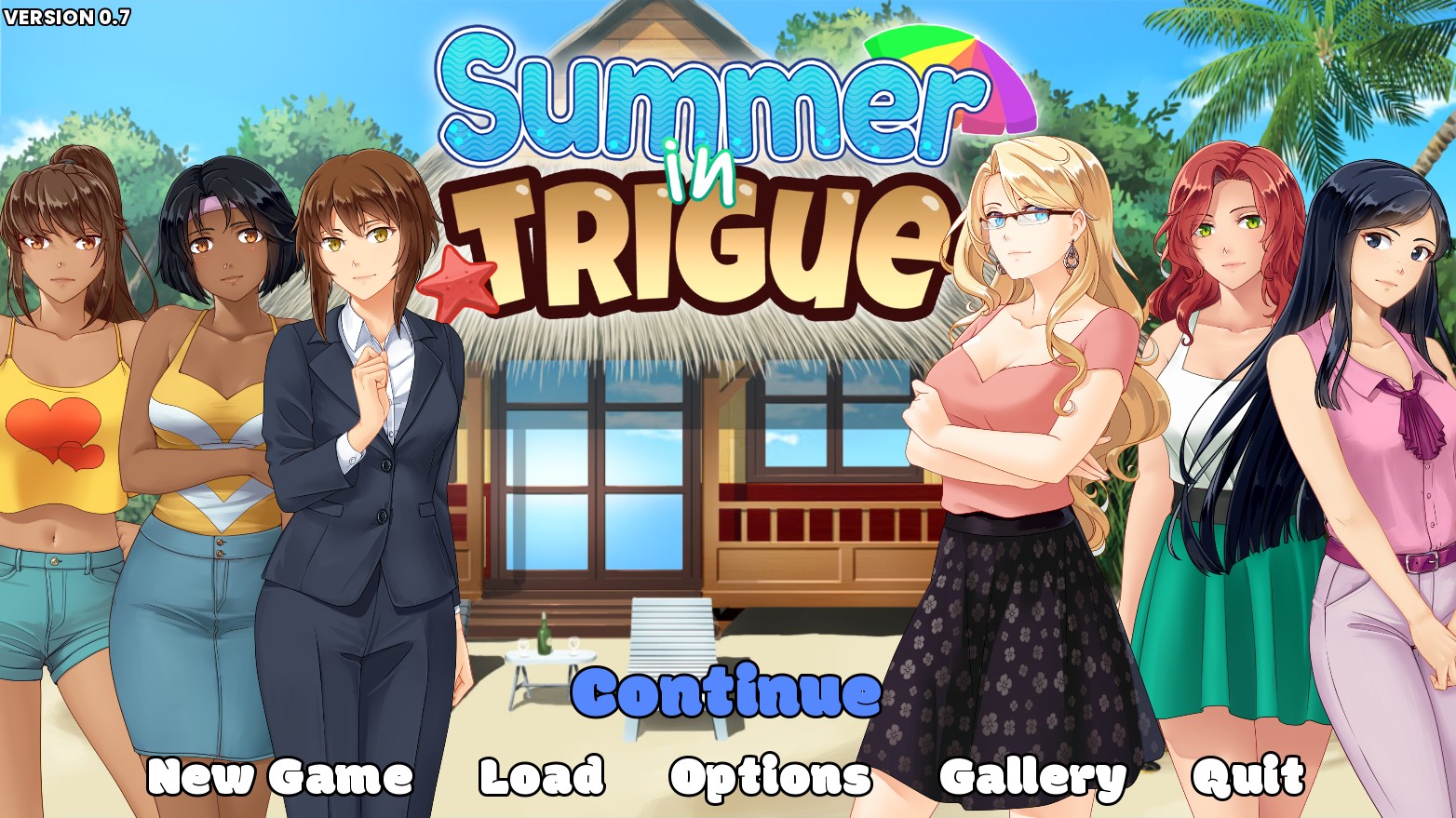 the main menu with the new art

Quote at end of credits and awesome Alex in bikini 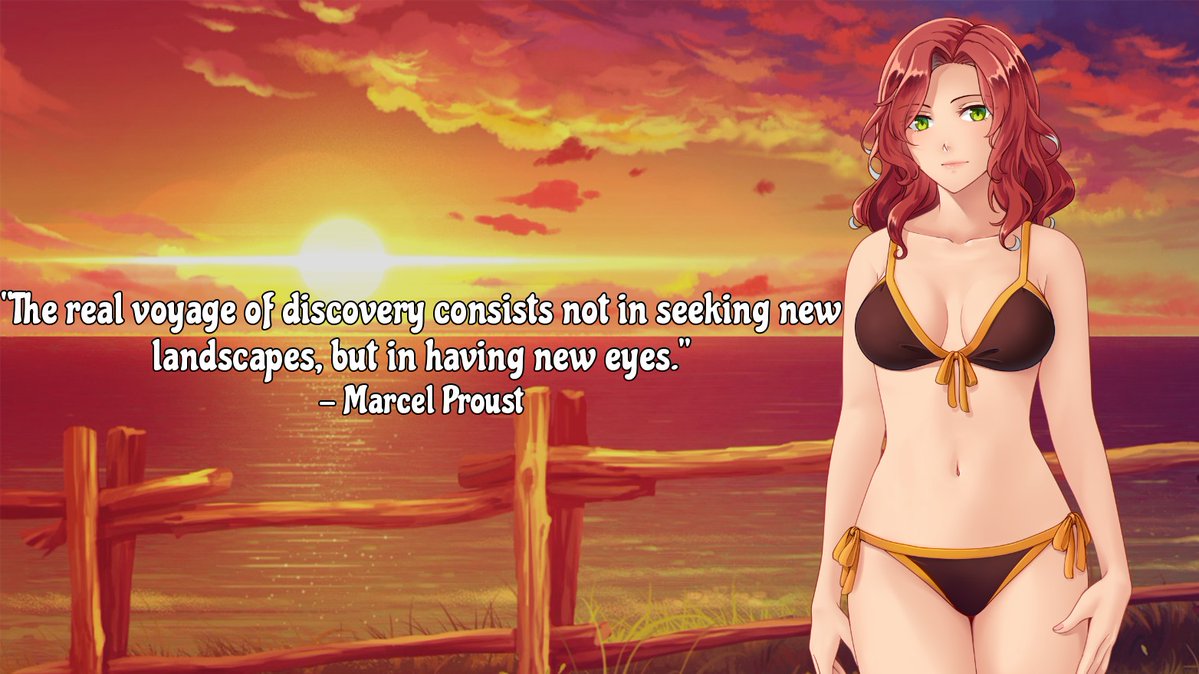 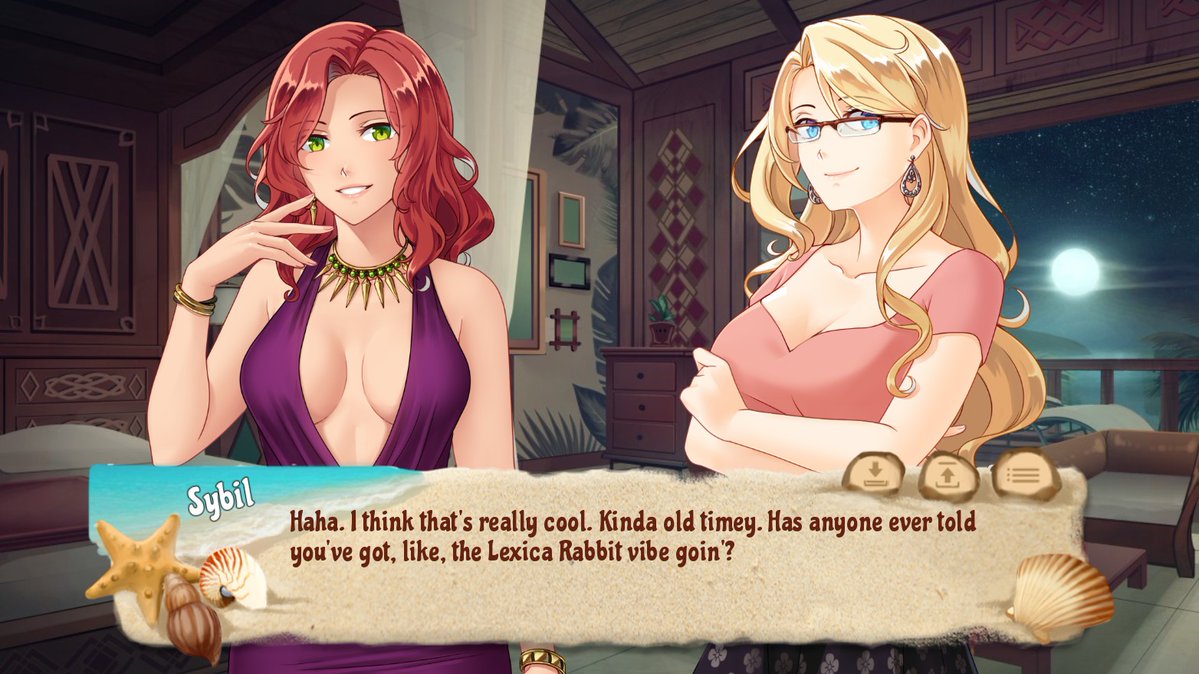 Very happy to say that the game is basically done (was about time!!!).
I will probably have a beta in 5-6 days, I first need to recheck everything and do a few small but VERY IMPORTANT things like adding the cat-carrying poses of Grace and Sybil (they adopt a kitten in her route) and so on!

I want to thank the writer who finished this game on his own since I was too busy with other stuff. I think it turned out well: sexy, light-hearted, relaxing, funny. But you'll be able to tell me what you think shortly