One of my secret project (still just an idea) would be called "Bite Me". It's about zombies

In a game of vampires x zombies I'd play a zombie as they also appreciate the brains.

***
When it comes to Althea/Shea feeling blank, I didn't feel as if that was the case, but as far as the comparisons between Loren vs SotW go*), I have to agree that Saren/Elenor had a lot more personality for POV characters. It's actually one of the very few points (in my opinion) where Loren beats SotW. A part of this was surely thanks to the Friendly/Joking/Forceful answer-choices that could modify Saren/Elenor's attitude.

*) Should really use Loren X SotW, these games shouldn't fight each other but love...

Just started playing the game, and it seems I can only do a few fights before I have to go back home and replenish. You can't use healing after combat (which makes no sense), and stamina poitions cost a lot anyway.

Really it takes away from the gameplay experience when I'm constantly running out of hp and stamina so fast and have to keep running for home. Loren didn't have this problem, so it's kind of frustrating this game does.

So apparently people whine when a game is too easy, but when I do probably the only possible thing to prevent this in a RPG (beside removing completely the XP/level gameplay, but then wouldn't be a RPG anymore!) that is "limited/controlled" grinding, they complain

It's made on purpose, to avoid grinding. There were players getting to Loren's final boss at level 25 when the normal level was 17-18 so having a super easy time and then blaming me because "the game is too easy" lol

Anyway, it seems that most people want easy games (at least of this kind) so future RPGs will be like Loren, no time restriction, always fully healed after battles, etc

So for next games I'll have to get creative and think "how I can have a boss fight balanced, when I have no chances to know how the party stats will be"? easy, will do like I did with Loren and spend max 1 week to balance it! less work for me, and it sold even better, so...

Jokes apart, that's true, probably the majority of people who play my "classic RPGs" do it just for the story/romance, are happy about having "a few" RPG element on the side but as soon as I try to turn it into a "true RPG" they start to whine. Good for me, I will be able to make them much faster

I can always try making some roguelike or heavy gameplay focused games apart from my usual ones, where I believe nobody will complain the game is too hard

by IotaOne
I think one problem is, actually people who have something to complain, do complain, but people who think, its fine this way, wont say, its fine.

So, if the difficult level of boss fights is an issue, why arent they just adjusted to the current character level?

by Troyen
That was tried early on in the beta, but it resulted in the weird effect that your characters felt less powerful as they leveled up. The new stat points didn't matter, but your gear was relatively weaker (and it takes a LONG time to replace all of your gear) and the curving on the stats (3 points for a +1 beyond 40) meant players would fall way behind. It incentivized skipping content to have an easier time, when usually in RPGs the more you complete, the better shape your party is.

What you could do, assuming your nightmare/hard players are also hardcore enough to try and complete almost everything in the game, is just make the "expected boss level" different for each difficulty. So normal is tuned around level 18 but nightmare is around level 25. You can still out-level the boss, but it won't happen automatically just by completing the sidequests (where completing every quest in the game should put you within a couple levels of the final boss +/- depending on how much grinding you did).

Or, you could just not worry about it, like many other games do.

IotaOne wrote:I think one problem is, actually people who have something to complain, do complain, but people who think, its fine this way, wont say, its fine.

Oh I know well, the so called "vocal minority". But in this case, considering the sales of the game, might be not a minority. In summary, if I had a lot of complaints but the game did well, I wouldn't worry too much. In this case game not performed well enough compared to the extra time invested on it (specifically to add more gameplay/RPG elements) so that's why makes me think

IotaOne wrote: So, if the difficult level of boss fights is an issue, why arent they just adjusted to the current character level?

As Troyen explained, is much harder than it seems. Though his latest solution could be just fine, instead of auto-leveling boss enemies (which is bad as we seen during SOTW beta) I could just figure out some levels for each boss based on difficulty. I might just do that even for Loren in a future update, the final boss (Fost) was thought for a party around 17-18 lvl while some hardcore/grinding players reached it at levels 25+!

by IotaOne
It's less about being vocal, it is more about the usefullness of the statement, i was referring to things like "too easy/hard" which isnt a helpful statement at all, if there is no specific argument like the healing mechanic (so the post itself was useful, but you were reffering to the typical easy/hard argument which bothers me sometimes because its no argument for itself).

Thanks for the info about the boss balance, there seems to be more math than meets the eye.

by jack1974
Yes, though even in Loren you couldn't heal between battles, so effectively he was complaining about SOTW specific difficulty. But anyway not being able to use a potion/spell outside battle doesn't make much sense, that's sure

And I wasn't referring to that single post, that is just one of the many complaint I got, as post/comment/private email, basically everyone was saying "waah! why this isn't IDENTICAL to Loren?" and since I had just spent 10 months of my life trying to make this game DIFFERENT from Loren, add that the abysmal sales, you can imagine that I started to see a giant "Epic Fail" text hanging on my head

I'm pretty much resigned to make only more "casual RPG", where by casual I don't mean they are all easy, but for sure I won't waste anymore months of my life for balancing/tweaking and so on, simply because I can't afford that anymore

by jack1974
I'm necro-resurrecting (is that a word?) this thread because SOTW is currently my highest rated game on Steam, though it's also because has not many reviews (and was never bundled...). I found this one hilarious so I made one of my usual stupid jokes 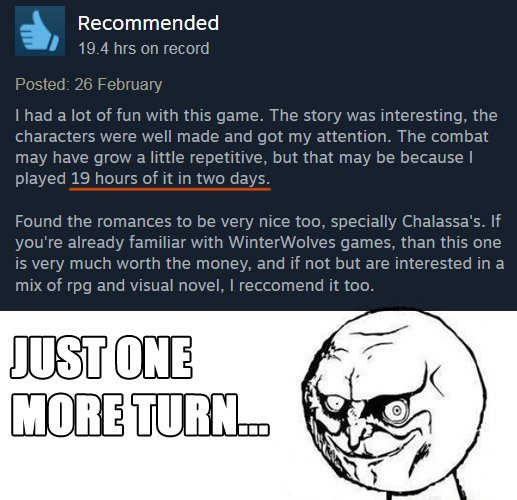 by Madance
Well, I think(and that's only my humble opinion) Season of the Wolf is the best game of Winter Wolves. I simply ignored my Dragon Age 3 until I finished the game like, 10 times and knew every single romance dialog of every single character... AAAAAAND I'M STILL PLAYING EVEN NOW!

So, I really loved this game. However, I also loved Loren the Amazon Princess. So, if any of the new games are more like Loren than Season of the Wolf, I wouldn't mind as much. Still, SOW is my favorite. ^___^

by jack1974
Haha cool! Let me find a cute cat picture to thank you. Hmm can't find any, but have a virtual piece of this homemade cake my wife made for Easter: 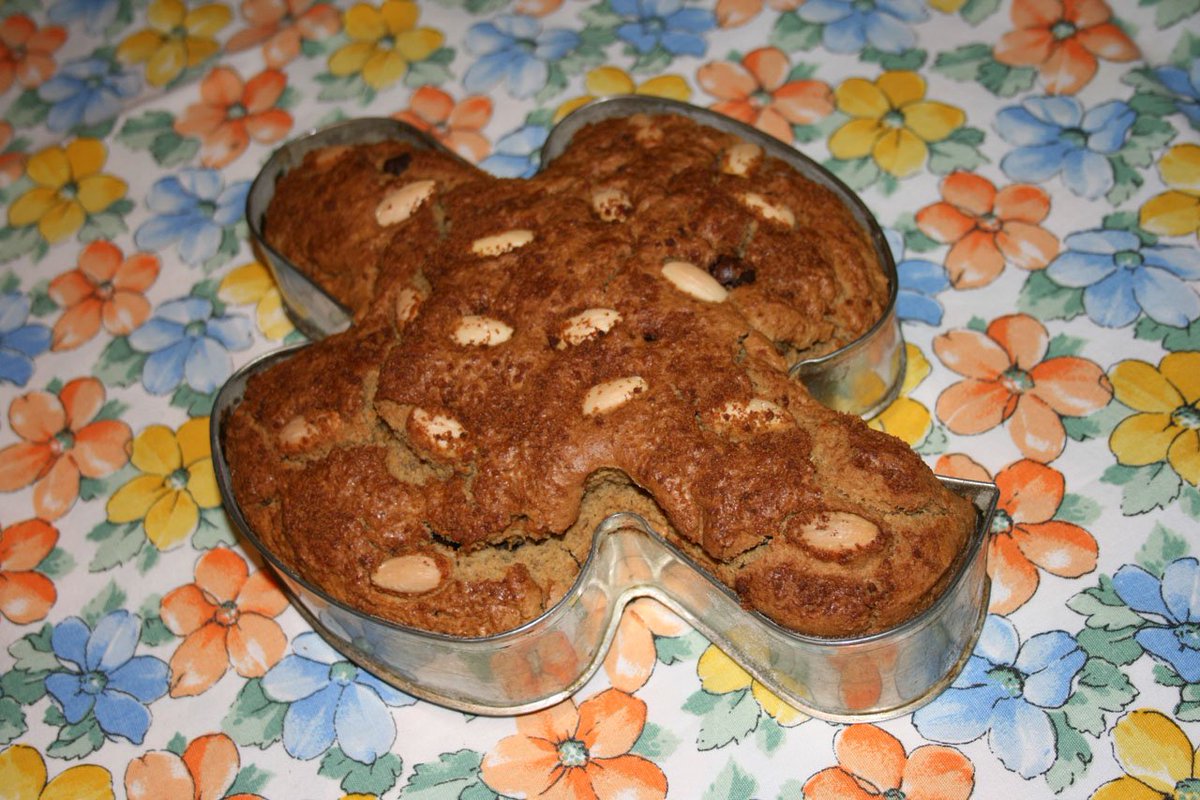 The same writer as SOTW could be doing another game, set on the town of Dingirra. Oops I already said too much