The tale of the siblings Althea and Shea https://www.winterwolves.com/seasonsofthewolf.htm
Post Reply
160 posts

I've tested your saves in some early battles of Act 2 and was unable to beat some fights in Nightmare mode. Once is out I'm curious to see how will be hard for you (but as a player I suck at playing my own RPGs so maybe won't be difficult for you!).
Top

Any ETA on the next act?
If at first try it doesn't explode, it ain't Jack who wrote the code.
Top

I am missing a whole tileset (the town of Dingirra) but I'm going forward with the plot battles in the meanwhile. But is longer than the first one, so I don't think will be done before mid-June sadly

So what about this skill of Krimm? 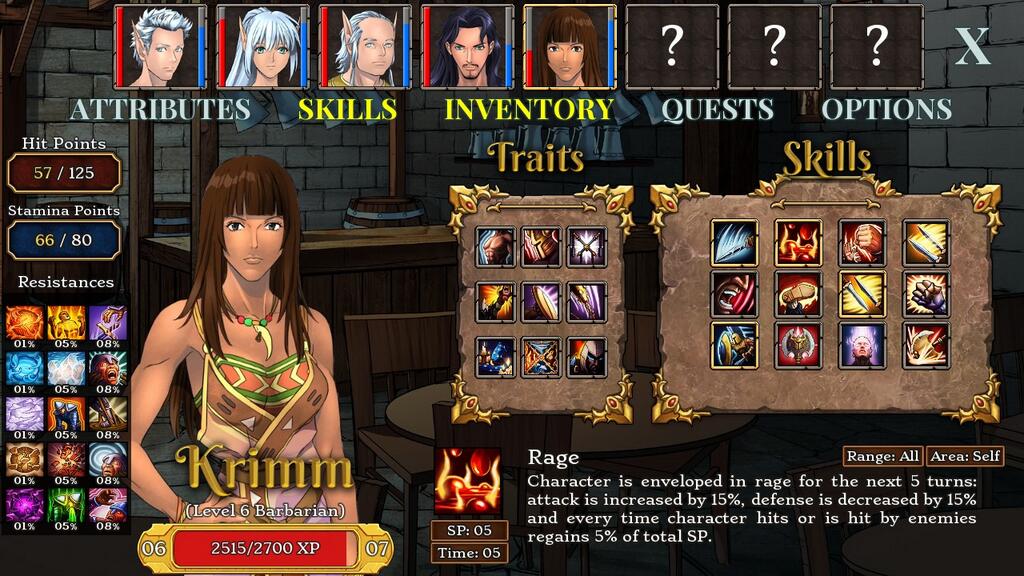 just tried in combat and is awesome

get hit, gain SP. hit enemies, gain SP. I put 5% of total SP but might lower it even more since I fear might become too poweful

Easier to balance it if it restores a static amount. Nice skill to have though.
If at first try it doesn't explode, it ain't Jack who wrote the code.
Top

In practice regains 25% of total SP, but works only if you hit (but you hit once a turn) or are hit (and this depends on the enemies). For now I'll keep as it is and see

With Protect + a large scale battle she might get hit quite a lot. Maybe I'll be like YAY, Krimm has mad manaz! And fuck, she's staggered too.

By the way, just throwing it out there. Actually whatever ability Krimm has that looks like a kick made me think of it but anyway. I've never seen a silence effect in Loren/SotW. If it's hard to code a debuff that allows everything but spellcasting, you could just make it a reverse Invigorating Prayer and have it increase the target's mana costs by a gazillion % so they can't afford any spell anyway. Oh and there should be one that increases them by a smaller amount so they could still cast them but would run OOM faster.

I assume we will be able to assign every stat and skill point of the new NPC's like we did with Vaelis. Right?
If at first try it doesn't explode, it ain't Jack who wrote the code.
Top

yayswords wrote: I assume we will be able to assign every stat and skill point of the new NPC's like we did with Vaelis. Right?

Yes exactly!
As for the "silence", there are skills that subtract enemies SP - coding a silence effect would be too much at this point since messes with the AI and I don't want to touch that. But stealing enemy SP (so they cannot use power-skills) yes is already implemented

I don't see how it would mess with the AI though. The AI could react to it like it would to not having any SP.
If at first try it doesn't explode, it ain't Jack who wrote the code.
Top 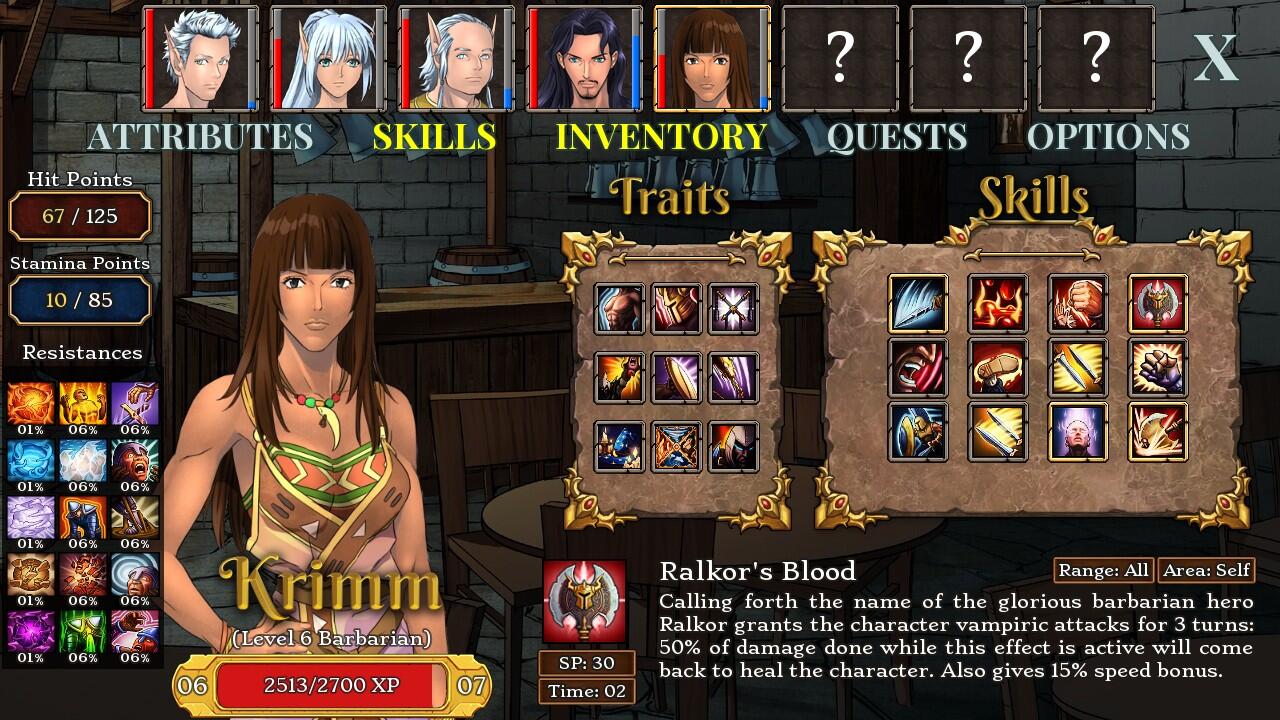 I just tried in the game and haha it's awesome. Might need to tweak it a bit