by jack1974
I thought to start posting starting with the main characters (the siblings Althea & Shea) but... they're not colored yet

and probably they'll be the last one since they have more outfit than all the other characters.
So I'll start with some secondary characters, like Chalassa: 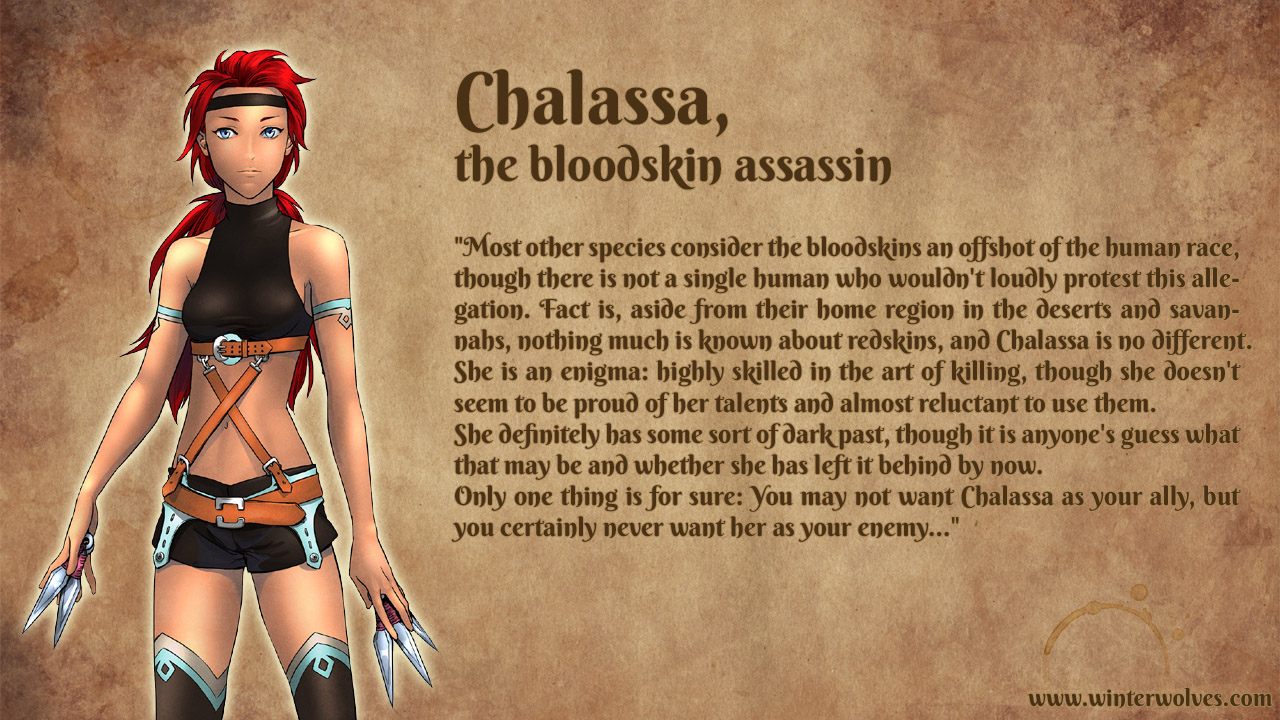 She is the GxG romance option

This is her fighting outfit, she has more too (including an elegant dress, and some heavy clothes for when she'll come visit in the cold North!)

by ValHallen
wasnt her the GxG and the muscular barbarian the BxG?

by jack1974
You're right, wrote it badly! fixed it now

by Maelora
Oh my god! That outfit is so sexy!

THANK YOU for not making her the hetero love interest!!!!!

by Pace675
Ooo nice! Heh, taking preorders? So far I am liking what I have seen so far about this game, and will eagerly anticipate it release somewhere in the future....

by jack1974
Just spoke with Aleema that warned me about the "redskin" thing:
"In American, redskins are a slang/slur for Native Americans (or "indians") and it is considered a racist term. Pairing the name Redskins with "they are considered an offshoot of the human race" might be a bad idea. "
She suggested other names like redhairs or bloodskins. If you have any suggestions they're welcome

by Franka
Just don't call them Redguards either...

by jack1974
I decided to go with bloodskins, since she is a deadly assassin I think it's appropriate 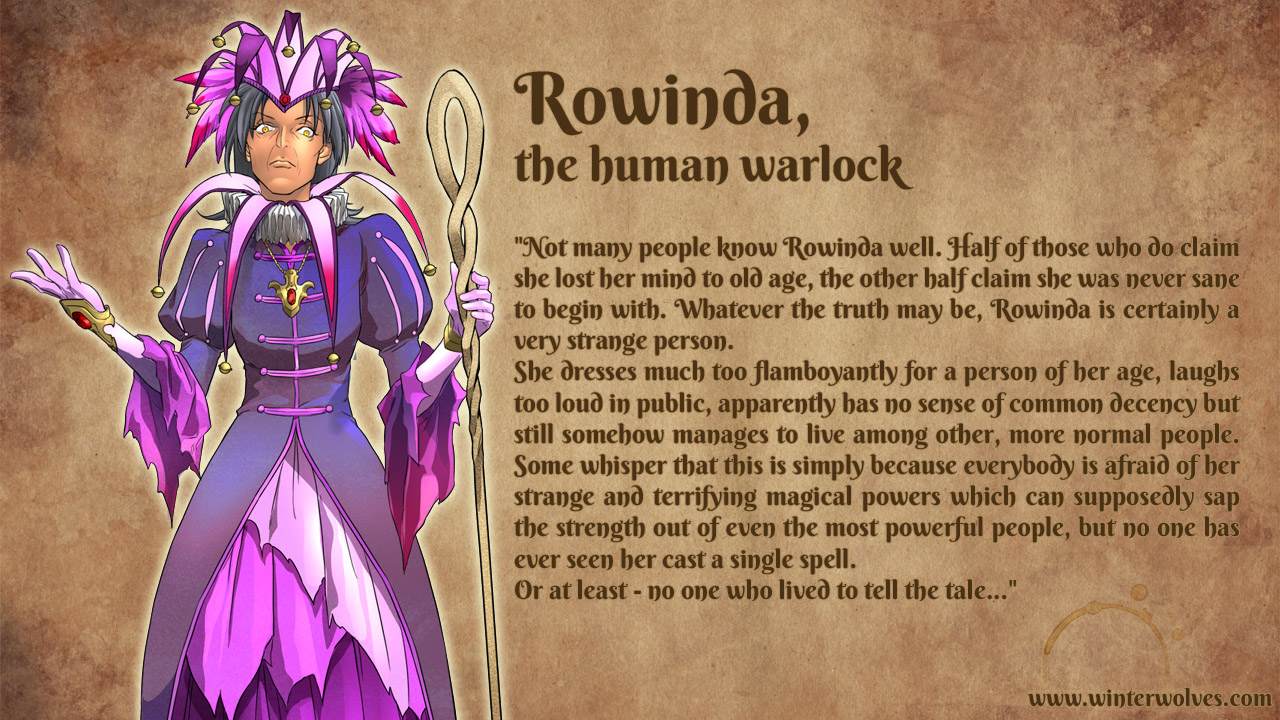 this is Rowinda, the famous "crazy character" I was talking about some months ago. She has also other clothes beside that one, but that's her official fighting outfit

She is NOT a romance option!!

by Lonestar51
Rowinda: From the text I expect a very interesting character. Not necessarily a nice one, but something to spice the story. However, she definitly needs some wrinkles in the face. Grey hair might be coloring. The smoth skin and missing makeup make her look young. I believe, you posted something along these lines already. At least her eyes are a bit creepy, which she needs.