I'm still in the very early stages of design for this game. Part of me wants to do/try new things, but on the other hand since this is a sequel, I'm not sure if it's a good idea and people would like to be more similar to the first title.
In this case, the combat will use the "new" framework, and the game will be very story-oriented (longer story, also considering the first title was "only" 60k words... very small for my current standards!). But now I was thinking about the "planet map exploration minigame".

If you remember in the first title, for each sector you could explore it with your ship, and stumble into random encounters or places of interest. 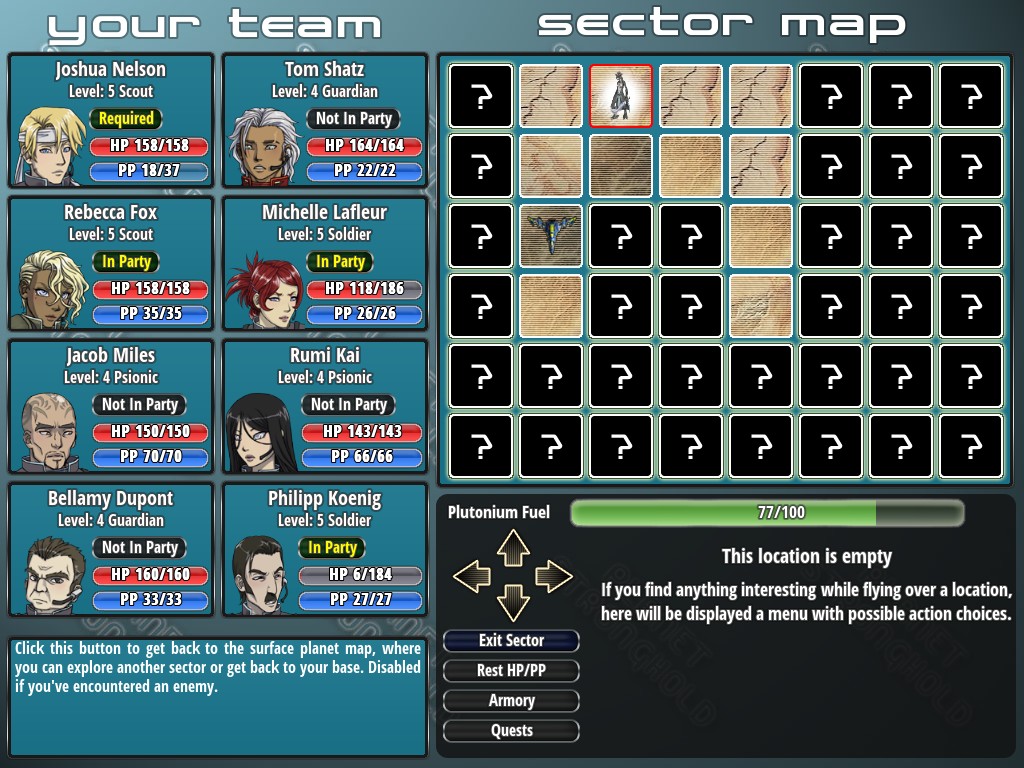 However I wouldn't simply re-use it, but "upgrade" into something better, and that would take away a good amount of development time, so I was more oriented to use Cursed Lands system even in this game, so fixed locations, with sidequests of course, but cutting down the "exploration part" in favor of the story. But I'm wondering if that's what people badly want? or it's indifferent?
Top

Hehe agreed. I have some sci-fi isometric tilesets done, originally for a colony simulation that it won't be done (would be too crazy). I think I might reuse them to do an updated version of that minigame.
Top

It was a little neat in the first game, and I think exploration helps set apart the feel of a sci-fi game from fantasy (because by exploring, you uncover vast areas of emptiness, which make your base seem small in comparison - in sci-fi scales you're often a small part of a large universe compared to the smaller kingdoms and realms of fantasy). But if it comes at the expense of something else, I don't know if I'd stand up for it all that strongly.
Top

The game originally had a lot of good ideas, when I started it... almost 7 years ago (lol seems crazy to say it loudly!). Colony sim, then there was also an isometric exploration system, etc. But they were all ideas not tested well, also because beside coding the system (Aleema had coded a good amount of it back then), there's the content to add and it takes time to do it.
I still think that at least the map exploration shouldn't require a big amount of time, so I am probably going to try doing it when I get back working on this game

I'll write the game story first so I have the base game working, then if there's time I'll add more features/sidequests like that.
Top 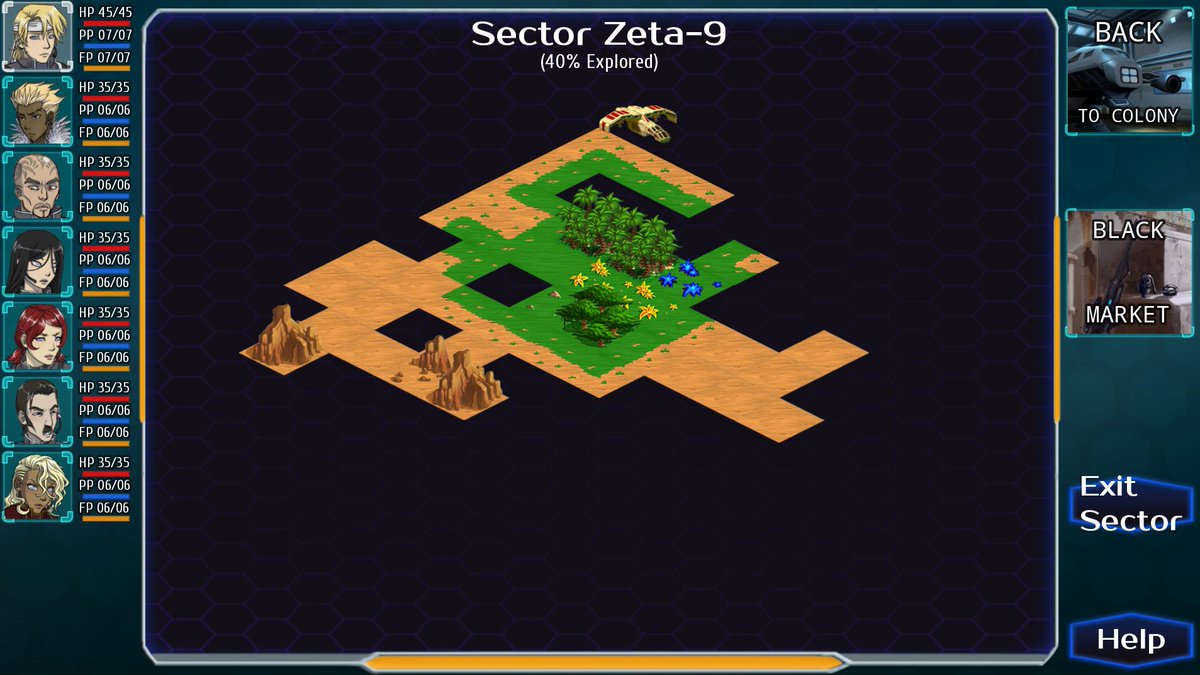 Well in the end it wasn't so difficult as I thought

Still a lot of work to do but the basics are working (iso map, map system and fog of war).
Top

How do you navigate around in the iso exploration map? On the old one, I could just use the arrow keys, which was really handy on a laptop (trackpads aren't known to be the best). But I'm not sure which way down or left would translate on an isometric map.
Top

Yes you can use the arrow keys too (that's what I added now). Later I'll add some buttons. Right is basically down-right, up is right-up, etc. It's harder to explain than to do it in-game

Will/can those places of interest actually have multiple floors to them, which means we get the dungeon crawling system from QoT or will they mainly be simple enemy encounters or something that gives an event like climbing down into a hole (coupled with a skill check) for a piece of armor like in PS1 ?
Top

They can be enemy encounters or other events, not like QoT though. More like narration+RPG parts (including skill checks). The main quests will have several checks and multiple solution/branching though.
Top
Post Reply
10 posts • Page 1 of 1