I did more testing today, in particular the final boss battle at end of chapter1, and even if I'm cautious to say it, I'm really happy how the gameplay turned out. In this game getting the right equipment is SUPER important, more than in SOTW. Of course also using the right skills but I have made it in a way that you cannot constantly spam powerful skills (something you could do in all my previous games) so now you need to think more carefully when to use the skills.
Final boss battle in Normal difficulty, with some key member equipped with Epic items = autobattle won it

Final boss battle in Hard difficulty, with some key member equipped with Epic items = autobattle lost because didn't use skills. I played it using the right skill and managed to win but for not much. I also tried with a worse equipment (Rare items and no Epic) and lost 3 times out of 4. I also tried Nightmare

I think SOTW fans will love this and even those who complained that Cursed Lands was too much on the easier side.
Top 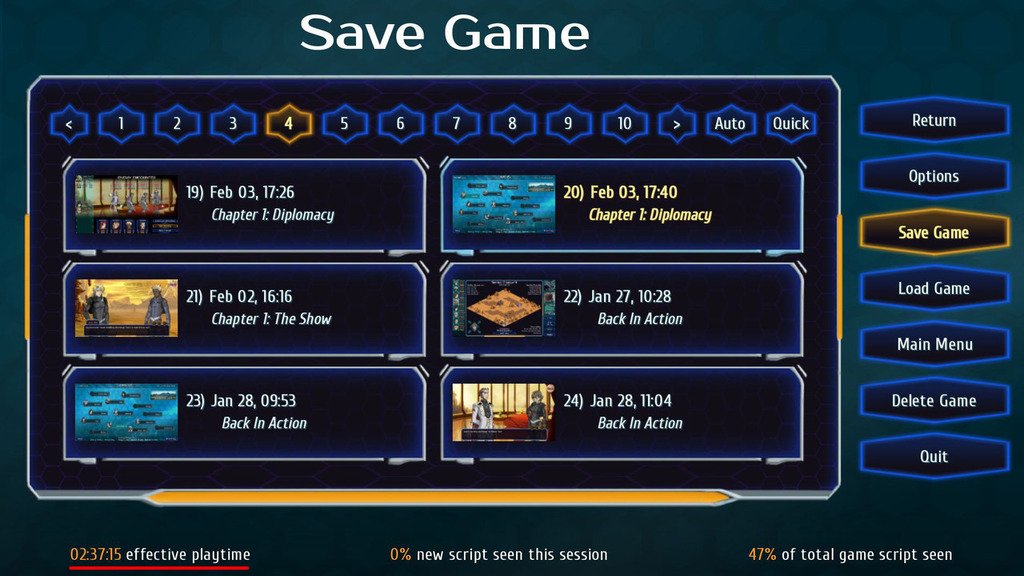 finished playtesting the demo playing as Empire and it's about 3h. I did all the sidequests (not all the random encounters though!) and in some cases I used a cheat-mode to instantly win some fights (I had already tested them before and had no time to lose!).
The side-quests are very similar for rebel but the main quest no, so now I'll work on that. For sure completing the demo playing both sides will take 5h. Not bad I think. This seems to be another... SMALL GAME (tm) 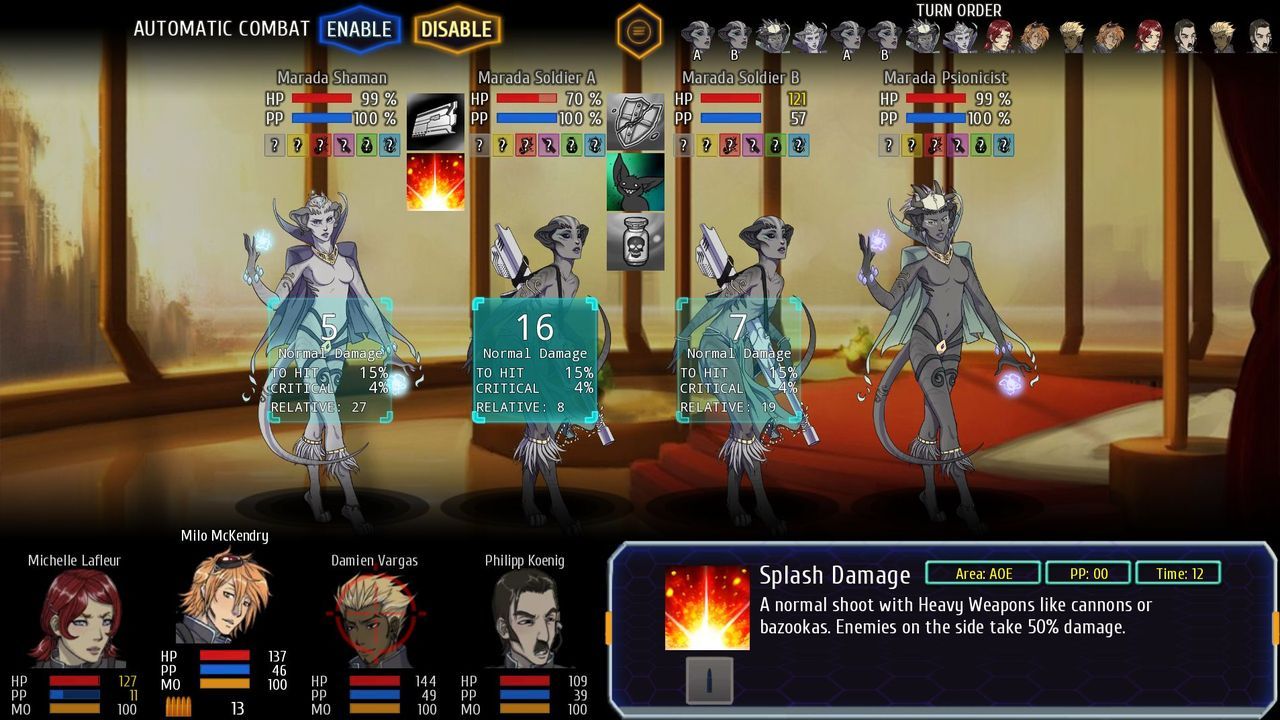 the latest big gameplay change was to modify the Heavy weapon damage to be AOE by default. They were already slow to load/fire, but doing good damage. But then, they would have been very similar to Rifle/Sniper Rifle (even if they have higher critical values).
So I had this enlightement and I must say it's great to play! Now this kind of weapon has more "personality"

Off to write the Rebel-side of the main plot this week. I still think should be able to finish the demo by mid-February!
Top 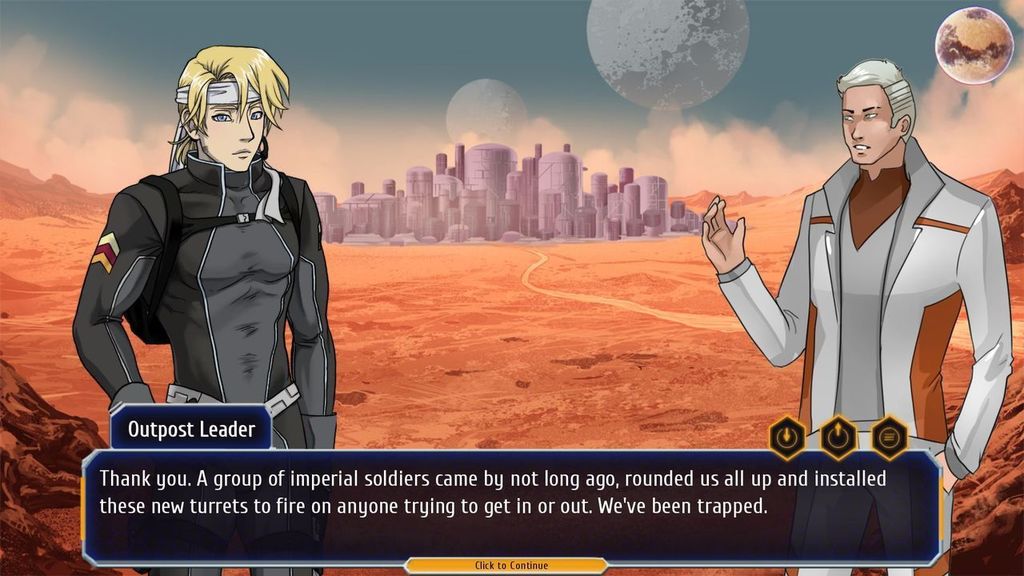 as posted on twitter, I'm facing a dilemma! In the game there are various secondary NPCs. They’re seen for like 5 seconds in secondary missions. The original artist is gone, and I asked another artist but the difference is noticeable. Better to not display them at all instead ? My gut feeling is that is better not. I still use them as enemies during some fights (yep you can fight against armed civilians! wooth) so it wasn't wasted money.
Top

I think the art style is a little too different there.
Top

In a few japanese games I've played long ago (sorry, can't remember their names), they often used 'shadows' for the secondary NPCs (for example, the "Outpost Leader" here need to be enlarged a little -it's smaller than the protagonist- and entirely blackened to Shadow status -you want a recognizable silhouette, not different art-).
It's cheaper, and has a long history in japanese theatre (https://en.wikipedia.org/wiki/Kuroko).
Top

Yes I already made my mind to not use them. I might use the shadow idea though

In other news, the first chapter of the game is already longer than the first game full story

Definitely this is going to be another SMALL GAME (tm)!
Top 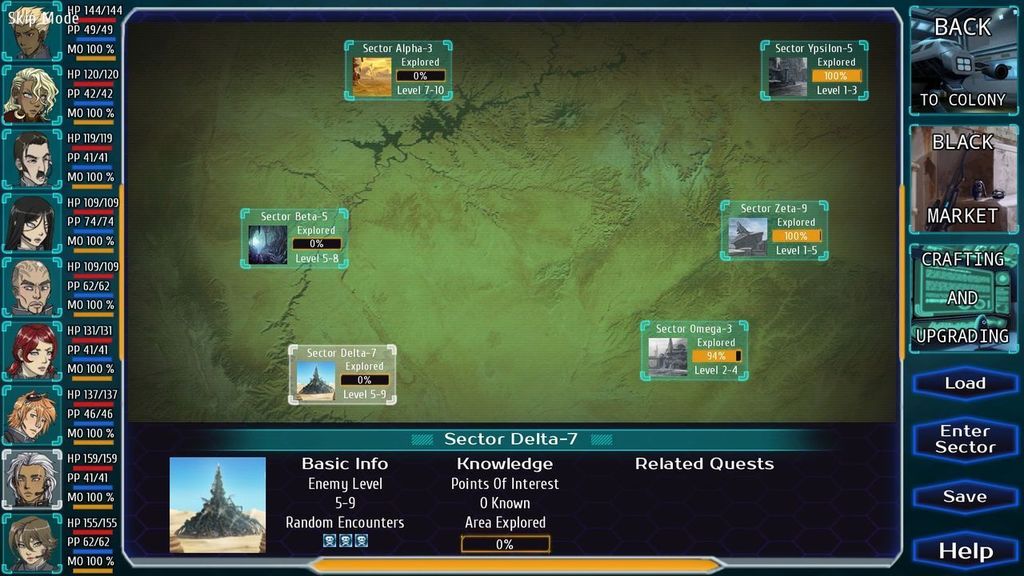 Began coding/designing the second chapter areas. I made my mind that even if the first chapter is basically ready (editor is working on the texts but everything else is done) I will wait until I have also the full second chapter finished. This way people who pre-order the game at least can play about half of it. Right now if you pre-ordered you could play little more than the demo and isn't a great deal

It's a shame that original artist is gone. I hope you got all the art assets you need.
Top

Yes the most important ones are secured! lol
That is: the main cast plus all the camp talk/romance scenes. Maybe I'll use those secondary NPCs as enemies (they're shown much smaller so they're fine). 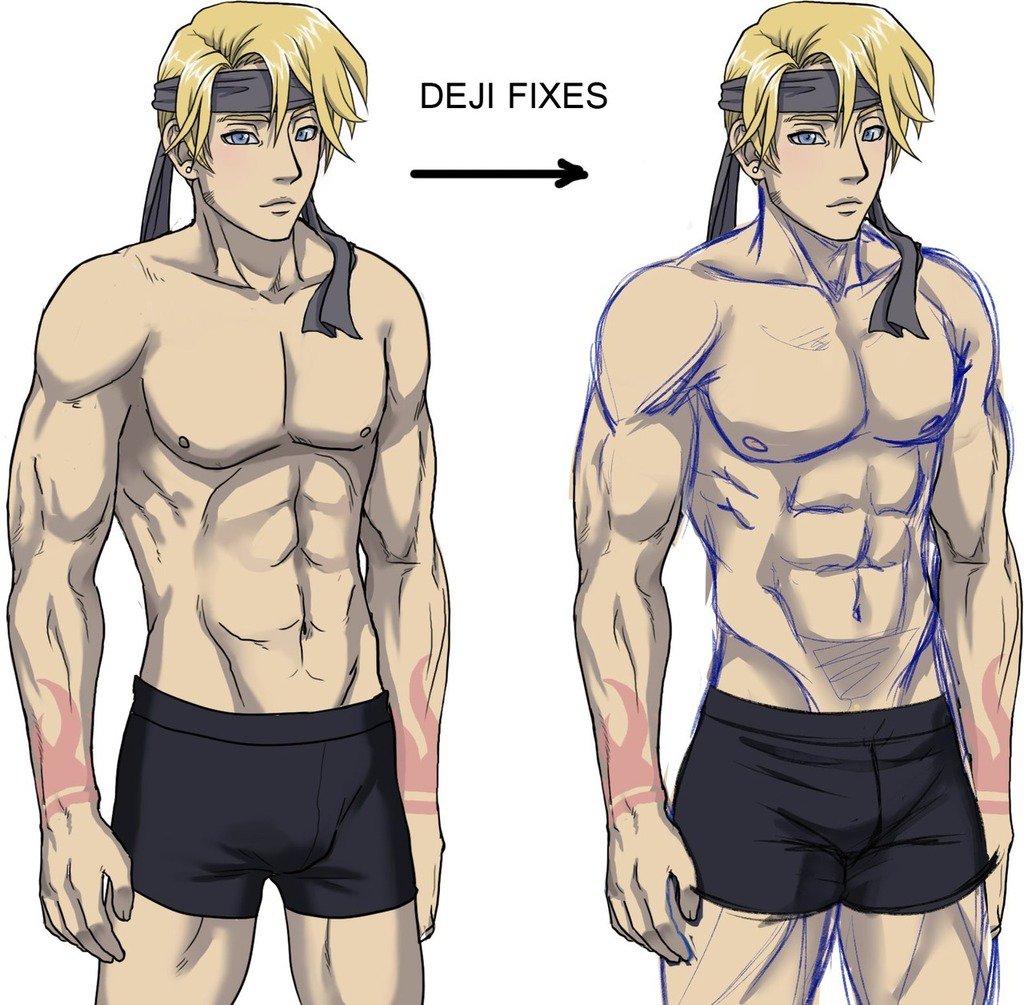 I also asked Deji to fix some details, since I added bonus outfit (and sexy/naked versions) to all characters, but some people on FB made me notice that this new artist (not the original one) work could be improved in particular in the muscles, so asked Deji to fix it (or at least improve it haha). The females have less problems luckily