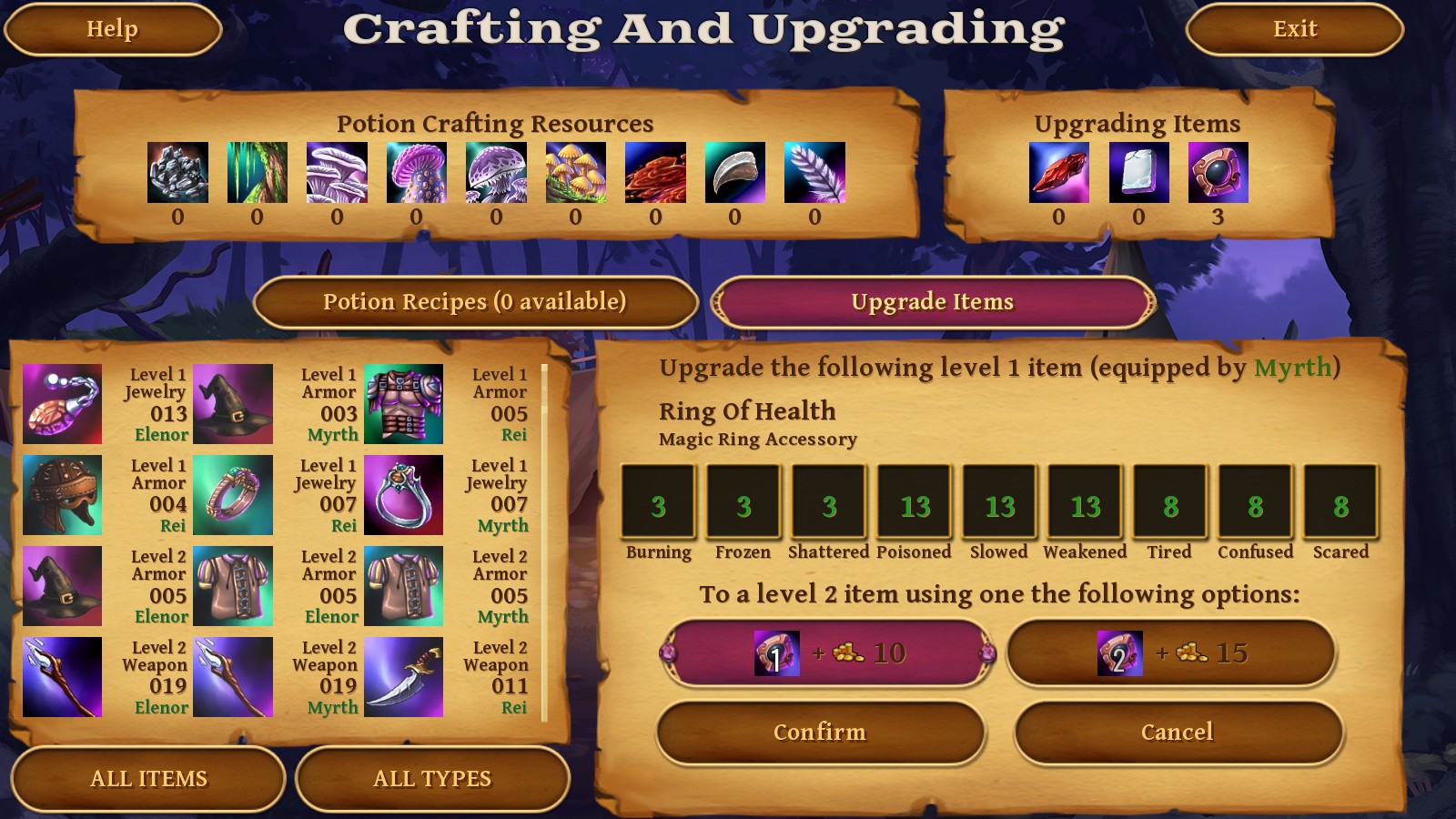 Crafting screen, won't be as complex as Planet Stronghold 2 but will offer some upgrade options (useful to keep a weapon you like up to date) and of course potion brewing. Considering Lydia is one of the best alchemists of whole Aravorn (at the times of this story, Amber is not yet born!) it makes sense I think 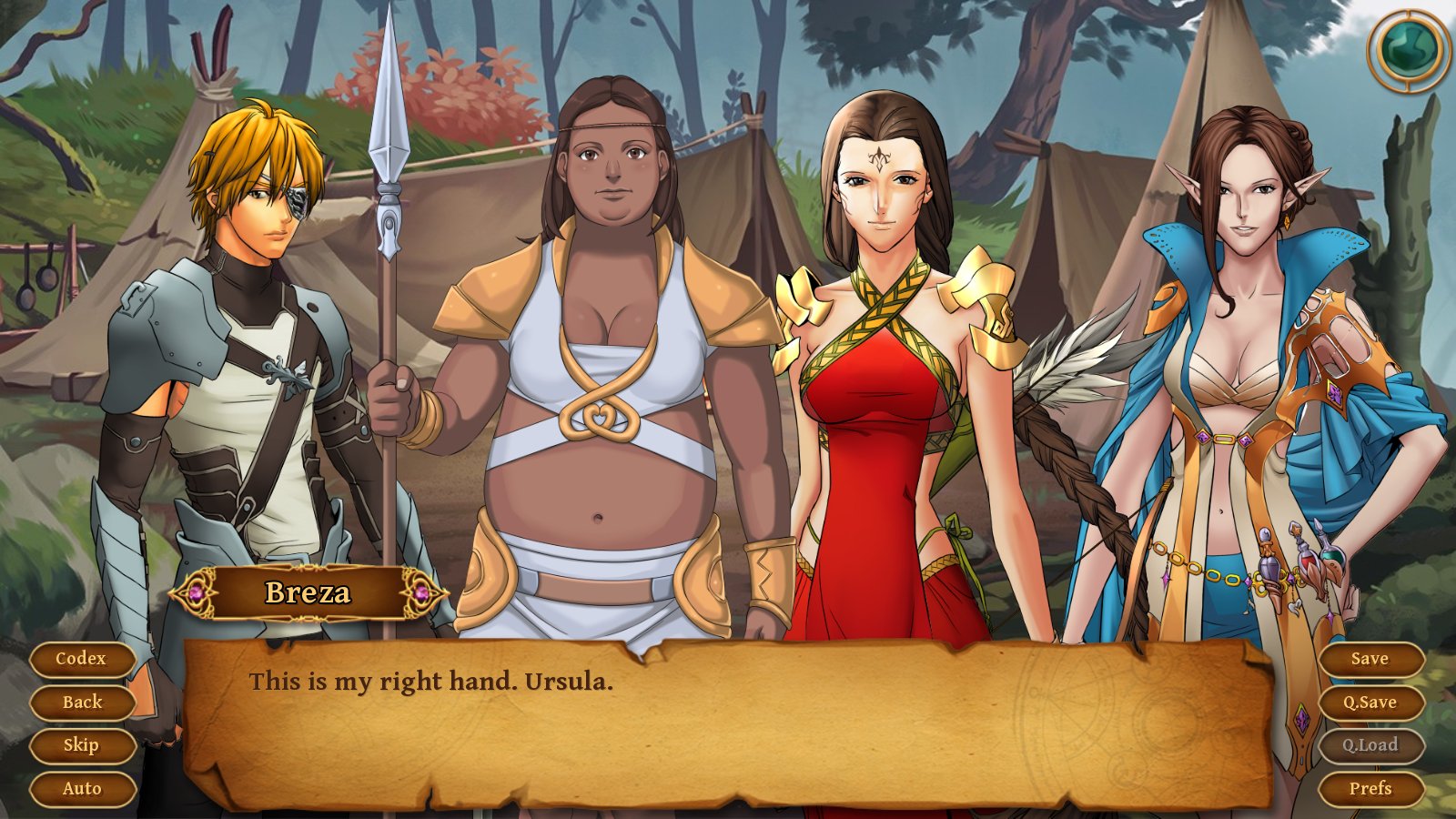 a while ago some people asked me when we'll see those amazons with diverse bodies (not the classic pin-up models) and here's one, Ursula the right hand of Breza. Why is Breza there instead of Loren? Well, as a general rule I will try to avoid using past love interests in games which don't have them as romance options, so people who want to roleplay and remain loyal can not romance anyone except their "canon" romance 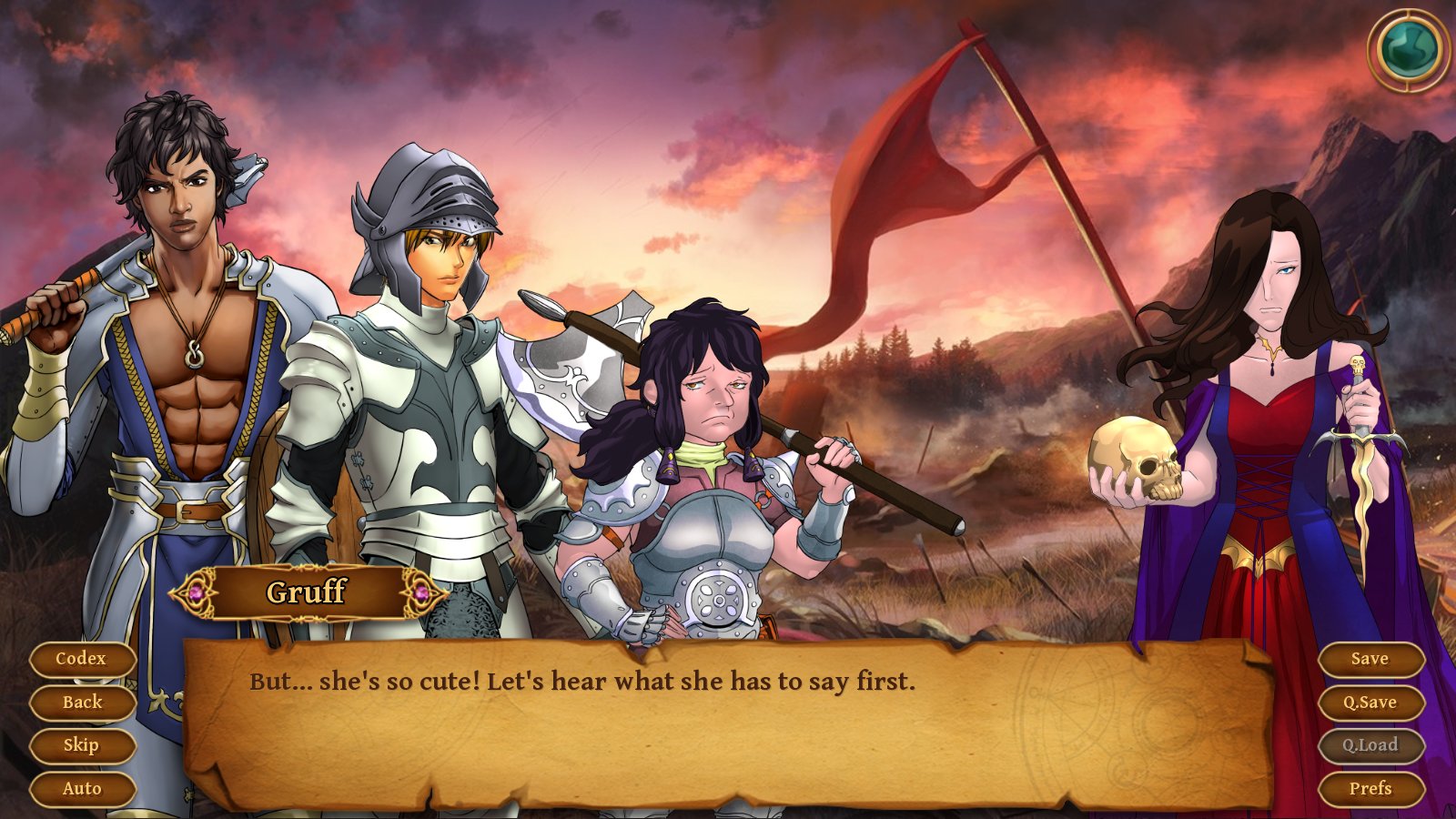 This is one quest in which you'll be able to kill A, kill B, or kill A+B!
Top

This is one quest in which you'll be able to kill A, kill B, or kill A+B!

I think I speak for all us dudes:
Can she be romanced in a future game?
Top

Haha no clue. I mean, after this I still have 3 more spin off games to do, and each one takes 1 year, so...
Top

There's a demo now on Steam, it shows on the right column on the store page here:
https://store.steampowered.com/app/1629 ... _Marriage/

(no clue why lol, instead of the big play demo button I see that).

Note that being a demo, I didn't include all the suggestive option. Changing the party member clothes is enabled, but for example Jul has the censored version of her outfit but in the final game you'll be able to choose what to see

Hooray for Ursula! I'll check out the demo soon!!!
Top

Right off the bat, I wonder if it might be better to phrase the starting choice as simply asking whether or not the player was in a relationship with Myrth, instead of making it an explicit choice between Myrth or nobody. That way, players who want to "stay true" don't have to read about how they were too focused on the mission for romance.
Top

I thought about that, but then in the story if you don't pick any starting romance, in the dialogues the game assumes you're single, so it wouldn't work either. I couldn't take into account every possible romance even if not present in one of the stories, otherwise would have been complex. It was already hard to make the game as it is after PS2 burn out :D
Top

Since I'm waiting for last CGs for After Midnight I've resumed coding this.
In practice decided to find a fix for this issue: 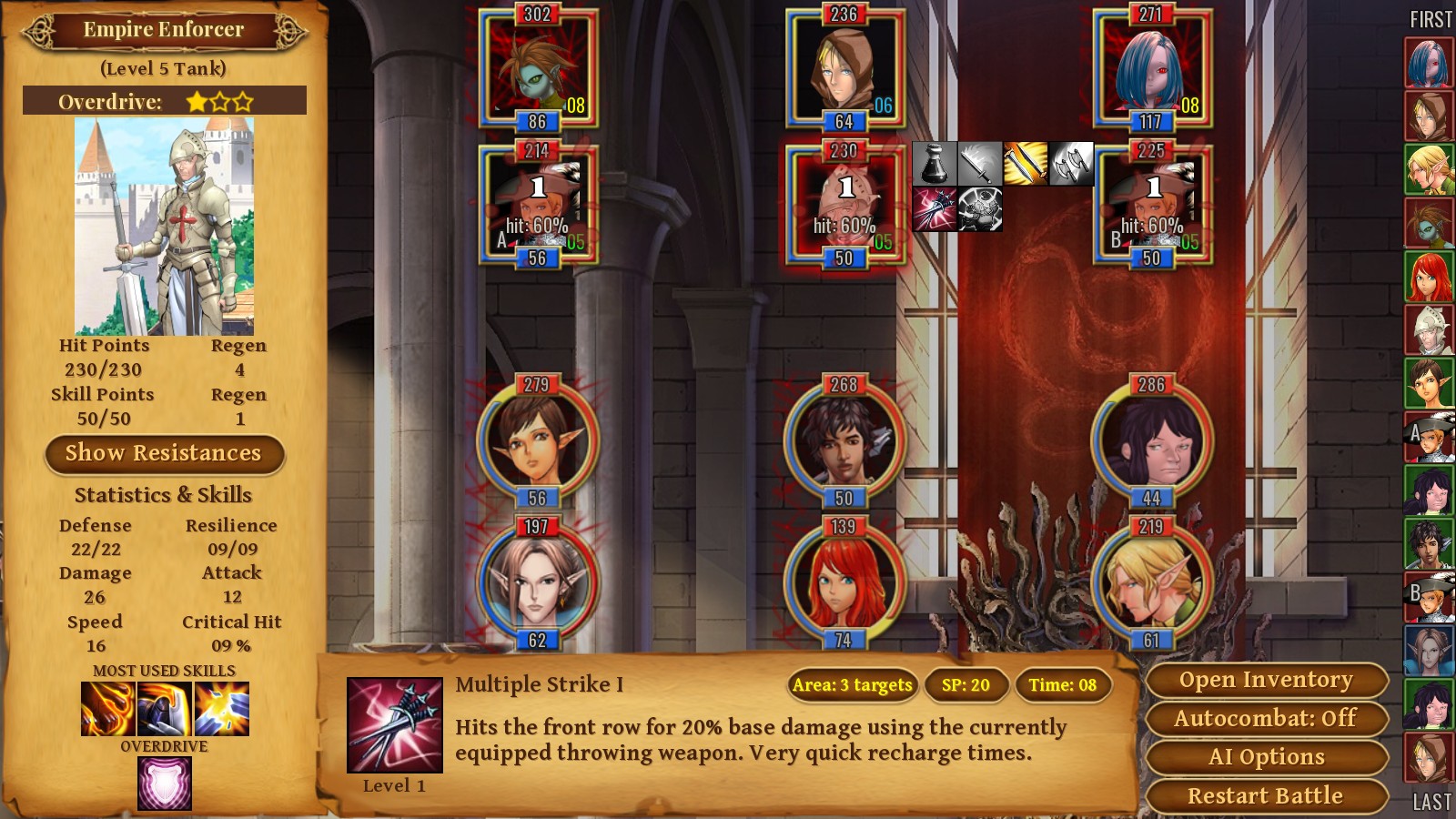 in Loren and SOTW I used to have a base damage, like 50 hp, to which the attack vs defense was multiplied. Which was a fine solution, the problem was that wasn't really intuitive and couldn't easily be explained with maths.
In Cursed Lands (or maybe was already Queen Of Thieves? don't remember) I introduced this new system of attack-defense, with defense slowly going down as target gets hit. So even if initially it wouldn't do much damage, as the target is hit would lower defense.
That worked too, but in the cases like the one above, if the target have really high defense, the resulting damage was 1, which was rather bad to look at. In PS2 that sort of worked fine because we had machineguns which could shot 3-5 times, so even if each shot was doing 1-3dmg, the cumulative damage was acceptable. Then there were the big weapons like cannons which had no such issues since they'd always do a lot of damage

In this game though I am trying to fix it by simply using the defense to reduce the "bonus damage". Before it was all summed together:
Base weapon damage + attacker's attack value - target's defense
I liked this since different weapons would do different damage, we could have slow but powerful weapons, heavy but slow armors etc but there still was the 1-2 dmg issue.

Also this way there's more strategy since having spells/skills that raise defense or attack will work up to a certain point but never make the target completely immune to damage. This makes the fights also go faster which I think is better. Of course I'll need to test everything well...