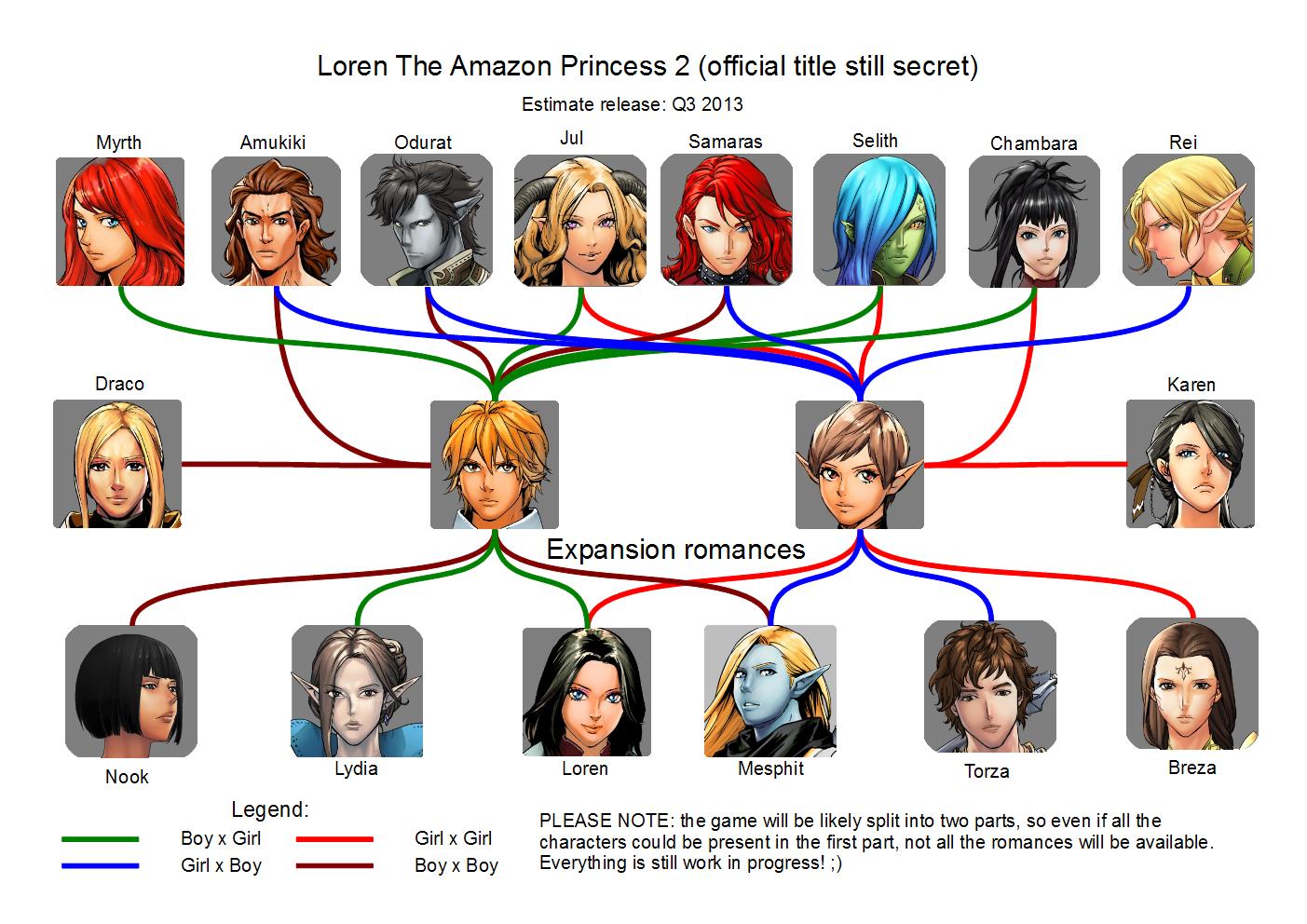 A HERD OF ROMANCES OH GOSH
... it's just making me more excited ;_;

I find the amount of CGs in the last game to be quite few, honestly, and I can point out some scenes that I'm sure to have gone off better with a CG. But since each piece of art's quite time consuming (and costly), well, either way's okay, I think XD
Top

Damnit, Chambara is too cute!
Top

For now, I'm not sure, have yet to finish the base lineart romances, then needs to be colored (and there are SO MANY! haha). But since the game is scheduled for a very late release next year, I think might be able to add more CG scenes. In general though, also CGs for the main plot for the most important events, not just for the romances. One thing I'd like to have is a different pose for each character during the camp talk, and then maybe more scenes as the game is written.
I know to which expansion scenes you might be referring to. I'd like to do be able to have some CGs with Mesphit bathing naked on the lake or Chambara sneaking on the camp naked and so on

Also, I think some characters like Lydia or Selith don't look really great in that image, but be sure they look better in the full body version

Yep, those eyes-through-hair are far too creepy. Also, Samaras looks rather feminine, while Selith is masculine. At first glance I assumed Samaras to be a girl and Selith a guy (likely Mesphit's rival!). Nook also looks effeminate.

Not a fan of androgyny!
Top

I don't think Samaras is more effeminate than Mesphit for example. Selith looks a bit masculine but I think is fine. Lydia's face is totally wrong for her personality though. Aleema is going to fix it, we werere joking that the colorist was in "zombie mode" because for no apparent reason he started drawing those strong strokes of colors below the eyes, making them look scary (as you can see they weren't present in the first game, like Loren or Karen sprites).
Top

A different pose for each character will be nice. =) Some scenarios with their respective poses were way too awkward, especially those romance scenes. The dialogue is heating up while they're standing there in front of you, holding their weapons...

At least to me
Top