Even the older games with nudity like Loren had that switch at the start where you choose between skimpy dresses/nudity and less-revealing clothes with no nudity*. It prompted you again just before the actual scene (and maybe a third time somewhere, I remember seeing that "are you sure?" a lot). So I'd expect future games to be similar - offer lots of options up front to avoid it.

* I don't actually know what affect this had on the CG though.
Top

Yes, in the CG after Steam release I did a covered version of them too (since some were too hot even censored

).
Ahem, I remembered now that there are some scenes in Ruby's path, where Amber is not much dressed...however, there's no real nudity. Just Amber trying to cover herself with a sheet

but you don't see any nipples or anything. I don't think that should be a problem though!
Top

A very hard riddle from Amber: 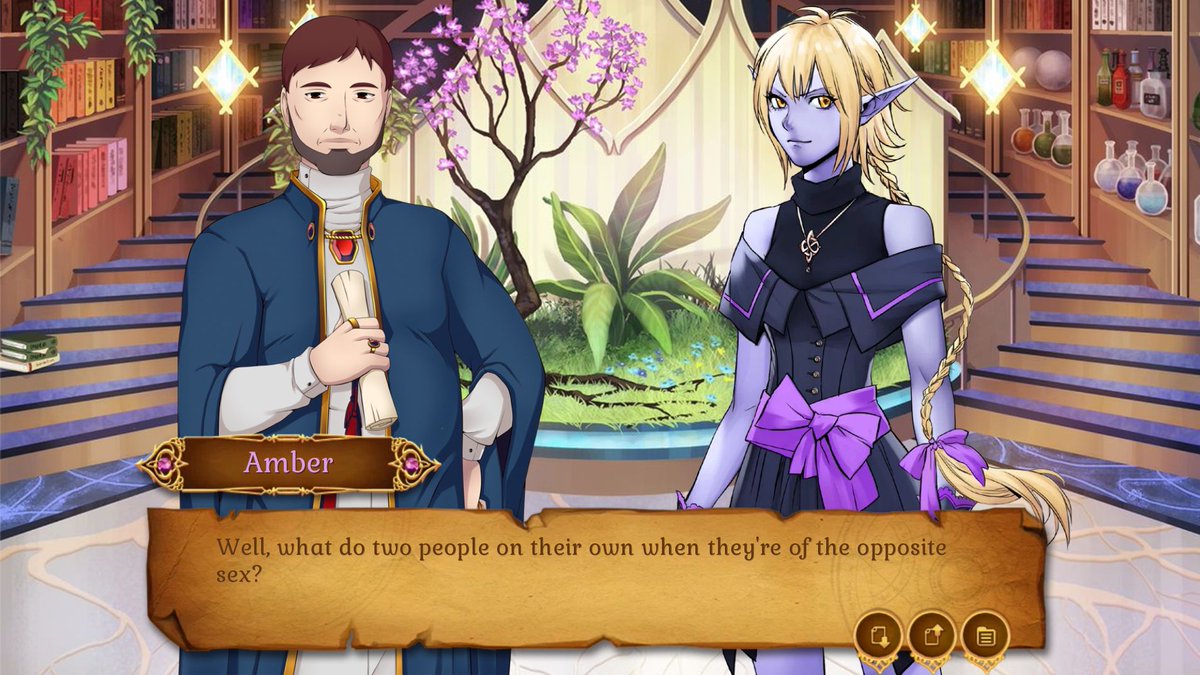 HMMM I WONDER WHAT MIGHT BE THE SOLUTION TO THIS RIDDLE!?!?!?

And now, some very nice outfits: 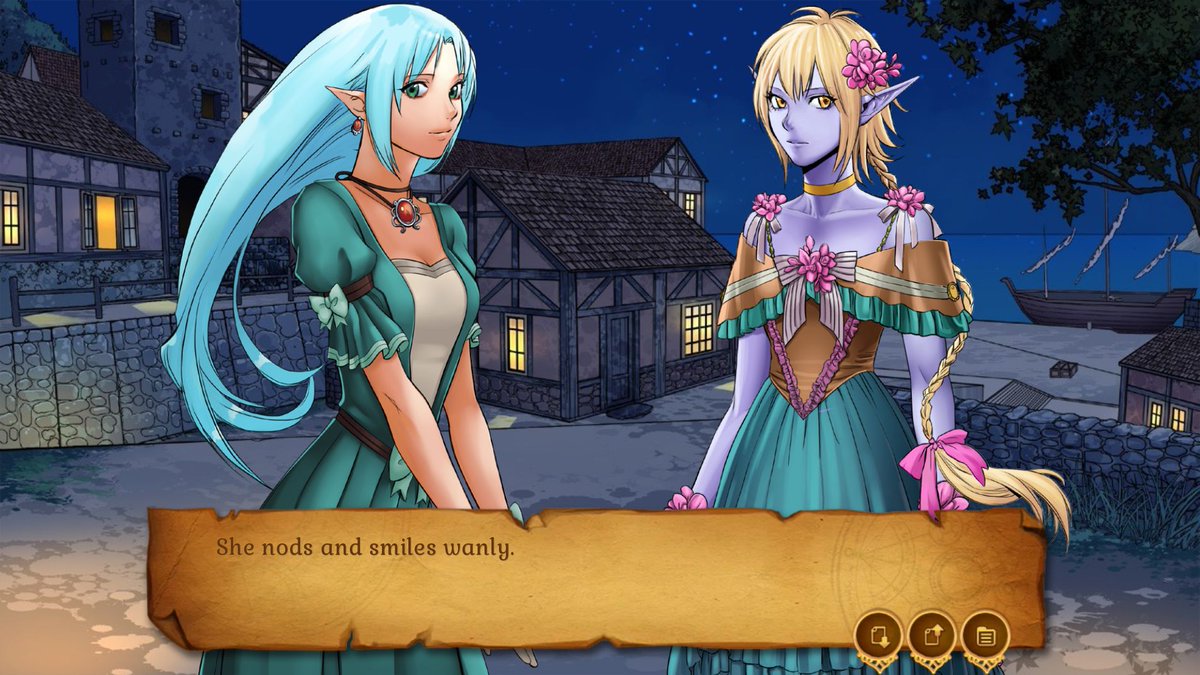 HMMM I WONDER WHAT MIGHT BE THE SOLUTION TO THIS RIDDLE!?!?!?

I'm afraid I don't understand the way that's worded, Jack... (I'm completely serious, btw. It doesn't seem like a full sentence; seems like a few words might be missing...

Yes it's missing a "do", I have corrected it like this:
"Well, what do two people do on their own when they're of the opposite sex?"
Top

And the penultimate shop room (which is actually two rooms combined) is finished:

bedroom+livingroom+kitchen. They'll have an impact on energy regain and maybe morale. Haha I need to get down to code this sim part since I had just started it but then I had to leave it for a month to script everything

Aleema finished Cosmina's route and is doing Bernard and Lair. So I'm reviewing everything to make sure nothing is missing, starting from Cosmina's path: 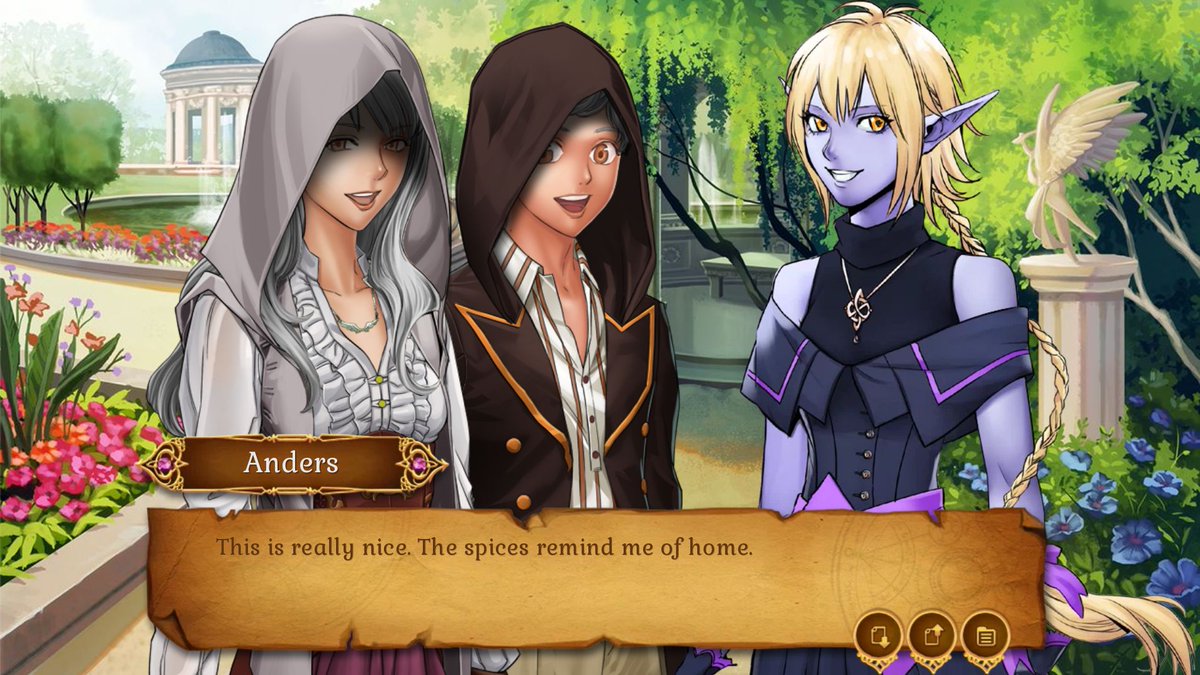 Curious... Neither Cosa nor Anders seem to have aged, even though they're humans and were teenagers(?) prior to this point...

Do they take some kind of potion or have a spell of some kind used on them?


Also the smile of Amber's as an adult is adorable. Will we see more of that in her adult phase in other routes as well?

Amber should be young at this point, this might be a mistake.
Top

Ah yes right, I forgot to reset a variable i used for testing (the scripting is fine). The image above is wrong, Amber should be in the young version