So the game writing was on a long hiatus, but I brought sleepykitten onboard, that (despite her nickname

) is one of my most reliable and productive writers, so now I'm again confident about this project.
A main problem was the sheer amount of scenes to write (10 each character + some generic plot scenes) but that is not very different from Queen Of Thieves (it has 8 scenes each char + some generic ones), the real issue was that he was writing each scene... 5,000 words long!!!

Is also my fault obviously since I read the scenes. But I didn't realize how long they were. I told them to make the next ones shorter!

I might also see if to split the game in young / adult age, I mean two separate games, linked together. I would prefer avoid that, but I also wanted to avoid having separate otome/yuri versions like in the past. I'll see, it might turn out to be a very big game once again. Well at least I don't have to code the battles on this one

I really like the look of this, can't wait
Top

Good news, the INSANE heat wave (July 2015 has been the hottest of all time in my country!!) today seems finally to be over. Still, I'm quite proven by the heat, in past week I've been sleeping like 10h a day, unable to work, always tired... so will take a while before I can resume coding at fullspeed.
So today did this game icon 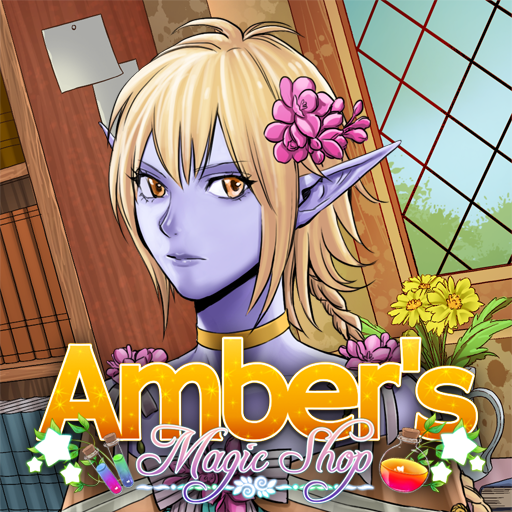 It doesn't mean the game will be out soon! Is true that there are two writers working on it now, but even if the game script is finished before end of year (which is not 100% sure), I would still need to script it all, add sprites/background/music, and then code the gathering/crafting minigame, testing, etc. So for sure not this year, maybe next year depending how things go

Take your time, everyone working in the project, I'll be waiting for my sexy vampire waifu

I'm looking forward to seeing how this pans out. Can't wait for a demo or the game

! Out of curiosity , are the pictures/uploads for this game posted anywhere else you know of?
All the ones from the first page are kindof gone =/

(Not wishing to do "necromancy" on a thread for a game that's sleeping (for now), but would love to see them, if they're readily available, and it's not a whole lot of work finding them
Top

Eh no, I linked to them as I posted on twitter I think. But maybe wasn't even twitter, since it was a while ago

sadly don't have them anymore, except for the blog (they should still be there in the posts).
Top

So... the original writer was Missing In Action again

Luckily the "young age" part of the game is basically done. I am thinking to hire Forsaken to finish the rest of the story, since she did a good job with Queen Of Thieves, to finish this game. Since the game has some more mature/dark themes, I think her style would work well with it.
At least I know that if she works on this the story could be done before end of year, and I could finally release this game next year!