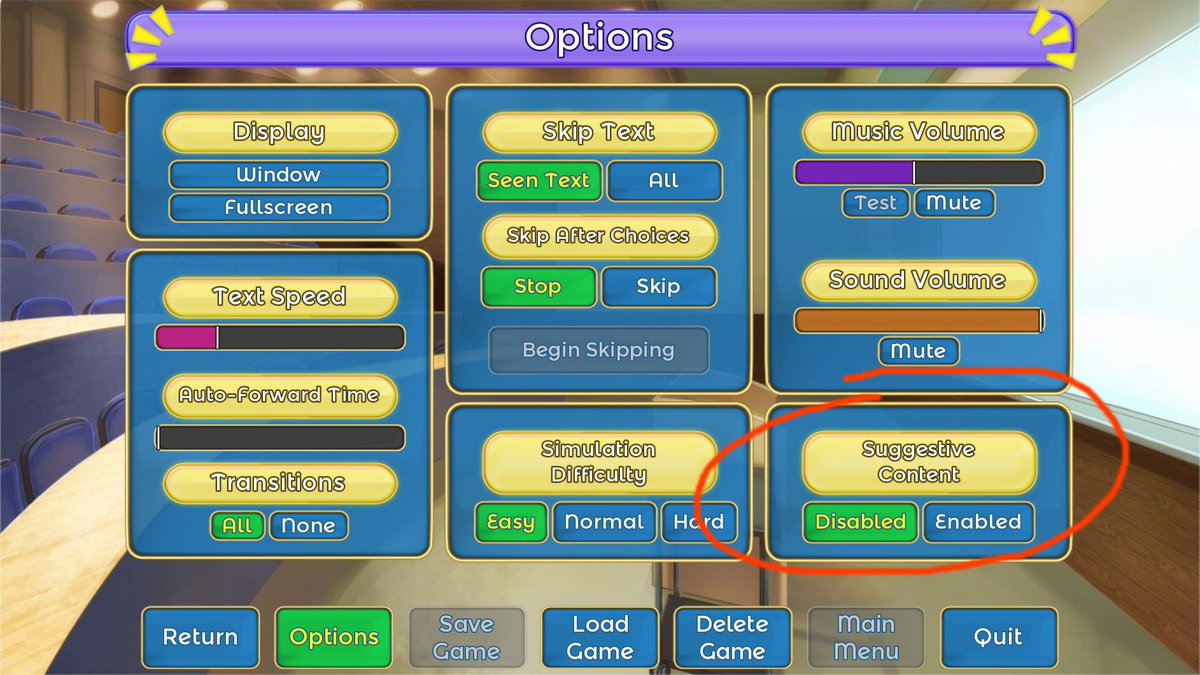 yes, I'm adding a COMPLETELY OPTIONAL sexy version of the game. The only thing changed is the romance CGs. Of course, not ALL, only the ones that could be edited producing a good result. The Summer Break ones are all good candidates for example

Others, like Anne/Dominic ending were impossible to edit (there are the characters fully clothed and Anne is even in bed!). This because I didn't even have the source PSD, but the new artist had to work starting from JPGs only. I think the result is still really good all things considered! (a preview on Patreon will show up tomorrow)

This version will be live probably next week, I need to do some tests since the game is of 2014 so there could be issues running it on the new Ren'Py.

Oh, and obviously no mobile versions, since I cannot have nudity in those games. Sorry about this.
Top
Post Reply
1 post • Page 1 of 1