Exizel wrote:Why does robe suit mages??? except for the mage's stereotype there is no reason
I don't think it is the easiest clothe to travel with and let's not talk about dungeons,swamp,...

Well there are two reasons. Most of fantasy is based off of Tolkein, which is why we have most of the fantasy genre based on certain tropes, and very particular mythology. Dwarves are not based off of dwarves but on Tolkein's dwarves for example. Elves are the same. It is why we don't get horrific elves that toy with mortals half as often as we get beautiful folk who live in the forest.

In fact little reason for an elf to have pointed ears, and dwarves to be always bearded. But over time these stick. There are some exceptions in fantasy and how it is portrayed but it is mostly people reinterpreting Tolkein. Wizards wear robes in Tolkein and base their abilities off of the color.

Also, mages wear robes to show they studied for their abilities. Like old college robes, or Judge robes, it was a sign of prestige and how far you have come and ability. Over the years, robes became less and less a sign of study. Add to all of this D&D really affected how we do this, so while Mage adventurers would more likely have a shirt and pants for easy movement, they don't. Same reason elves, dwarves, and going into dungeons are a staple of fantasy.

Sorry, such a fantasy nerd XD To be fair, I love it when these tropes are messed with myself. Magic users who don't study but get it from other places, Dwarves that are beautiful but allergic to light, evil elves that are almost sociopathic. But in games it is always more fun to just sort of play with the old tropes and enjoy it with what you can do. Fantasy is pretty creative with how it reinvisions old themes.
Top

I don't like the mage=robe=physically weak=... trope because if overuse it will kill the credibility of the world. It makes no sense for all the mages to be copy of one another and for all the mages who came out of a magic school to wear robes, because they are all differents people, some of them will ditch the robe when they leave the school.

I think the same for elf trope, dwarf trope,....
Top

Oh I agree completely. Some of these things stick that at some point a medieval fantasy without them feels weird. Mages in utilitarian stuff always made sense to me the most they can wear regular clothing so why not?, but I just meant that their clothes do inform us that they are official mages of the group who studied for it as compared to Chambara and Myrth who kinda grew out of that image, or never were part of it. Draco has bright colors because his personality and well Fire! Apolishimo is more bland but also old so white robes. Clothes sort of suit them.

I really love we will have multiple outfits because I love dressing up characters, and it can also be fun choosing your favorite aesthetic. Are there 5 outfits for each girl? 5 total so you can pick which one goes with whom? Either way, I always like stuff like this, and happy to have the feature

Robes can signify one's status or role in society, depending on the design. For practical purposes it can also be a protective garment against rain, cold, wind, and even the sun.

That being said mages don't need to limited to robes. They can wear anything whether it be to say something about the character or their environment.
Top

Here's Joanne new sprite, one of the main combinations. I really think that once he finishes with the required art will ask him to make another version of the 3 sisters with "casual clothes" and different arm poses (not completely different pose since would be too much).
This because for example the arm pose of Joanne looks a bit unnatural, and while is OK to show in the "character screen" in general is nicer to have a few variations to show during the game dialogues male characters with the new style are finished too

As I wrote in today's blog post, almost all the basic art is finished. There are still all the CG scenes but I want first to ask artist to add some more outfits and poses to the existing characters. CGs scenes can even be done by another artist so I don't have such a hurry like before 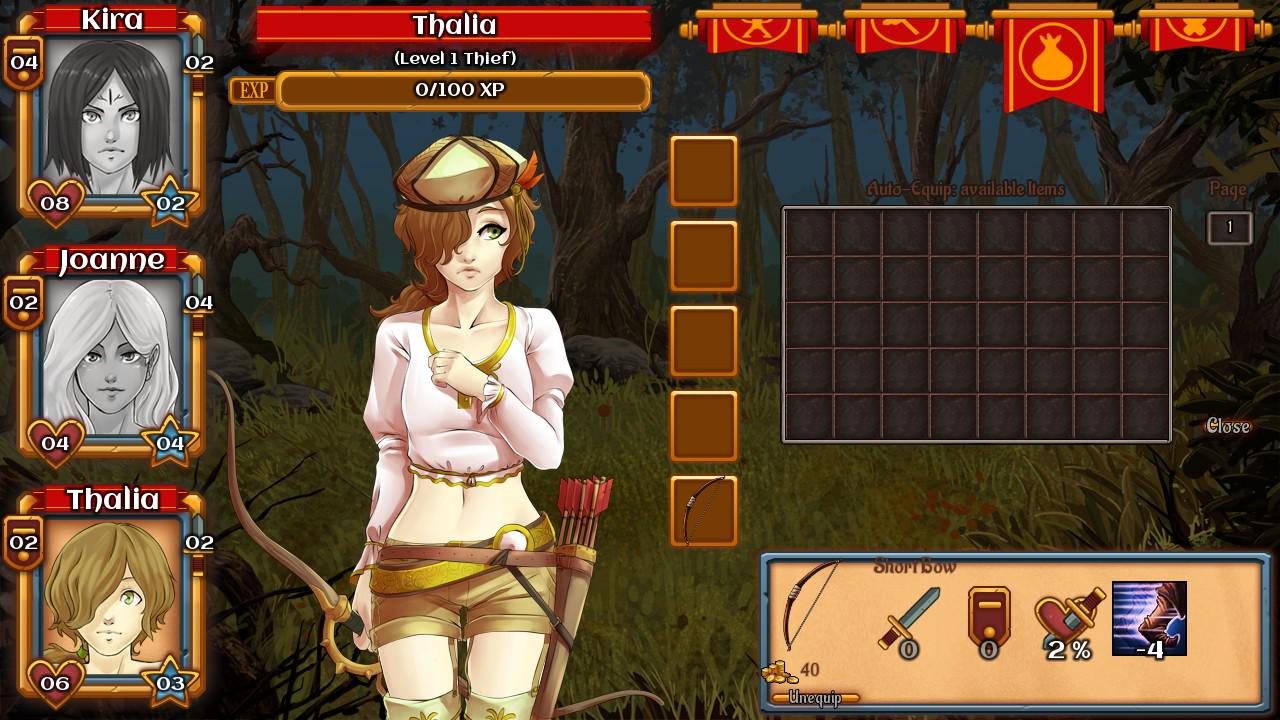 A work in progress of the new inventory I'm coding for this game. I need to scroll the image to show the feet since you can change that too 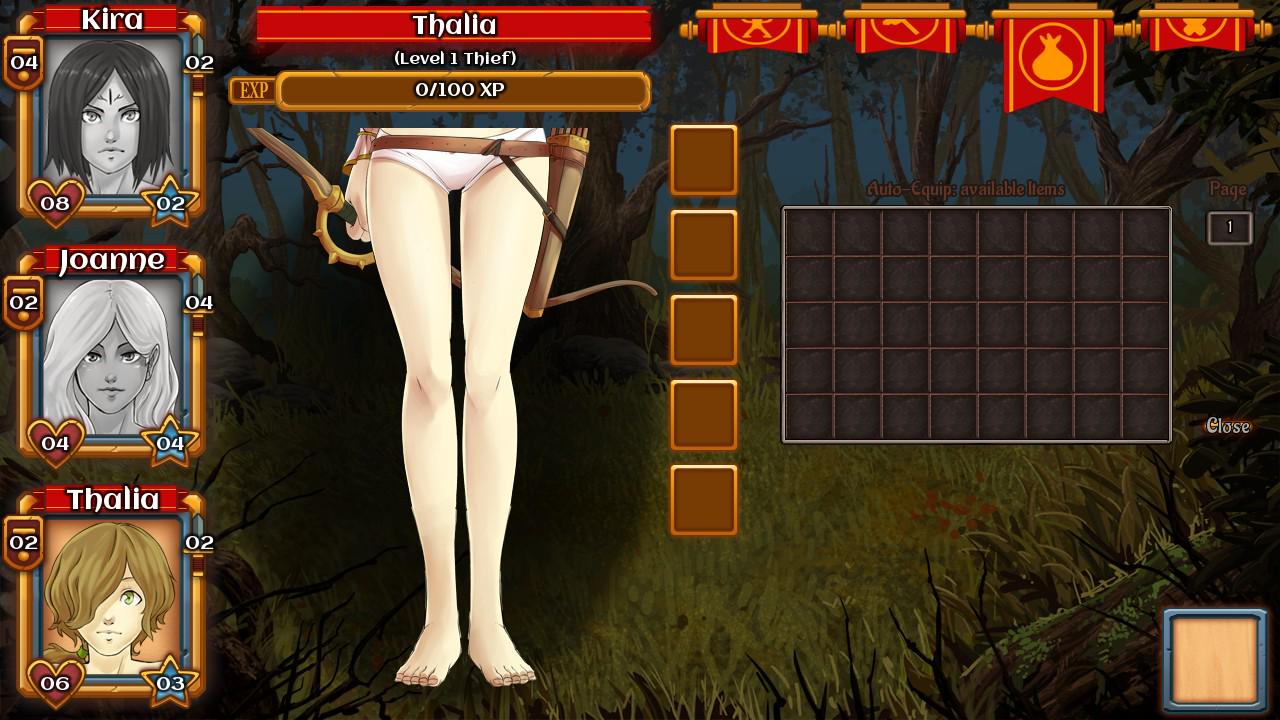 and this is what happens if you click the Legs/Feet inventory slots. Lol I've invented a new genre: "RPG foot-fetish simulator dating sim"!!

Return to “Queen Of Thieves”