It looks like a common daisy. They do have medicinal uses, so the healing ability seems fitting.
Top

I see the face. It's making me think of the talking flowers in Alice in Wonderland. Anyways, I'm still having a hard time trying to come up with an alternative name.
Top

OK I made my mind: it will be called "Smug face flower"

Jokes aside, I like Flower Of Life, probably going to use that! thanks
Top

I deleted a previous post since I was angry and tired. Yes I'm facing a lot of issues but I will simply need to adapt the cards to the framework limits, rather than having full freedom.
The main issue is with spell cards (that's why in PSCD the CPU didn't have many). Worse case I'll repeat that 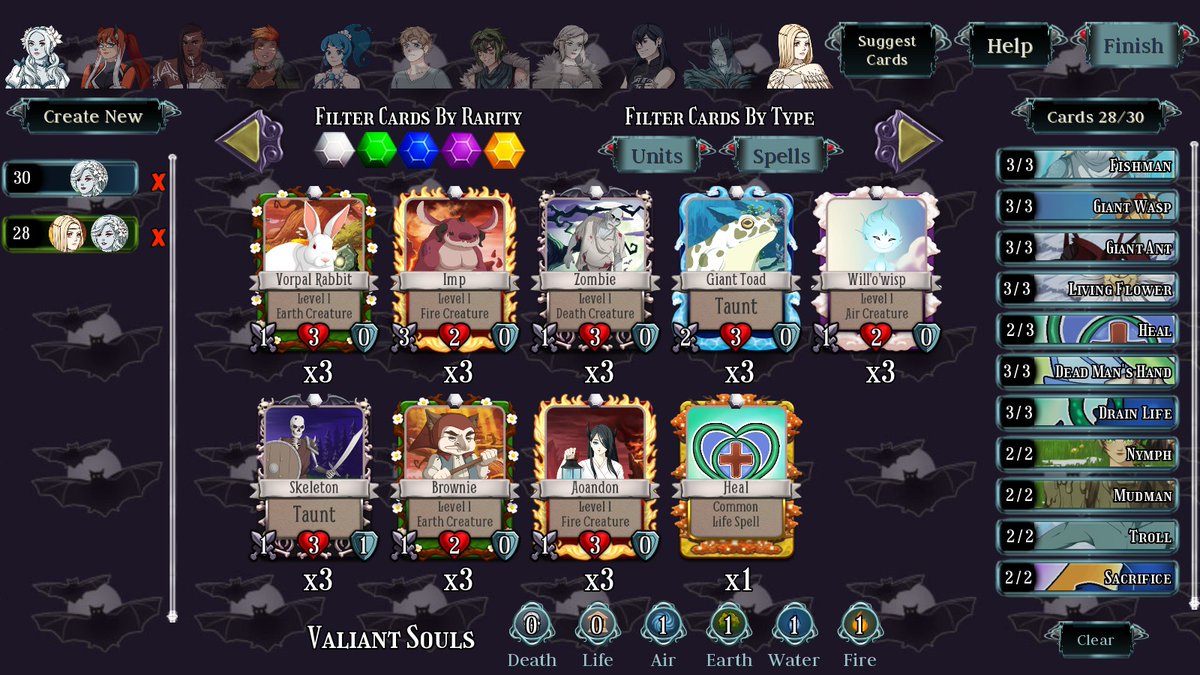 new deck screen, I think maybe I'll also add a filtering by element.
I am thinking of going with opposite element attack bonuses: air creature deals x2 damage to earth ones, etc. But maybe x2 is too much, so I'll do like +1 damage or something.
Early tests on spells made obvious that it's not possible for the spells, otherwise they become too powerful

so if I add this will be creatures only.
Top 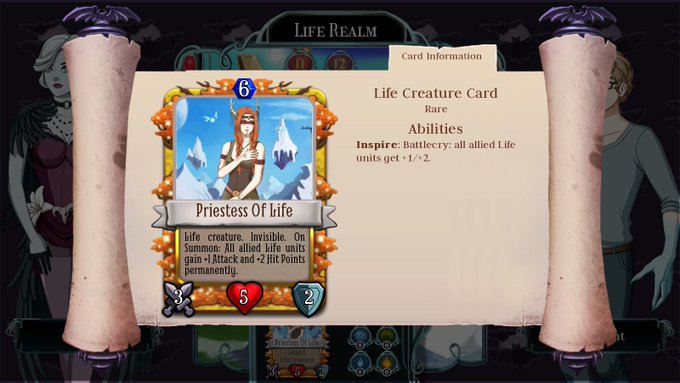 The more complex the game, the more chances of bugs

This one I found completely randomly, and it's hilarious: in the map before each battle you see a preview of the card rewards. If are creatures, you could upgrade them, even if they weren't yet yours (collected)

Not a big deal in the end, since the AI uses a separate upgrade system, but still was funny to see.
Top

So today I'm stuck again lol.
I wanted to code a function to automatically add spells based on the correct alignment (since depending order/chaos you'll face the opposite heroes in some fights). It turned out to be basically impossible, I thought was working then at one point it crashed with a mysterious "card already in hand" exception

I definitely can't risk anything anymore so probably the enemies won't even use spells at this point... I can't surely code 60+ battles with two variants depending if you're order/chaos (would be 120 fights and it's just insane). At this point I just need to find a way to get out of this hell alive and with a working game 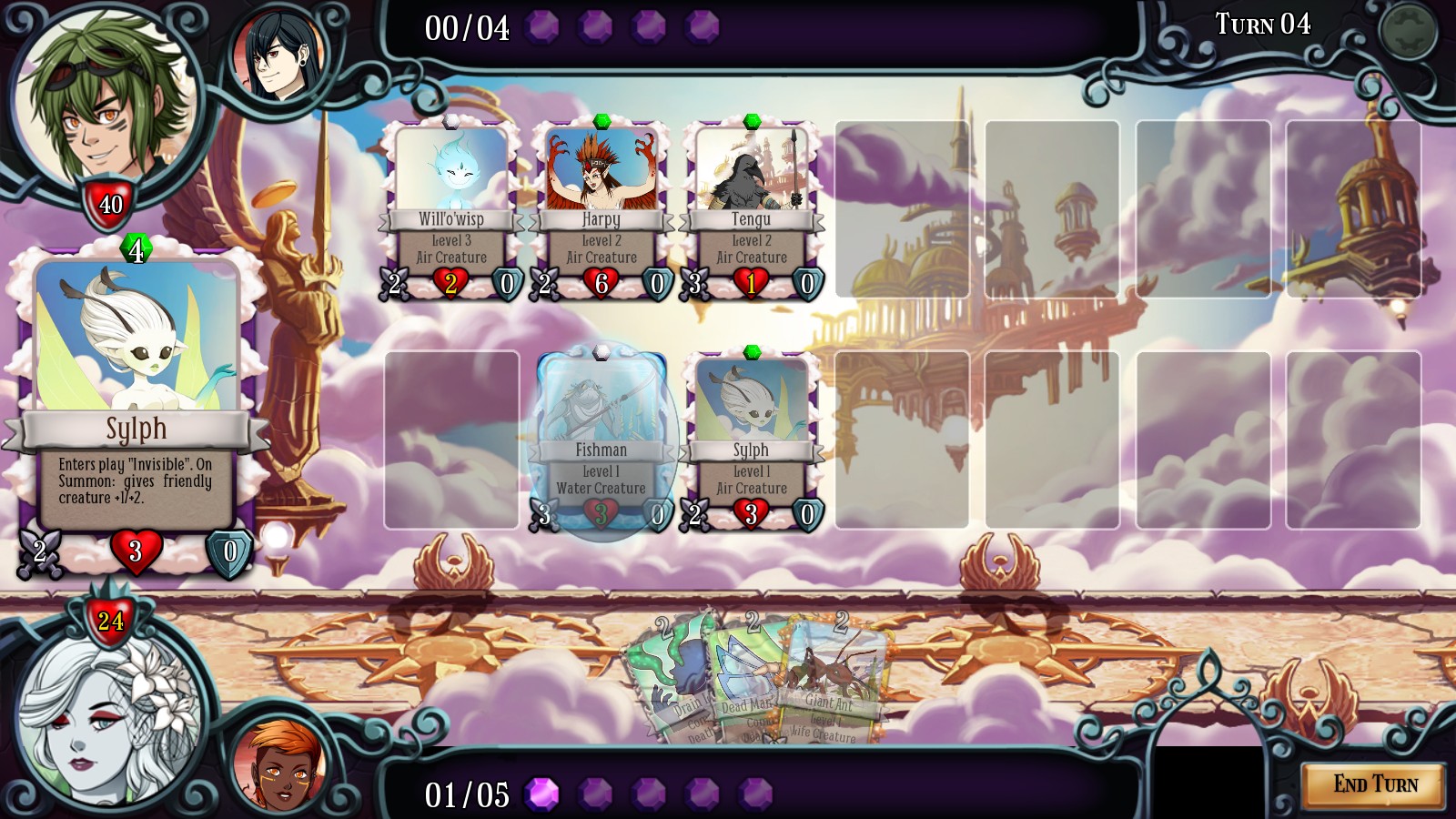 The enemy heroes spells needs to be custom made (even if are same as the player can use) because they use "select card..." aim condition, so even if the AI plays them you would see the text "choose target for spell X". Allowing the player to choose which targets the AI should hit with spells seems excessive