There are so many art threads that I thought to start a new one with the recent art!

Here's a sneak preview of one of the romances, Ace/Angel: 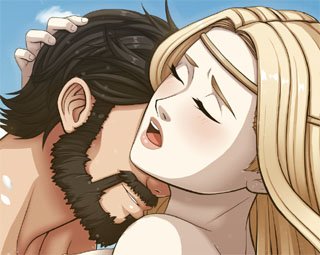 this game romance CG are superamazinglyhot. More than Loren's

Seriously, even in the censored (fully clothed) versions, the characters facial expressions are totally hot

and the uncensored ones... ahem

Now, you must post a Lily/one of the girls teaser. I want to see that.

I will do a full preview of ALL the romances like I did for the other games. Considering the artist's speed will probably be ready next week!

I just wanted to say that I really, really like the new art for Undead Lilly. With the old art + card game aspects, I wasn't sure I would play this game. But now I am 100% positive! I'm really looking forward to this game.
Top

Yeah the card stuff is more niche, I'll need to think what kind of games to do with that system 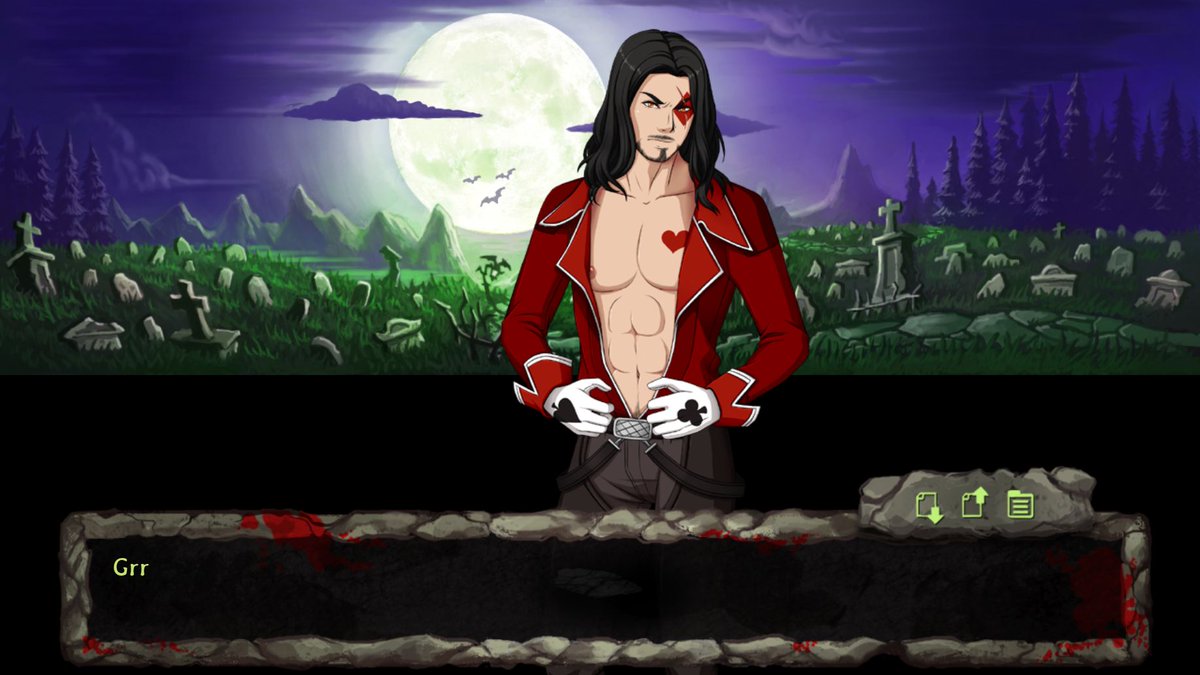 today started adding all the sprites to the game. It's not insane like Love Bites, but not bad either

The main issue is that the backgrounds were done at much lower resolution (at those times I was using 1024x576!

) so they won't work anymore because they only cover half screen vertically. I can still use them in the fights, since there will be other UI around that will cover part of the screen.
So I'm probably going to use custom backgrounds instead. Luckily I have already a graveyard one ready

Also the GUI is not the one of the game, but I'm going to add that as last.
Top 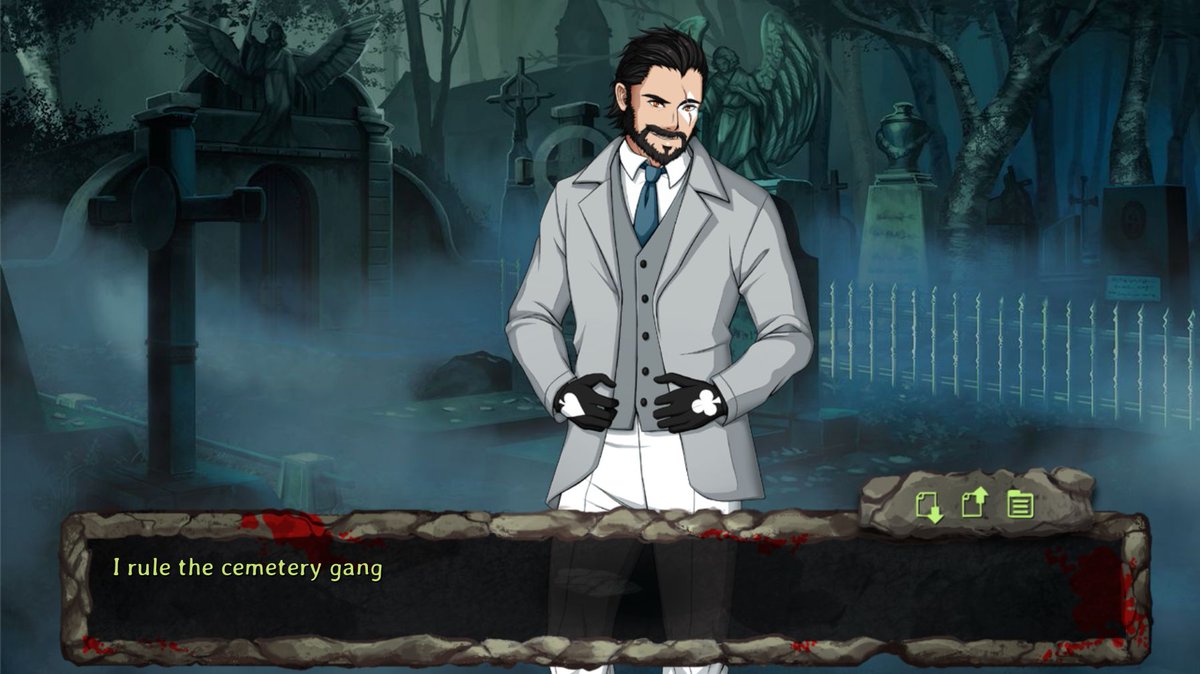 haha it's a pity that I'm not writing this game myself. You would miss such gems!

Jokes apart the Ace Order version is my favorite 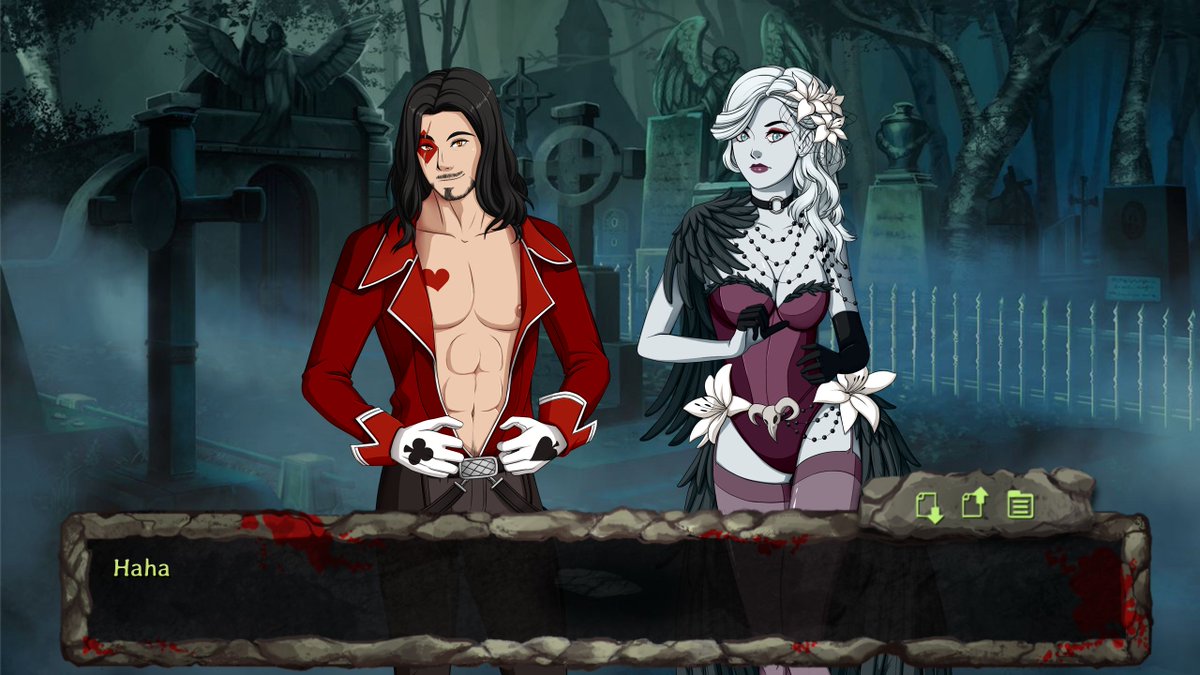 an image of yesterday, I scrapped the work to redo the sprites at much higher quality - so even if you play fullscreen at 2560x1440 they'll be ultra-crisp! 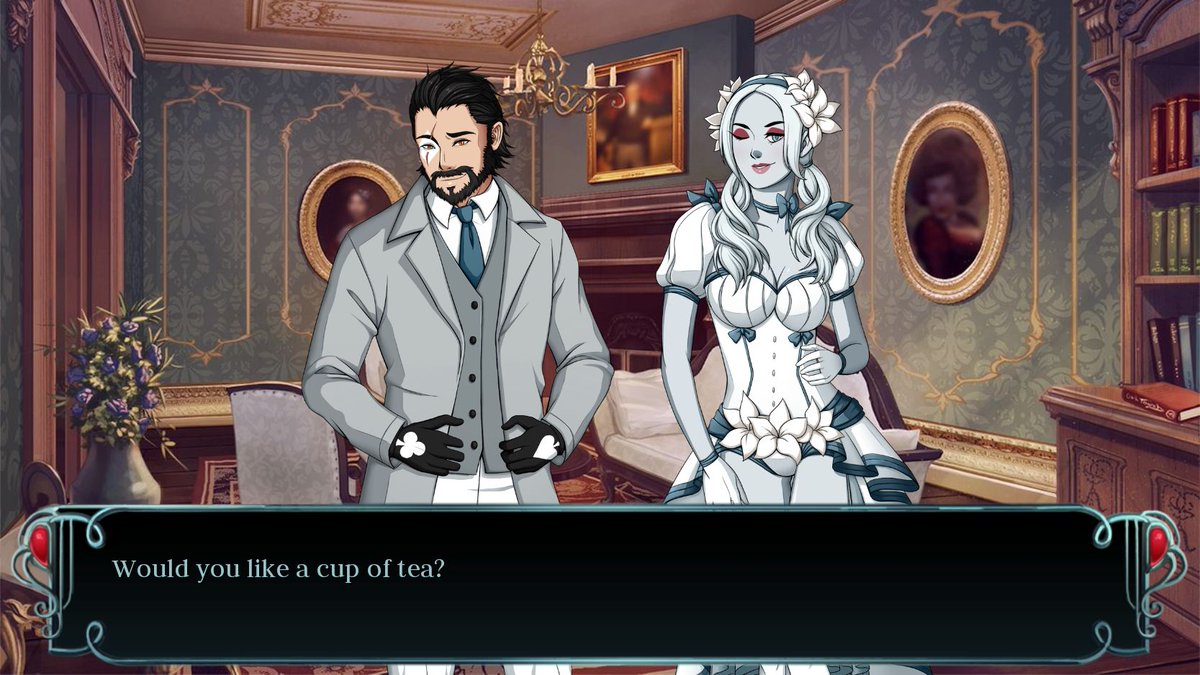 Also added a bit of the official GUI