Ah nothing, it's only that for now I used a text button, but in the final GUI I'll use the "end" button

Mouseover is good though on mobile that doesn't work. My idea though was that in this game using icons, you wouldn't need to remember each creature skills/effect.
I might also use the space at bottom (where are the small cards right now) or simply have 3 vs 3, then there would be all the space needed for the mouseover zoomed card on the left 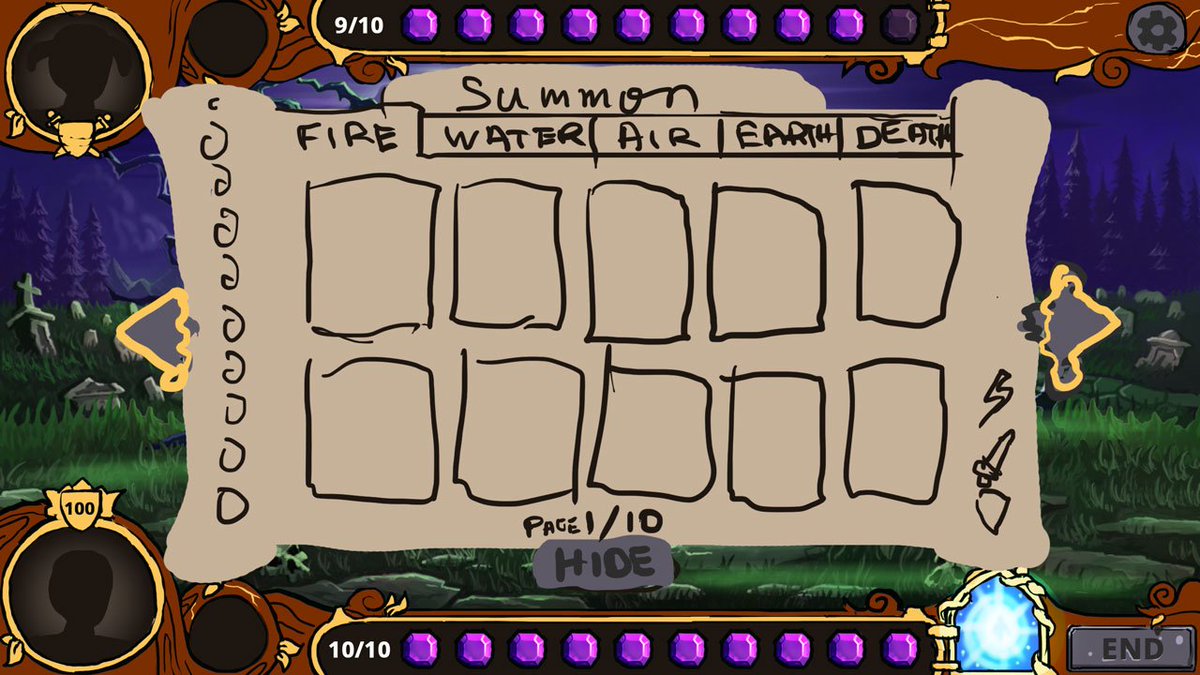 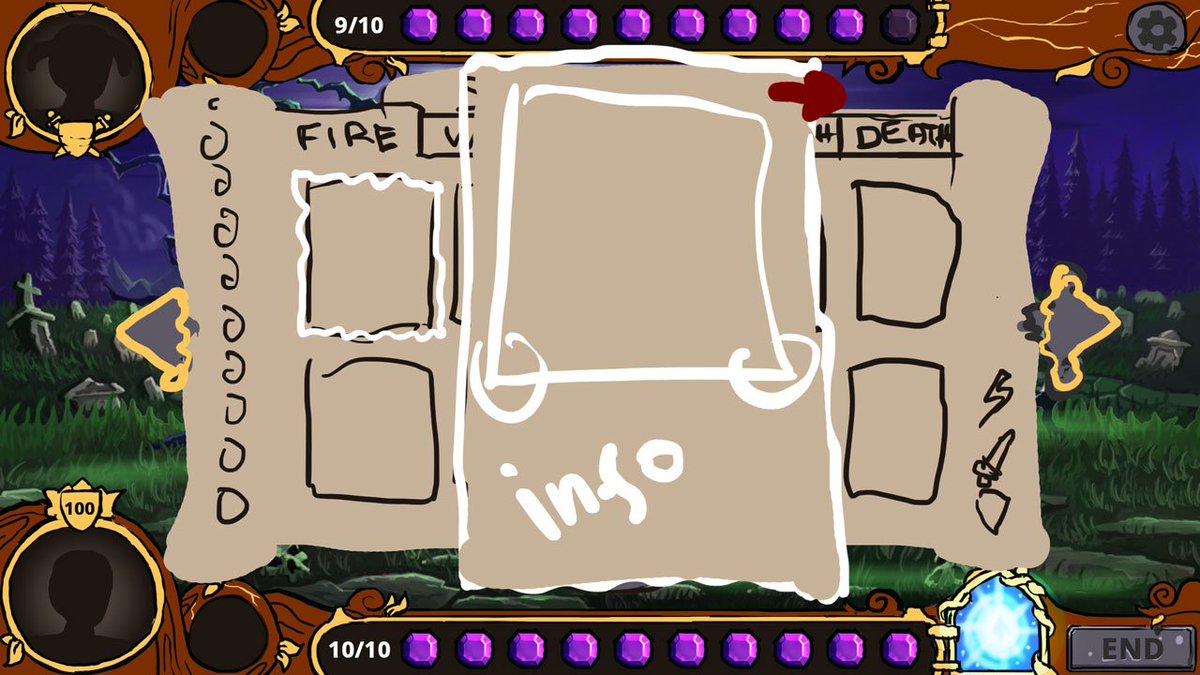 some mockups for the summoning GUI. I might still do that "quick bar" showing up on the right edge of the screen, but I'll keep this GUI in any case, as a sort of "creatures encyclopedia"

Huh, I can see what you mean when you say these graphics were made five years ago. They don't look very HD to me.
Top

I'll make a build just for you with this mockup GUI 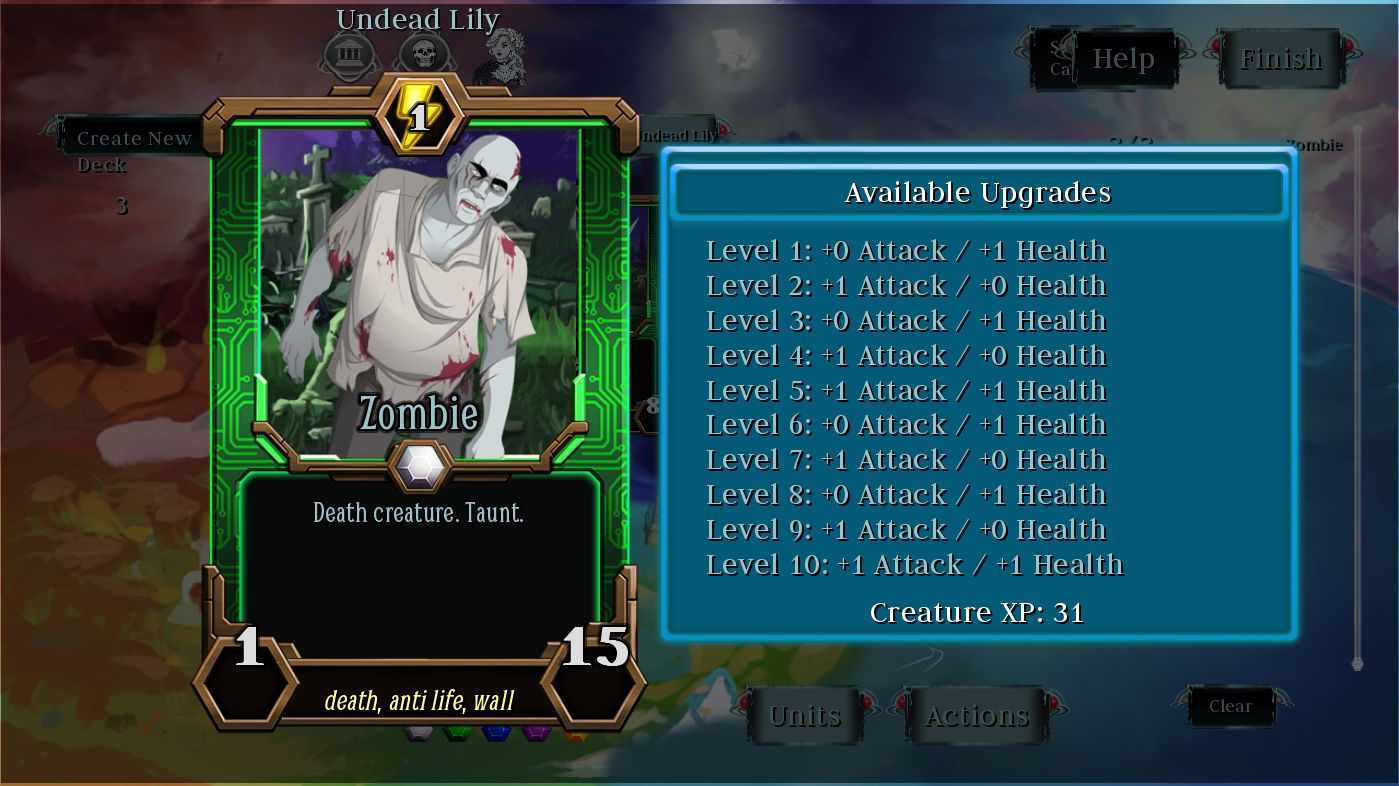 I've implemented the creatures XP, and even without touching Anima's framework! Just using an external python dictionary. The current plan, which might change once Anima can work on this and tell me "what were you thinking? it's not possible to do this and that" is to have 10 levels each creature.
So differently from PSCD, you'll need the right resource (death mana for example) but ALSO the required XP to level up a creature (that's the current idea).
Like in PSCD instead, leveling up increases the stats. However, I wanted to have two unlockable skills/trait each creature (though I might go with just one maybe since there are 72 different creatures after all).
For example at level 5, the skeleton could gain "Shield Bash" and then (of course, assuming it's a feature Anima can add) use the skill in the battle to stun an enemy opponent.
Some creatures will of course have default abilities available immediately from level1.

I think I'm going to wait for this game now, since doesn't make sense for me to plan a lot of skills if I don't even know if it's possible to use this idea

Update: Anima just emailed me and sait that doing those new features shouldn't be a problem

So in the next days will do the design of all the... 72 creatures!

Zombie Wall. That's all I have to say.
Top

Haha yes, obviously it will use "taunt" instead of wall in this game. Though a card called "zombie wall" would be ... terrific!

Any possibility zombies could have something where a body part falls off in battle and that part keeps fighting independent of the main body?

Maybe the only way to stop the zombie altogether is by destroying the head and/or heart, like in movies?

BobTheMob wrote:Any possibility zombies could have something where a body part falls off in battle and that part keeps fighting independent of the main body?

Lol let's not get carried away

Though to be honest there's something like that in one of the skills I have planned.

The death creatures design currently is:

I am not sure what word to use to indicate enemies that can ignore taunt opponents. In PSCD we had "Walls" (instead of taunt) and the trait was "Breach" or Fly. Fly works even here, but Breach seems weird to me?
Maybe I'll just use "Ignore Taunt"