This is art from a SMALLER (for real!) CYOA/RPG (not sure how much RPG yet though) game which will work on next year (this year is impossible!) but I wanted to get the art done already. The player can be male/female and can romance 2 males or 2 females (see, a smaller game!), but like my other game Cursed Lands, since you can choose the race etc of your playing character, everything will be seen in first person (so including the romance CGs).
Now I have no doubts about the female characters, they look hot and different enough, but I'm not sure about the males

So I wanted feedback mostly on them (I include both the male/females just for fairness). 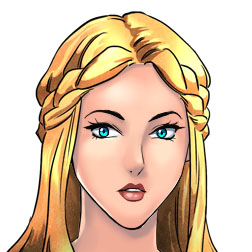 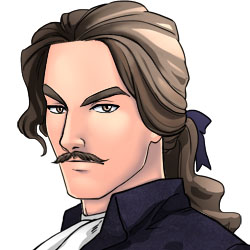 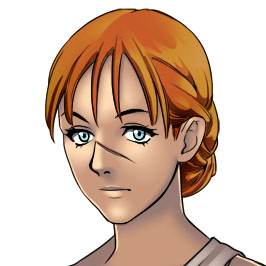 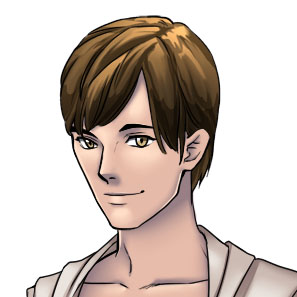 Since I wanted to commission the CGs, I need to be sure about their looks before I do the CGs

To be honest the only one I have doubts is Titus, since even Lambert with that moustache looks cool

Firstly I think Nora looks amazing, I love her eyes and that scar <3 <3 <3!
Esmeralda really does give that princess image and while it is not my personal favorite I do think she looks good.
Lambert..... Subjectively I am very much against guys with mustache, especially that type, but objectively I think he does look good and think he can be pretty popular with BxB fans.
Titus I think needs a bit more work, he doesn't look bad but I think his head shape needs some work at (his) right side, can't really find best words to explain but I think it looks a bit too thin or long, and part around his right eye just looks a bit off.

Also about you being able to chose race etc. of your playable character, while I think that this is a good thing if it is put on scale with game being fully from first person prescriptive and you never being able to actually see character you play with I would say it is better to just have a predeterment race and characters you can see with your romance interest. Offcourse this is just my opinion, but you might want to ask for opinions of others before you decide, maybe make a pool or something.
Top

Thanks for the feedback. I am quite determined to go with first person view though, since in some cases it can even be more immersive since you see with the eyes of your protagonist. Also all my other games show the playable character, so I want to try. Last but not least with this system I don't have to draw each CG twice just for the gender (and maybe even more because of race and other variables).
Top

Haha, I wanted to have a character more original than the usual ones

I'n not really a fan of mustache(I hate them) but that is just my taste,
For Titus....well the first thing I tought when I saw him is "villager A".
Can we see his full sprite?

edit: in this case it's guard A.
Top

Yes I think it's a bit too "anonymous" too. The full sprite has just an armor or alternate clothing so it's not like can change much the opinion of him. I think he is the only one I need to change maybe completely the face...
Top

Unless Titus is a brand new recruit to the Guards, I recommend he look somewhat older.
Why? I like big ones, that's why.
Top

Titus and Nora are supposed to be more or less same age (Titus actually should be older), but yeah he seems even younger! haha I think I need to redraw his face indeed

Today wrote a good amount of screenplay for this game (which will be rewritten by a "real writer" of course). I think finally could manage to keep a game at reasonable size, and still add sexy stuff (both male/female) and an interesting story. We'll see